With a long road behind him, Quinton Byfield ready to roll in Ontario season debut 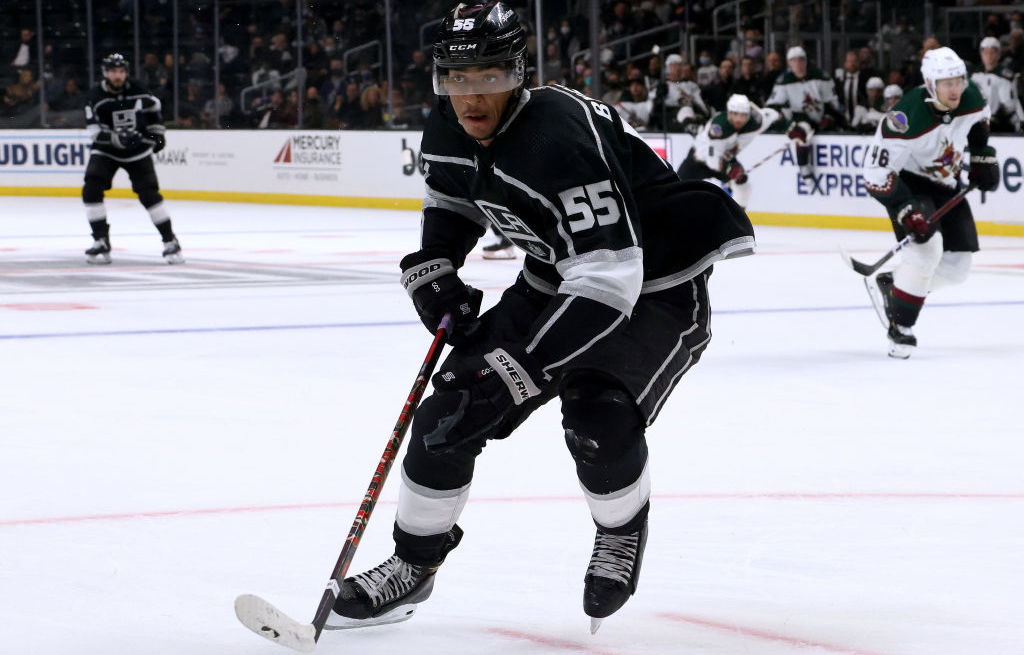 It’s been a long road of recovery for Quinton Byfield.

Ever since he fractured his left ankle during the preseason against Arizona, Byfield has had his sights set on working back into game action. From progress he made away from the ice, to skating on his own, to rejoining the Kings in a red, no-contact jersey, to eventually skating in full with the NHL group last week, it’s been steady signs of progression for the 19-year-old centerman.

Now, Byfield is set to take the latest step in his recovery process – game action. Byfield was assigned to the AHL’s Ontario Reign on Sunday morning, with the hopes he would feature for the Kings’ primary developmental affiliate this week. That day was supposed to be Tuesday against Bakersfield, before that game was wiped out due to COVID complications for the Condors. Now, with the San Diego Gulls visiting Ontario, that day appears to be tonight.

“Super excited,” Byfield said, earlier this morning. “I’ve been off for nine, ten weeks now and I’m excited to get back in the swing of things, be around the guys and just be able to contribute again. I’m just excited to play.”

Byfield’s season debut wasn’t supposed to come at the AHL level. Heck, in a normal season, it wouldn’t even be able to come at the AHL level. Eligible only to be assigned to the AHL by an exemption, created by last season’s exemption, Byfield is able to play for the Reign because he did so last season, when the OHL’s 2020-21 campaign was wiped out due to the COVID-19 pandemic.

Even with that option in their back pocket, there were no plans to assign Byfield to the AHL to begin the 2021-22 campaign. The 2020 first-round draft pick earned his place on the Kings opening night roster, only to see it taken from him by a freak injury during one of the final preseason tune-ups. One of the preseason’s strongest storylines, wiped out in one, awkward collision into the boards.

“Quinton Byfield, in my opinion, had earned a spot,” Todd McLellan said, on the day that Byfield was placed on injured reserve.

What individuals have earned, and what they actually receive, can sometimes be two different things. For Byfield, he earned the opportunity to wear a Kings jersey on opening night. Instead, he was in the press box, watching alongside other injured players and healthy scratches. Not always fair how things work.

Through his experience though, on the outside, watching, learning and rehabbing, Byfield soaked it all in. He was able to gain perspective on the Kings from watching each game from above, following along with systems and keeping the mental side of his game sharp.

“Just watching those games made you miss the game quite a bit,” Byfield said. “It’s different, watching from up high, the game looks so much slower, and a lot easier. I know it’s a fast-paced game and there’s things that you see from above that you just don’t see on the ice. Little plays you can make, if you cut back up, you can spot a high guy differently, things like that. Watching other teams, breaking down their systems, seeing when you play them, what you can do against them.”

Early in his rehabilitation process, Byfield gained a partner.

“It was good, because I think Drew has been around enough to witness individuals come back, and the amount of hard work they had to do,” McLellan said. “Drew’s never, knock on wood, really been hurt, so it was new for him too. To have each other, in the gym in particular, to push in those situations, it’s valuable to have somebody around you and give you a little bit of encouragement. Had either of them been on their own, it would have been better for the team, but maybe not for their recovery.”

Doughty proved to be the perfect fit as a workout partner for Byfield.

Neither player has really gone through an experience like this, with Doughty fortunate enough to avoid severe injury in his career to date, and Byfield working through his first, normal professional season.

Byfield was quite to credit the vocal Doughty for the role he played in the process, and was happy to have the experience to work alongside such a competitive teammate.

“It definitely sucked that we were both injured, but it was good to have someone going through a little bit of the same thing that you were going through,” Byfield said, of Doughty. “It was nice to have him. I learned a lot from him, he’s a very competitive guy, we were always battling about anything you could put out there. It was good to get to know him, how he acts and how he plays, being around him was good.”

The recovery process has now taken Byfield to a familiar stop, though one that there was some hope he might not see again – The AHL.

Without an OHL season, Byfield became eligible to compete on a full-time basis at the AHL level as an 18-year-old, collecting valuable experience playing against men at such a young age. The Ontario native tallied 20 points (8-12-20) from 32 games played as one of the league’s youngest players, turning some heads in the process and earning an NHL recall towards the end of the season.

The Reign now present a familiar setting for Byfield to get his 2021-22 season off the ground. With familiar teammates, a familiar coaching staff and familiar terminology, the transition back to the Ontario group should be seamless for the team’s newest center.

“Yeah, I think so,” Byfield said. “Knowing the coaching staff really well, knowing what they expect of me and knowing what I can bring to the table definitely helps with my return. Being close with the guys as well, I think it’s a little bit easier to come back to, and I’m excited.

With a week of practice and now today’s morning skate behind him, Byfield has his sights set on tonight’s game versus the Gulls. While he was familiar with his expected setting – Mechanic’s Bank Arena in Bakersfield – tonight will be his first game at Toyota Arena in Ontario. The Reign played their games in El Segundo last season, in front of an empty building.

“It will definitely be cool, for sure,” Byfield said. “I haven’t played in front of a full building in a while, so it’ll feel like a playoff game out there for me today. Excited to have fans back in the building and hopefully I can do something for them.”

Regardless of the venue, and the external circumstances, Byfield is prepared, comfortable and most of all, ready to return tonight. 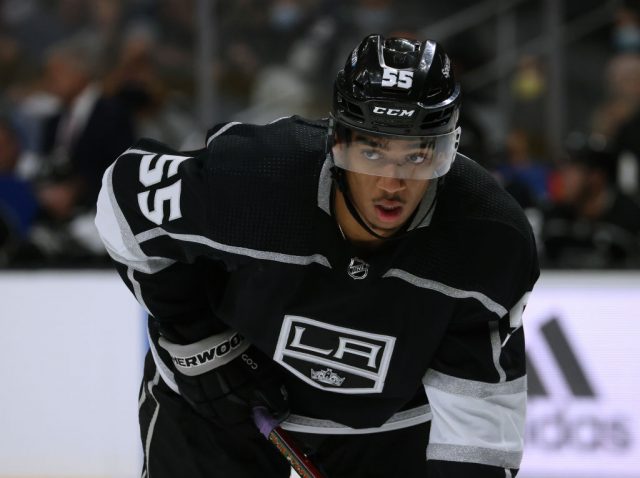 By Zach Dooley
635 Comments
Behind the Scenes

Happy Hump Day! As we progress through the defensemen who played a full season with the Kings, we turned to veteran,

By Zach Dooley
221 Comments
Behind the Scenes

Happy Hump Day! We’ve covered the goaltenders and the forwards, some via individual articles and others via group pieces earlier in