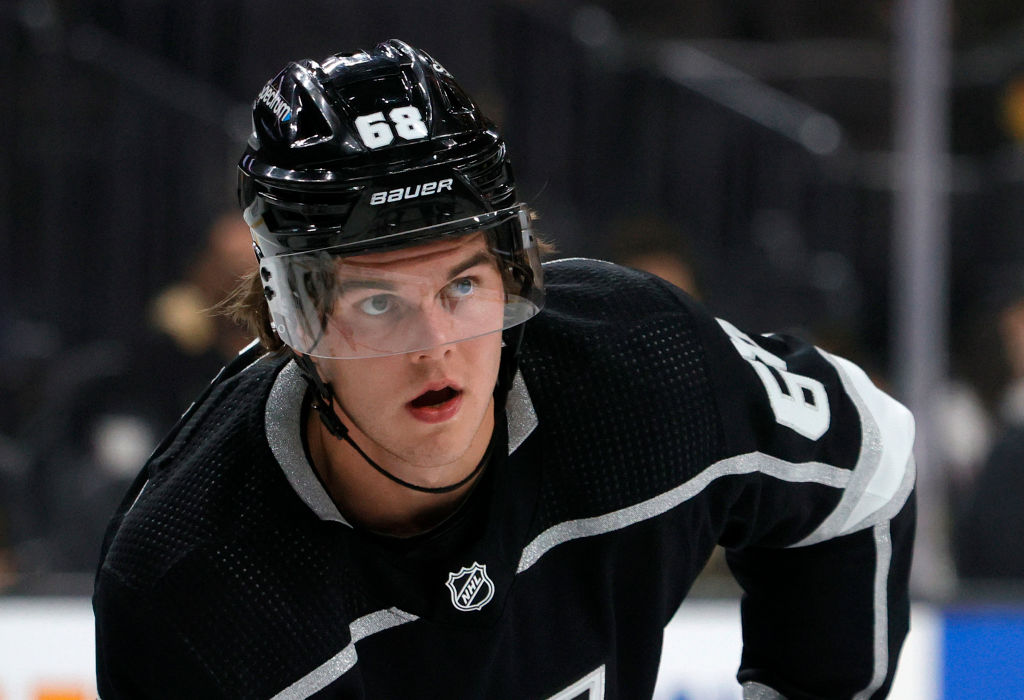 TONIGHT’S MATCHUP: The LA Kings hit the second half of a back-to-back this evening against Tampa Bay, looking to rebound from yesterday’s loss in San Jose.

HEAD-TO-HEAD: Tonight’s game concludes the season series between the Kings and Lightning. Tampa Bay took the first meeting on home ice back in mid-December in an entertaining, 3-2 overtime decision. Defenseman Drew Doughty and forward Viktor Arvidsson scored in Florida, while Anze Kopitar, Alex Iafallo, Phillip Danault and Matt Roy each tallied an assist. The Lightning have won nine straight games against the Kings, dating back to 2016.

KINGS VITALS: This evening’s game marks the seventh back-to-back of the season, with the Kings 3-2-1 to date on the second halves of those games, including 1-0-1 on home ice in those situations.

Considering said back-to-back, goaltender Cal Petersen is expected to get the start between the pipes for the Kings this evening. Petersen has never faced the Lightning before in his NHL career. The 27-year-old netminder has won each of his three starts since exiting COVID Protocol, allowing just two total goals across the three contests.

As they were yesterday, the Kings will be without forward Adrian Kempe this evening against Tampa Bay, as the team’s leading goalscorer entered into COVID Protocol on Sunday in Seattle. Last night, forward Samuel Fagemo skated in that spot on the top line, in a 1-for-1 swap and did not look out of place in doing so. Todd McLellan indicated this morning that the Kings could “move our lineup around a little bit”, though did not specify direct changes.

Earlier today, the Kings held an optional morning skate, considering the game played last night. Andreas Athanasiou was on the ice, as was forward Carl Grundstrom. Athanasiou is coming off of a groin injury, and is still on IR, while Grundstrom is still officially in COVID Protocol, with today marking his first skate back with the team. Neither are expected to play today.

With that in mind, here’s how the Kings aligned yesterday afternoon in San Jose, for reference –

With the Lightning not having played since Saturday at home, expect to see usual starting goaltender Andrei Vasilevskiy between the pipes this evening. Vasilevskiy is 6-2-0 all-time versus the Kings, with a .923 save percentage and a 2.58 goals-against average.

Per Gabby Shirley of TampaBayLightning.com, here’s how the Lightning aligned during practice yesterday in Los Angeles –

a look at the lines this morning …

The status of right-shot defensemen Erik Cernak, Jan Rutta and Zach Bogosian, not listed in those pairings, are all at different places as it relates to tonight’s game. Bogosian will not play, while Cernak and Rutta could. Forward Ondrej Palat is “doubtful” for this evening’s game against the Kings, per Shirley’s reporting earlier today.

Tackling Tampa
The Kings did a good job the last time these two teams played, the 3-2 overtime game in Tampa Bay. That game was perhaps the best the Kings played on their trip to the Southeast, despite the results on that trip, with a competitive, entertaining contest. One missed call in overtime could have swung the extra point the way of the Kings.

Tampa Bay was obviously without two of the league’s elite forwards in Brayden Point and Nikita Kucherov, who are difference makers when available. The Kings were more fully stocked, though they did not have Mikey Anderson and Blake Lizotte that night.

McLellan addressed a couple of keys for success tonight, that worked in that game, starting with defending. Keeping the Lightning to two goals in regulation, as the Kings did in Tampa Bay, gives you a chance to win and that will certainly be a key that is as lockdown defensively as they are potent offensively.

“I think keeping Tampa to two goals [in regulation] is a tough task for any team in the league, but it gives you a chance to win,” McLellan said. “If they start running away with it, they get so much credit for their offense, if they get three or four goals they have an unreal chance at success simply because they defend well too. They play tight, defensive hockey and their goaltending is outstanding. To prevent was important in Tampa and it will be again tonight.”

The other element is special teams, which were a strength for the Kings in that game in mid-December but have not been a strength overall as of late. The Kings surrendered two power-play goals yesterday against San Jose, and with the aforementioned individuals back in action for the Lightning, that man advantage presents an incredibly potent challenge.

“We found a way to get a power-play goal in their building, which was important,” McLellan said. “Their power play, with Point and Kucherov back in the lineup……our penalty kill is still not where it needs to be, obviously. It will get tested again tonight if we’re undisciplined.”

A lot of things that are easy to say and write, but harder to execute. Key points to look out for this evening in Los Angeles.

Sam I Am
Samuel Fagemo now has two NHL games to his credit, with yesterday’s contest in San Jose doubling his career total at this level. Fagemo lined up on the top line yesterday, in place of Adrian Kempe, as he skated more than 18 minutes with Anze Kopitar and Alex Iafallo.

Fagemo said this morning that Kopitar told him to just go out there and play his game, and to have some fun with it. Nothing special, but certainly a nice moment.

“I was pretty starstruck that morning when I saw the lines, but I don’t think I felt any pressure,” Fagemo said, of skating on that line. “I was just trying to have fun with it and take advantage of the situation. It was so much fun, I’ve been watching Kopi for years, it was a big moment to play with him and AI.”

Whether he plays there again tonight remains to be seen, with Todd McLellan suggesting the Kings may shuffle their lines a bit for today’s game against the Lightning.

That doesn’t change how well Fagemo has showed himself here at the NHL level, impressing McLellan and the staff with his attention to detail, his game management ability and how well prepared he was coming up from the AHL.

“I think Sammy’s been fine, no matter where he’s played,” McLellan said today. “The details in his game are as good as any young player that we’ve brought up and what I mean by that is understanding situations, his game management skills are really good. Will that continue as the years go on, if he stays here? I certainly hope so, he seems to be very detailed in his game, which puts him usually in the right spot, the puck is coming to him. Signs of a confident player, signs of somebody who feels like he fits in.”

Regardless of line, a pretty impressive thing to hear about a player who is just six periods into his NHL career.

Fagemo’s toolkit enables him to be successful in multiple situations. He was effective on the fourth line on Thursday and he looked like he belonged on the first line last night, even in a tough game for the Kings as a whole.

He noted the differences between the AHL and the NHL today similarly to have others have done so. Pace is almost always mentioned, while also talking about the need to be focused for a full 60 minutes.

“Just how the game works, there’s a big difference between the [two leagues,” Fagemo said. “It’s a faster pace and I think you have to be focused all the time here [in the NHL]. I think that’s the biggest difference.”

Assuming he continues in the lineup this evening, Fagemo has done all the right things thus far to show he belongs at this level.

Quick two-game homestand begins tonight with the Kings and Lightning – Puck drops at 7:30!

By Zach Dooley
820 Comments
Behind the Scenes