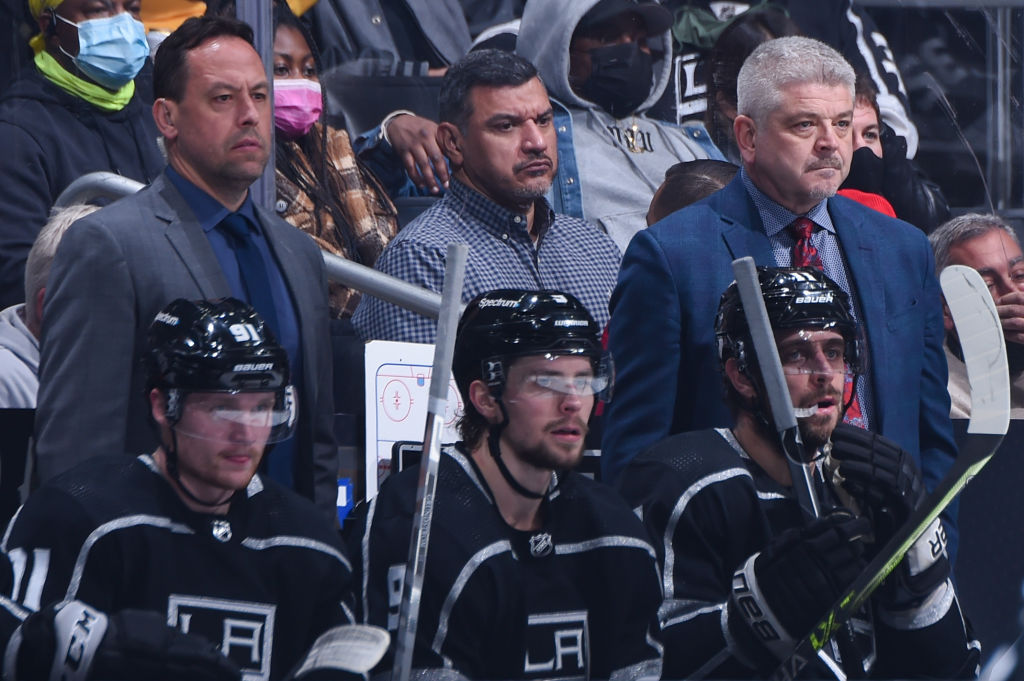 Insiders, not the homestand we were looking for. I know you don’t need me to tell you that. Entering with a ton of optimism, riding an eight-game point streak, the Kings finished a seven-game stretch on home ice with just one victory, to go along with what more or less amounted to five, one-goal defeats at home. Two defeats in games that went longer than 60 minutes, two defeats by a goal in regulation and a two-goal defeat with an empty netter.

The Toronto game aside, the Kings were in every game they played on the homestand. If you include the Washington game, with the empty netter, six of the seven games were decided by one goal, and the Kings dropped five of those games. It’s about the little details, as Alex Edler discussed last night. Sometimes it’s one play. One opportunity that doesn’t go for you, and the same opportunity against winds up in your net.

“It’s a tough time right now, because if you’re bad, you’re really bad, you can go after the group and fix things, but we’re so close,” Todd McLellan said, after yesterday’s game. “As Alex Edler said, I think he probably put it best, it’s just one small mistake that costs you. We’ve got to get on the other side of that small mistake.”

It wasn’t long ago that the Kings were on the right side of that small mistake. When they were on their seven-game winning streak, the puck was hitting the right post, not the wrong post. The right team wasn’t hitting an open net. The timely goal came for one power play and not the other. Seemingly, right now, that’s all going the other direction, and you’re seeing it in the results.

The Kings have played 22 games this season, and they’ve scored three or more goals in exactly half of those games. The Kings are 8-2-1 when they score three goals. When they fall short? Just one victory from the other 11 games played.

McLellan has said it several times before – The Kings can win games 3-2. It’s a 3-2 league, right? Post your Darryl Sutter memes in the comment section. You can’t win games 3-2 though if you don’t score three goals, and all too often lately, the Kings are that one goal short.

“I think we’re playing well, we just need to learn how to score,” Drew Doughty said, after the Anaheim game. “I know we scored four [against Anaheim] but there were times when I was watching where we could’ve put teams away and we let them hang around. All of a sudden, it’s the third period, that’s been the LA Kings story since I got here. We need to bear down and score more goals.”

Doughty’s return to the lineup will help in that department, in a few different ways. First, Doughty is a defenseman capable of driving offense from the backend, something the Kings struggled to do in his absence. Before Sean Durzi’s first career NHL goal, the last time a Kings defenseman scored was Doughty on opening night against Vegas.

In the two games since Doughty returned, the defensemen have a goal, through Alex Edler last night, and were responsible with primary assists on four others, as well as one that was disallowed on a controversial call. Doughty had one of those primary assists, and perhaps his insertion back on the team’s top pairing will drive others to contribute in similar ways, with Edler and Matt Roy both providing primary assists through point shots against Anaheim and Calgary.

Looking at the homestand, in the larger picture, the Kings were 1-0-1 against Arizona and Ottawa. Two teams you’d like them to have beaten. The other five opponents? A combined record of 73-29-16. Schedule is no excuse, you have to beat the teams in front of you, and it certainly won’t be an excuse for an upcoming gauntlet of opponents here in December.

Over their next eight games, the Kings will face all four division leaders by points percentage. Three of the other four opponents are currently in playoff positions, and the final game is on the second half of a back-to-back, with travel, in Vancouver. There’s not a single “easy” game in that mix.

You can’t just chalk up losses to a schedule, as Doughty expanded on after the quote given above. With a stern set of challenges ahead, finding a way to get back on the right side of those one-goal games will be important for a team that each goal is critical for right now.

From today’s skate, a highly optional group on the ice today. Quick skate for some, mainly those who played last night, with Andreas Athanasiou back with the group today for the first time since he was placed in COVID Protocol. Quinton Byfield also was on the ice…..in a full-contact jersey. More to follow on those two as we get additional information.

Additionally – Forward Akil Thomas has been activated from injured / non-roster list and has been assigned to the Ontario Reign. Thomas could make his season debut tomorrow evening in Bakersfield, story to follow later on today, including an interview with Akil before his first game back.