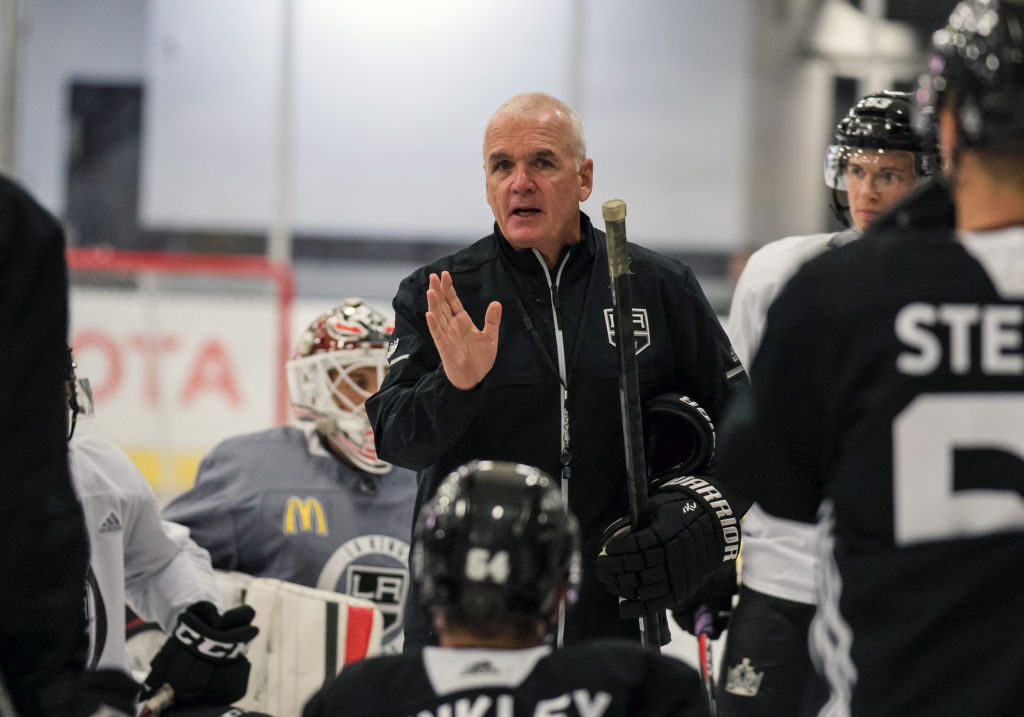 Throughout my time in hockey, I’ve traditionally found that two types of things are remembered by people in the industry when they reflect back.

The first is, naturally, winning.

For Mike O’Connell, who departed the Kings organization this summer after 15 years in LA, winning was an obvious one. O’Connell was an executive on two Stanley Cup teams in Los Angeles, with a lead role in player development.

“The two cups were terrific, to do that, and they were unbelievable,” O’Connell said. “To experience that, having gone so long in my career, and to finally have those cups at my house, with my family around, those were pretty good moments.”

The second, and this is perhaps the only thing that could stick with a competitor more than winning, is the relationships built along the way.

Lifelong relationships in many cases, that go beyond who you’re collecting your paycheck from at that time. Frequently, these two things go hand-in-hand, with the relationships built through winning only feeling that much greater. As he says his final goodbyes to the organization he’s called home since 2006, O’Connell certainly has many people who he’ll remember, through the good times and the bad.

“I hope so, I really do,” he said, of those lasting relationships within the Kings organization. “I think about it, I’ve been in this game for so long. I think of Glen Murray I coached him in Providence, I traded him a couple times, traded back for him a couple times. Sean O’Donnell was the same, signed him as a free agent, let him go, I worked with him. Nelson Emerson, I coached against him when he was in Peoria, I was coaching in San Diego. Mike Donnelly, it goes on and on, the front office, Dan Beckerman, he was unbelievable to us all, the Anschutz family. As I said to Luc [Robitaille] and Rob [Blake], and all those guys, I’m really going to miss them. It was really a great experience, and I feel really proud, I feel that I helped people get better. When you become a senior advisor, that’s really what you try to do, is to help people.”

O’Connell has worn several different hats throughout his professional career, and as he continued his growth throughout the Kings organization, though his central focus always remained the same – help people to get better. 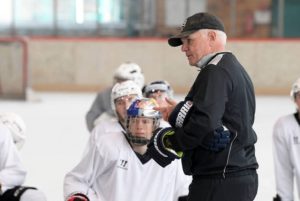 O’Connell instructing a development session in Germany, as a part of Eisbaren Berlin (Getty Images)

With regards to his time with the Kings, it makes the most sense to start in 2006, when he was first hired by the organization.

The Chicago native is a veteran of more than 850 NHL games as a player and had been a minor-league head coach, an NHL Assistant coach and an NHL general manager after he retired. After parting ways with the Boston Bruins midway through the 2005-06 season, O’Connell was in search of a new opportunity, and an intriguing one came through the form of the LA Kings and Dean Lombardi.

Lombardi saw a new vision for developing and grooming young players, from the time they were drafted through the minor leagues and eventually to the NHL. Typically, at that time, the term “player development” was just a buzzword, not a full-scale department within an organization. Lombardi saw a new way forward, which would integrate O’Connell in a different role, working in a hands-on capacity with the organization’s prospects as they worked to grow into NHL players.

“We found a niche in developing players and I think we just kept going, learning and getting better,” O’Connell said. “Dean gave us that opportunity to have a voice in development, where I think most of the time, it was just left up to the minor-league coach to develop these players. Dean had this vision of a baseball model, basically, and that’s what we worked off of.”

At that time, around the hockey community, developing AHL players typically fell solely onto the shoulders of the AHL coaching staff. Adding in player development saw a new philosophy, which gave individuals such as O’Connell the chance to work with players who weren’t dependent on him for playing time, creating another resource for the aspiring professionals.

For the first time, at least in Los Angeles, players had another resource, and it was one that wasn’t responsible for assigning their roles during games. O’Connell, along with others, including Nelson Emerson, worked to build relationships with the organization’s prospects and gain their trust. As players began to understand what the role was, the process began to flourish.

“When you’re dealing with coaches, at any level, the coach controls the player’s ice time, and in a development role we do not, we have nothing to do with how much a player plays,” O’Connell said. “We’re looking at it a little deeper than the coaching staff. The coaching staff has so many more responsibilities, they have to look after 20 guys. We’re there for a lot of little things, and once you build a relationship, the players will open up to you. We’re trying to help them understand that we’re there to try and help them get better, and really that was the strength of it.” 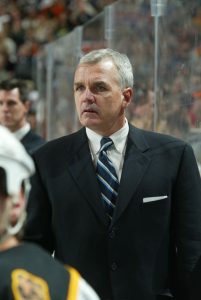 As the concept of the player development staff began to make inroads, the organization began to see the fruits of their labor on the ice. Beginning with his first season in 2006-07, when the Kings won just 27 games, the franchise began to transform itself into a winner, ultimately culminating in the organization’s first championship in 2012.

On that 2012 team were several players who worked extensively with the player development staff, with the same being said about the 2014 squad. While there’s never just one factor, O’Connell hoped that what he and his team integrated had an impact on developing the players who played on those teams.

“You’d like to think that we had some bearing on it, and I really, truly believe that we did,” he explained. “As the players came through – Lewis, Clifford, Muzzin, Martinez, King, Nolan – and I’m probably missing a few, you hope that you did play a part. I think what we did, is that we sped the process up for a lot of those guys, and that was the goal. A lot of those guys were going to learn eventually what we’re teaching, but we tried to speed it up by doing a little extra.”

By my count, 11 players who were drafted by the Kings between 2006 and 2011 played a part in the organization’s two championships, all of whom went through the development structure put in place by the Kings. O’Connell would be the first to tell you it wasn’t all the player development staff, and he was quick to credit the large role played by the organization’s AHL coaches for their part in the success of these younger players.

The system has continued to help with the development process of future Kings, ranging from Cal Petersen in net to Sean Walker on the blueline and Adrian Kempe at forward, just to name a few of the current NHL regulars who came through the system in Los Angeles.

Heck, the system even went overseas, as the Player Development crew began to implement a similar structure with Eisbaren Berlin, with that team winning the DEL championship this past season, another proud moment for O’Connell.

“The whole Berlin experience has been great, to win a championship there, and to have some say in that, was great last year,” he said, unprompted. “Working with Stephane, Peter Lee, that was an awesome opportunity, we’re starting to develop a good process over there as well.”

While he couldn’t pinpoint just one development story that he was most proud of, O’Connell couldn’t stop naming guys he worked with, who went on to find success with the Kings and throughout the NHL, guys he still keeps in touch with to this day. That speaks to proof of concept for what was implemented now 15 years ago.

As he now moves on to the next chapter in his career, O’Connell leaves the West Coast thankful, and with family in mind.

Heading back East was a priority for him. Being based out of Massachusetts, he felt that he couldn’t give what was needed to both his family and to the Kings, and a move to an organization closer to home allows him to do that.

“To do the job correctly, I would need to spend more time in Los Angeles, and it was a tough decision, but it was time,” he said.

As he officially moves on, O’Connell – who this week joined the Flyers in a front-office capacity – will see his time in Los Angeles ultimately looked back upon for the team’s success in 2012 and 2014, as it will for most executives from that time. He’ll also be known as someone who worked to develop and enhance younger players, accelerating their development curves from drafted prospects into NHL contributors.

“As I was saying to Rob and Luc, I think the whole COVID thing opened my eyes a bit that it’s nice being home, or closer to home. I’ve been in this job for many, many years, and they were great when I told them, they gave me some time to make my decision, and I just thought it was time.”

While it may be time, it’ll be the things that transcend it – winning and relationships – that matter most from the years that were. And that’s something to always look back upon.

Flyers also have hired Mike O'Connell as senior advisor to the GM for player development. He had worked in Kings front office since 2006. Also Nick Beverly hired as a pro scout and Matt Bardsley hired as amateur scout. Bardsley was GM of WHL Kamloops.