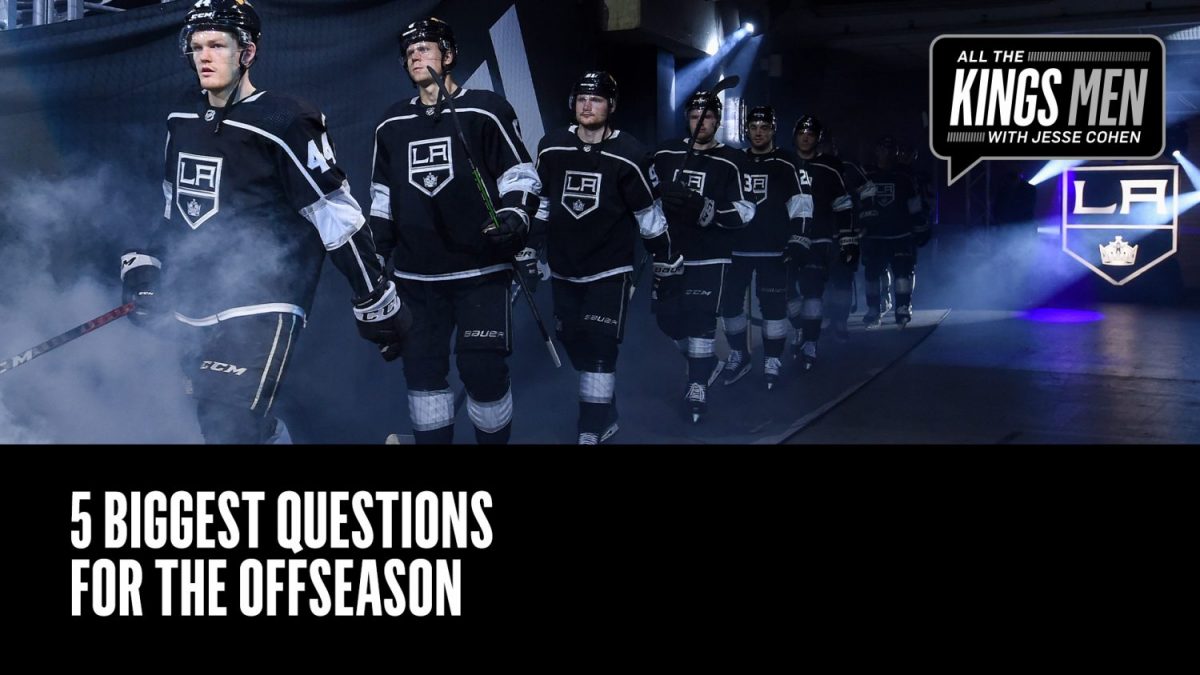 The Expansion Draft is mere days away and all 30 affected teams have submitted their protection lists to the league. Zach Dooley joins host Jesse Cohen for an exploration of the 5 biggest questions facing the LA Kings heading into the expansion draft, the entry draft and the rest of the summer.

1. Who will be selected in the Expansion Draft?
With protected lists now submitted, we know who the Seattle Kraken can and cannot take during Wednesday’s expansion draft. With two goaltenders, eight defensemen and 10 forwards at their disposal, the Kraken will have several options to select from the Kings organization.

2. Who will the Kings select in the NHL Draft?
The LA Kings currently hold the eighth-overall selection in the 2021 NHL Draft, with the first round taking place on Friday. The Kings have several options at that location, and with a draft class that lacks a consensus at the top, who exactly the Kings will select will likely not play out until draft day.

3. Which RFAs will receive qualifying offers/contracts?
The Kings currently have a crop of 10 restricted free agents, including Lias Andersson and Trevor Moore, who were both included on the team’s protected list. Qualifying offers for these players are due to the league next week, on July 26th, and we’ll have some more clarity on that crop then.

5. Will the Kings make any additional trades?
Following the NHL’s trade freeze, currently into effect through the expansion draft with Seattle, the Kings will once again be free to trade with the other 31 member clubs. With multiple needs at the NHL level, and a trade already completed for forward Viktor Arvidsson, the Kings certainly have the assets to be players in a deal of their choosing.

More information regarding the Kings protection list is available HERE. The expansion draft is the next event in a span of many events, taking place on Wednesday evening in Seattle.

By All The Kings Men
216 Comments