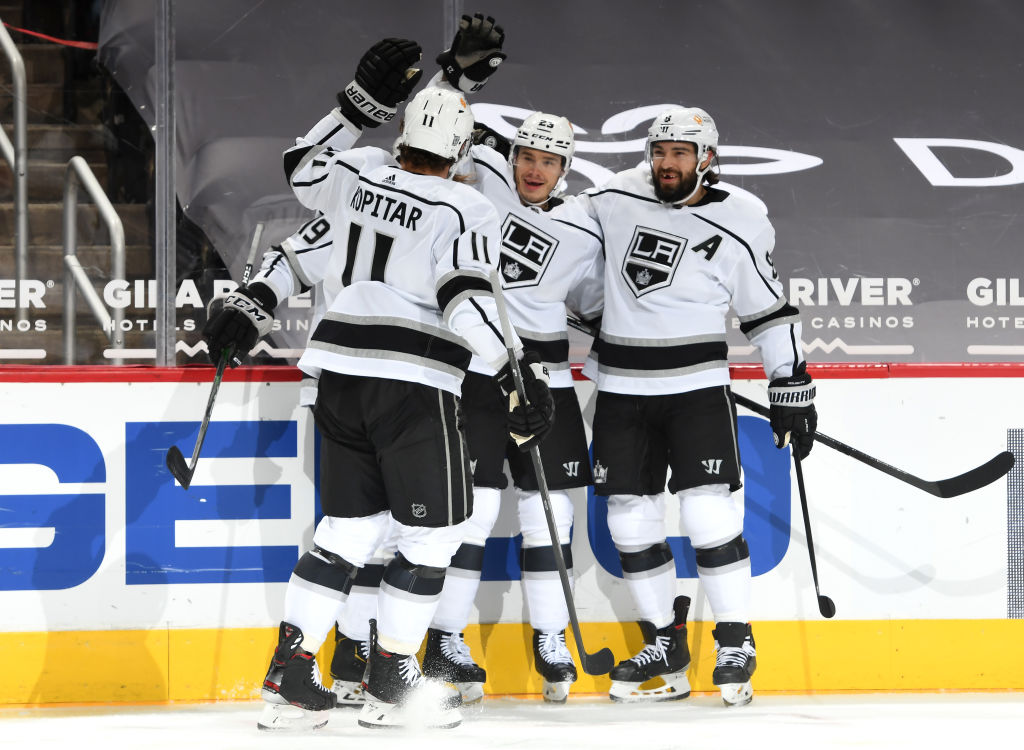 The LA Kings, along with 29 other teams around the NHL, announced today their protected lists for the upcoming Seattle Expansion Draft.

The Kings protected list consists of one goaltender, three defensemen and seven forwards, leaving a pool of additional players eligible to be selected by the Seattle Kraken, in the 2021 NHL Expansion Draft on Wednesday.

Included in this list are two players, Kopitar and Doughty, who were also protected by the team in 2017. 9 of the 11 players protected are already under contract for the 2021-22 season, with Andersson and Moore currently restricted free agents in need of new contracts, but under team control beyond the free agency period.

With comments from Todd McLellan and Rob Blake alluding to Petersen as the goaltender of the future within the organization, with the transition already ongoing to his becoming the starting netminder, his protection makes sense and was expected.

On the backend, Doughty, Roy and Walker have all signed contract extensions with the Kings over the last three seasons, with all under contract for at least three more seasons. The choices on the backend were relatively predictable, with all three meriting their selection, and holding value to the Kings this season and beyond.

Up front, there were certainly a couple of decisions to be made, though the seven forwards who were selected don’t offer a ton of surprise. Dustin Brown, who was excluded from the protected list when Vegas entered the league, has shown value to the organization in several ways, meriting his inclusion. Brown led the team in goals this past season, and if he were exposed and selected, it would have opened another hole at forward towards the top of the lineup for the organization to fill elsewhere.

Barring any sort of side deal, made between Blake and Seattle General Manager Ron Francis, the Kraken would be entitled to select one player of their choosing from the aforementioned list.

The Kings are taking a different approach than four years prior, when the team elected to keep eight skaters (four forwards and four defensemen), as opposed to the 7-3-1 approach taken by the team this season.

The organization is also benefitted in many ways by its place in the rebuilding process, with several of their top young players and prospects exempt from selection, due to inexperience. NHL regulars such as Gabriel Vilardi, Jaret Anderson-Dolan, Tobias Bjornfot and Mikey Anderson are not eligible to be selected, nor are top prospects such as Quinton Byfield, Arthur Kaliyev and Rasmus Kupari, all of whom played NHL games with the Kings this past season.

A full list of protected / unprotected players around the NHL is available HERE.

A total of 38 players have been selected in multiple NHL expansion drafts, including two chosen three times, both involving the Kings organization: goaltender Frederic Chabot (1992 TBL, 1998 NSH, 2000 CBJ) and forward Jim Thomson (1991 MNS, 1992 OTT, 1993 ANA). Thomson was chosen in an expansion draft in three consecutive seasons, from the Kings on all three occasions!

The 2021 Expansion Draft is scheduled to take place on July 21, 2021 at 5 PM Pacific. The event will take place live at Gas Works Park in Seattle – which is also the name of the bar in Wayne’s World – where the League will reveal the initial roster of the Seattle Kraken. ESPN2 will carry the broadcast in the United States, with Sportsnet and SN NOW broadcasting the event in Canada.

Jesse Cohen of the All The Kings Men podcast and I will be recording a post-protected list podcast later today, to be released tomorrow, with a reaction to the list, as well as taking a look at other questions facing the Kings entering the NHL Draft and free agency. That podcast will be posted here on LAKI tomorrow.

We're not done yet, Insiders! The LA Kings announced this afternoon that forward Trevor Moore has signed a two-year contract extension,