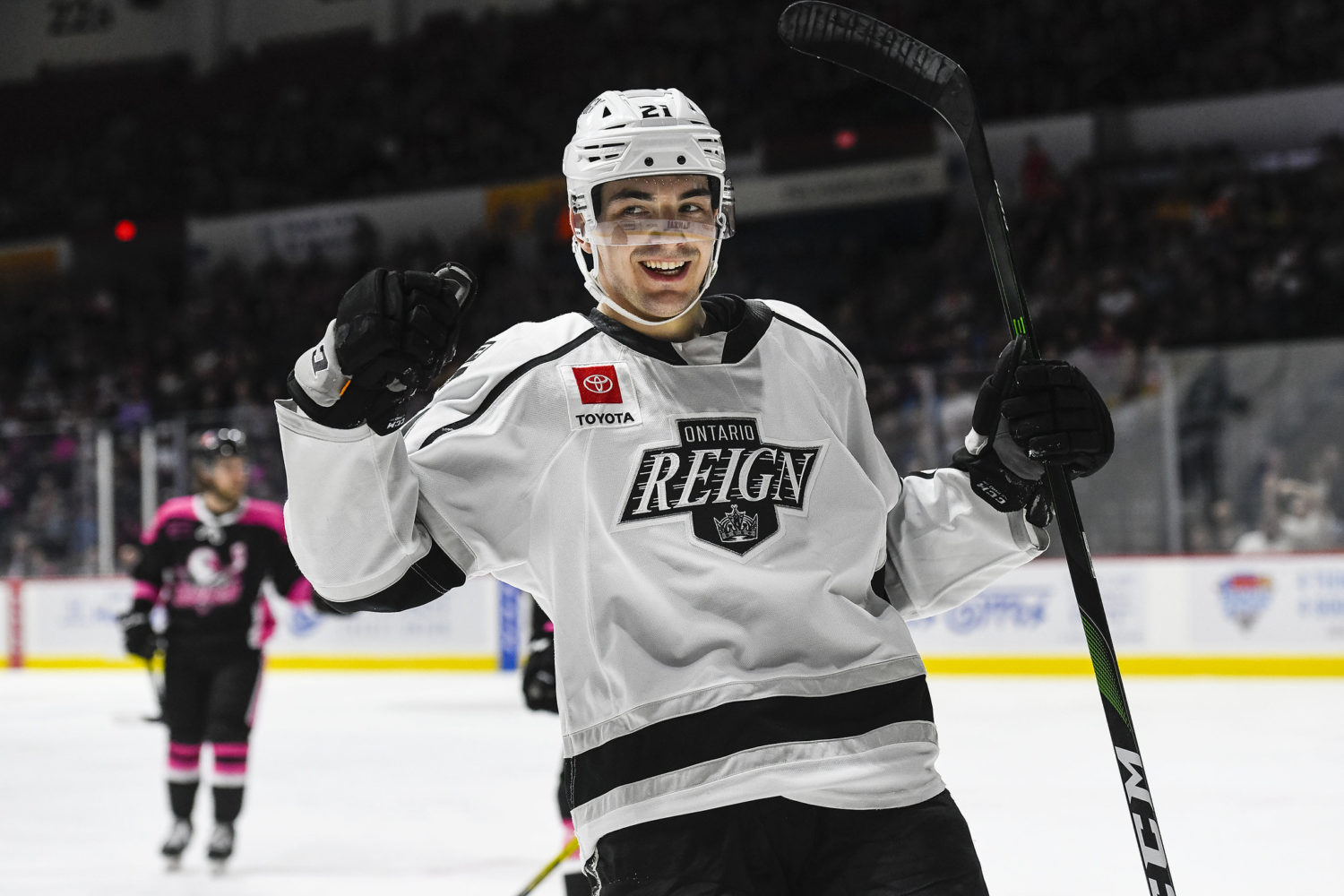 The Ontario Reign announced today that the team will open training camp this afternoon at 1 PM at Toyota Sports Performance Center. The team also released its camp-opening roster, and the full preseason schedule for the team is listed below.

Here’s how the Reign will open camp – 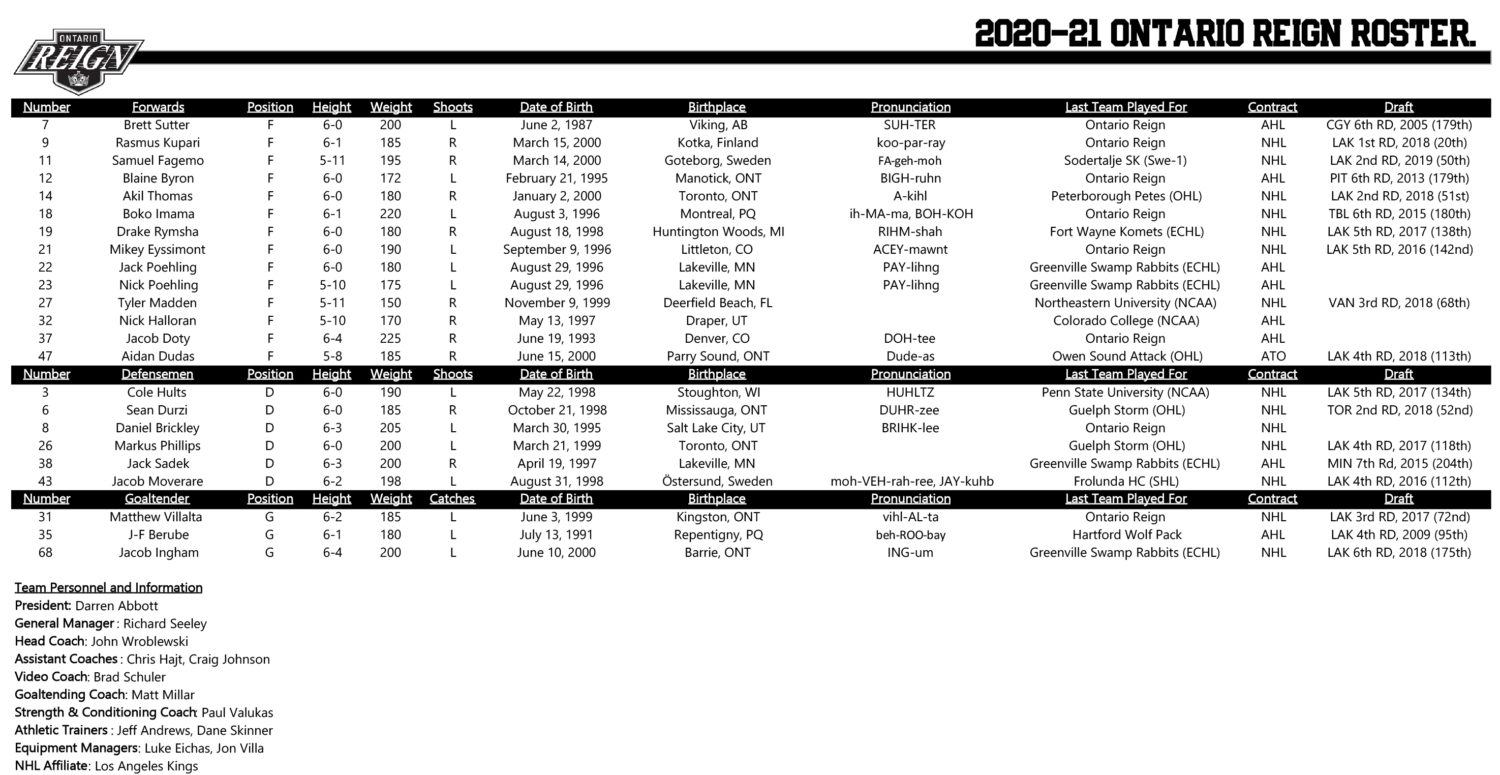 12 players on the Reign roster have played AHL games with Ontario, while 13 players have AHL experience and three – J-F Berube, Daniel Brickley and Brett Sutter – have NHL experience.

The Reign also announced their schedule for the first six days of training camp, including a pair of exhibition games this coming weekend. The team will skate at Toyota Sports Performance Center each of the next four days, with practice at 1 PM today, tomorrow and Thursday, followed by an 11 AM skate on Friday.

The Reign will then play a home-and-home set of exhibition games this weekend against San Diego. The teams will play at 1 PM on Saturday, 1/16 at Great Park Ice in Irvine, CA and Sunday, 1/17 at Toyota Sports Performance Center in El Segundo.

The Reign are also scheduled to play four more exhibition games – 1/22 vs. San Jose, 1/24 and 1/25 vs. Tucson and 1/30 vs. Bakersfield. All games will be played behind closed doors at Toyota Sports Performance Center.