Jim Fox answers questions from fans here at LA Kings Insider. This is the third and final edition in a three-part series. Links to the first two pieces are at the bottom of this story. Enjoy and thank you Mr. Fox.

Q: Any chance the NHL will come up with a way to get some sort of pre-season in for the non-playoff teams? Nine months off the ice is a long time.
A: Very good point and it has been pointed out that the teams that did not participate in the qualifying rounds or playoffs have already asked about the possibility of at least coming to camp 10 to 14 days earlier than the other teams. I think that the long layoff is a concern for everybody and I think that something will be agreed to as far as an earlier start date for the non-qualifying round or playoff teams.

Q: Also, in writing from Europe, give me your go-to Italian red and white? I’ll see what I can find.
A: As far as my go-to Italian red and white wines? As far as the red, I go with wines from the Bolgheri (Tuscany) region, which are usually a blend of Sangiovese (main grape in Chianti wines) and Cabernet Franc, Cabernet Sauvignon or Merlot. For my go-to white, I have two main wines, both coming from a region known more for their red wines. I go to the Piedmont region, known mostly for the Nebbiolo grape (Barolo or Barbaresco wine). If you get a chance, try wines from Gavi (Cortese grape), which tend to be dry, crisp and floral or Arneis, which tends to be a touch less acidic than Gavi but also a touch more intense when it comes to the its flavor profile. Salute!

Q: Jim, what do you think is realistic to expect from Vilardi in 3 years (assuming his back remains healthy)? And from Bjornfot in 3 years? Thanks Jim!
A: Assuming all is well health-wise, I think it is realistic to expect both players to be impact players with the Kings. There are so many aspects of a player’s game to get into, but with this type of question, I will try to bottom-line my answer. Vilardi’s style is a little easier to see and Bjornfot’s style is a little more nuanced. With Vilardi, due to his vision and distribution skills, expectations should be high production and I am talking “team point leader production.” As a distributor, Gabe will need to find some chemistry with a pure goal scorer and hopefully the Kings already have that in a Kaliyev type of player? For Tobias, I think that he has a great understanding of the game, as opposed to skills that jump right out at you. His skills are high end but I think his overall understanding of the game is his biggest asset. Bjornfot is the type of player who can help control the tempo of a game without “standing out.” Leadership will also be expected from each guy, and like their game styles, Vilardi is more of a personality and Bjornfot seems to be a strong, yet quiet leader. 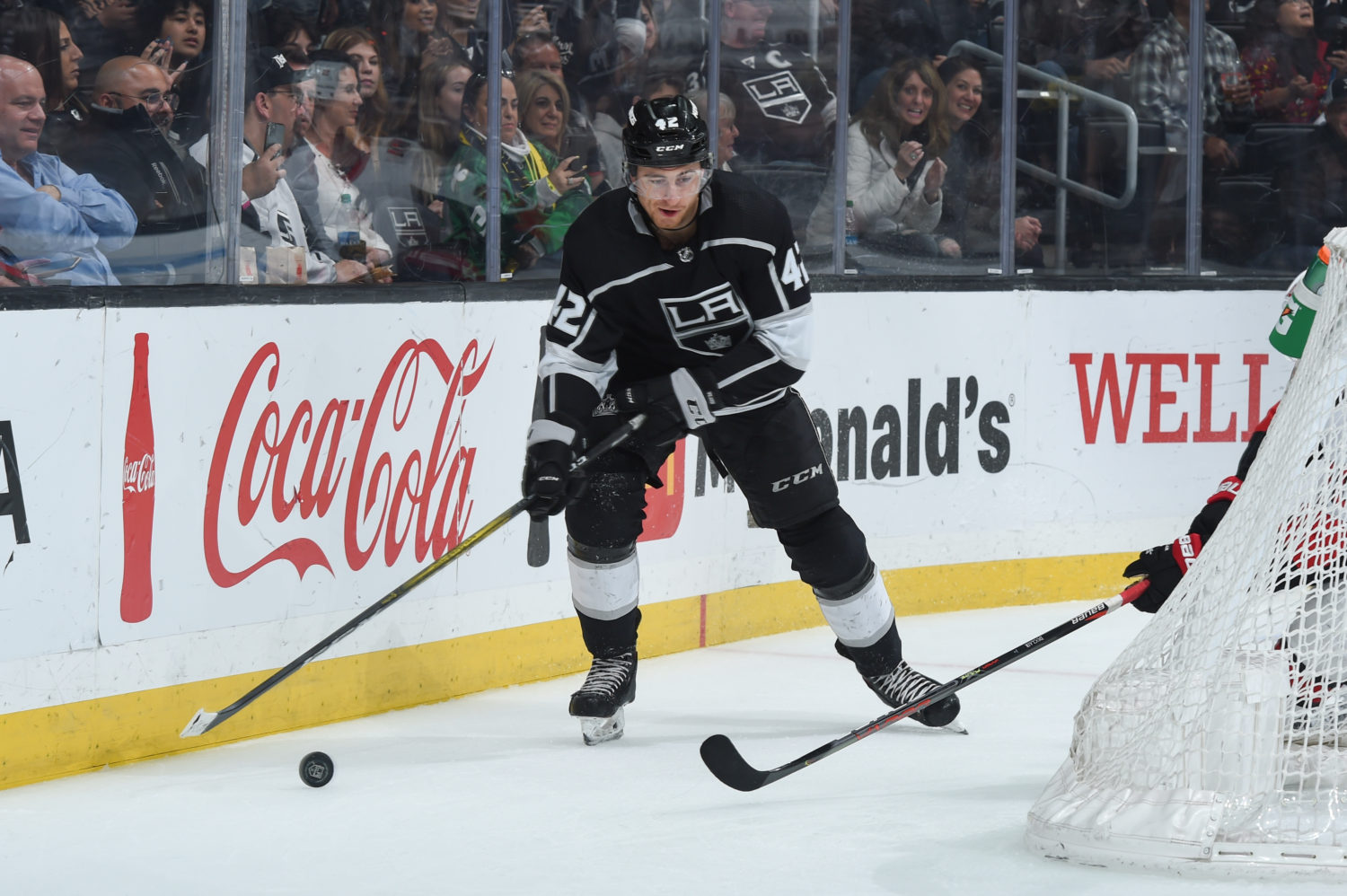 Nicholas A Walker/@navw21
Q: Foxy does the high ranking of prospects help or hurt the Kings during free agency? Do players sign knowing they might be a bridge gap or decide to look at other team offers in order to stay around longer?
A: I know that in today’s game, players and agents try to find the best fit and there are many factors that go into these decisions. Depending on what stage the player and agent feel they are in, I think that it all comes down to two main areas. First, ice-time expectations. Second, their opinion on how close the team is to becoming a championship contender.
Mike Burke/@TwocupslaBurke
Q: Jim. I read Jack Eichel is supposedly unhappy @Sabres. Eichel is only 23 and almost point a game player, all-star, leader. What would you think about Kings trading #2 (plus whatever else) to get Eichel? He’s a guaranteed superstar compared to unproven Byfield et al?
A: Very interesting scenario. With Eichel, I agree with you regarding all-star and point production — he has already established that. As far as leader, I think the jury is still out on that. I think that Eichel has matured in his brief time, but in in the first few years, I thought that some red flags were raised regarding his attitude. This question reminds me of a conversation I had with former Kings GM Dean Lombardi and how he put players into five categories:

I think that Eichel can get to, if he is not already there, the superstar level. So that makes this an interesting scenario. I would prefer to draft a high draft pick like a Byfield or Stutzle and allow them to grow with their teammates as opposed to trading for a player. I think that for a scenario you are talking about to take place, Eichel would have to force the deal. If he does, there would be 31 other teams listening and inquiring. This would be a long shot for the Kings, but if it did come up, the Kings would be in a better position than most teams to make it happen.

This also leads me to a previous question posed about the Kings trading up to get the #1 overall pick from the Rangers. Although I mentioned that I would put the percentage at 5 percent regarding the Kings and Rangers making it happen, the stage that the Rangers are at as a franchise does make it more interesting than normal. Most teams that get the #1 overall pick in the draft are usually a team that is in a complete rebuild. Although the Rangers still have a way to go to get to the Championship contender status, New York does seem to be on their way and ahead of a team that would normally draft #1 overall. For that reason, more options are probably being considered by the Rangers.

Diane M Eaton/@dmariaeaton
Q: Think Quickie’s struggles, as the season opened last year was a one-time thing? He had a new coach, new system, etc., also a body coming off 2 injuries? Do you see him keeping pace with Cal a whole season? Is a Keep Quick or unprotect Quick decision ahead? TYVM
A: I touched on this in an earlier question and to summarize, many around the league feel that Jonathan’s game has slipped in the past few years. I feel that he still has two more years of top-level goaltending before age catches up to him. I think Cal will continue to get more games as he progresses. If only one goaltender can be protected, then I do not think Jonathan will be protected when it comes to the Seattle expansion draft.
PART ONE / PART TWO