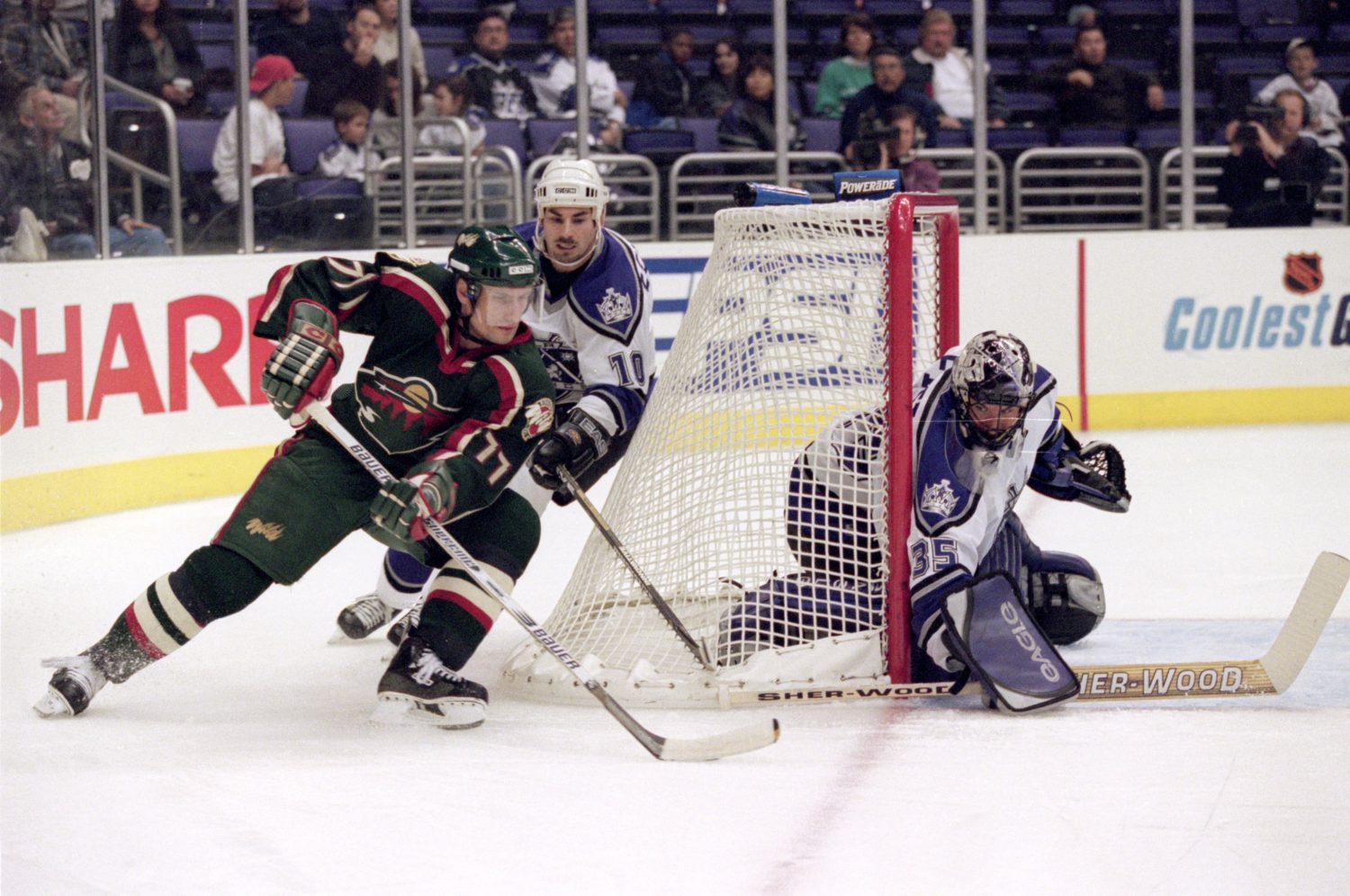 INSIDERS. A quick note on lines and the such. I’ll have more later this afternoon on Matt Luff, but first, a quick run-through of what to expect when the LA Kings face the Minnesota Wild tonight at Staples Center (7:30 p.m. PT / FOX Sports West / FOX Sports GO / LA Kings Audio Network):

— The vitals: Today’s skate was optional. Jonathan Quick didn’t participate but is the presumed starter versus the Wild, against whom he’s 13-8-5 in his career with a 2.63 goals-against average and an .898 save percentage. Fellow Conn Smythe Trophy winner Bill Ranford put the pads on and got a good sweat going in his absence. Jack Campbell remained on the ice for extra work with Adrian Kempe and Kurtis MacDermid, so they’re not expected to play tonight. More on Kempe from yesterday.

It’s not clear what the forward group will look like because of the optional skate, but yesterday’s groups might suggest an alignment of Iafallo-Kopitar-Brown, Carter-Amadio-Toffoli, Grundstrom-Lizotte-Wagner and Kovalchuk-Prokhorkin-Clifford. I still think Luff is in, but he’d require a winger to come out of the lineup. Wait for the song. Defensive pairings should be Martinez-Doughty, Hutton-Walker and Ryan-Roy.

— Their vitals: Devan Dubnyk is expected to start in net, per Michael Russo of The Athletic. He’s 9-5-2 in his career against Los Angeles with a 2.33 GAA and a .926 Sv%. This is actually a match-up of the teams with the third-worst 5×5 Sv% in the league (LAK/.891) and the fifth-worst (MIN/.900). Based on yesterday’s line rushes, you should see a forward group of Zucker-Staal-Zuccarello, Parise-Koivu-Fiala, Greenway-Eriksson Ek-Kunin and Donato-Rask-Hartman up front, via Russo. Eric Staal keeps on keepin’ on and has 13 points (6-7=13) in his last 10 games, representative of a Wild group that enters having scored 13 goals amidst a 2-1-0 stretch. “They put together a pretty darn good game 10 days ago or two weeks ago, whatever it was against us,” Todd McLellan said. “Right now, we’re trying to get our own house in order. We’re trying to find our own momentum and push forward. We have done the pre-scout on them. They seem to be a little more confident, but we’re a lot more concerned about our group and we’ll focus on that a lot more.”

— There has been a lifestyle change for Matt Luff, who is no longer a guest in the Moulson household but rather Cal Petersen and Sean Walker’s roommate. “It’s been good,” Luff said. “I’ve got Cal in Ontario. Basically, we were living two guys in a three-bedroom house [with] Walks on the road a lot. I think he paid rent for all October and I didn’t see Walks twice. So, I mean, we’ve just been collecting the check from Walks.”

There’s more to come, but first, a good question was posited. Luff’s shot and his offensive proclivity are known. But what about when things aren’t going well – what are the types of things he has to clean up so he’s able to forge out a lasting NHL career?

“I think I’m cheating for offense. I’m thinking about one side of the puck and not both sides,” he said. “This year, we brought in Hajter (Ontario Assistant Coach Chris Hajt) again, and he’s really put me on the PK for the first time in probably a long time since I’ve been on that. So, he’s giving me a different look on both sides of the puck, and when I’m playing my best, I’m on both sides of the puck and not creating chances and not cheating for offense. I have that ability to be an offensive player, but defense leads to offense at the end of the day.”

— Some of you may have caught a rogue game on iHeart Radio’s AM 1150 on your radio dial. There are 10 additional radio broadcasts remaining, in addition to all games carried on the iHeart Radio app: November 30 vs WPG, December 7 @ CGY, December 28 @VAN, January 29 vs TBL, February 1 vs ANA, February 22 vs COL, March 9 vs COL, March 19 vs BOS, March 21 vs VAN and April 4 vs DAL. The radio simulcast will also include Jesse Cohen’s new pre-game, hour-long call-in show at home, and Nick and Daryl’s 30-minute pre-game show from the road. “The select broadcasts on 1150 are in addition to the LA Kings Audio Network and are an additional way for our fans to connect with our team while also expanding our partnership with our partners at iHeart,” the Kings said in an email.