Communication key in Kovalchuk reset, “but we’ve got to get buy-in, too,” Blake says 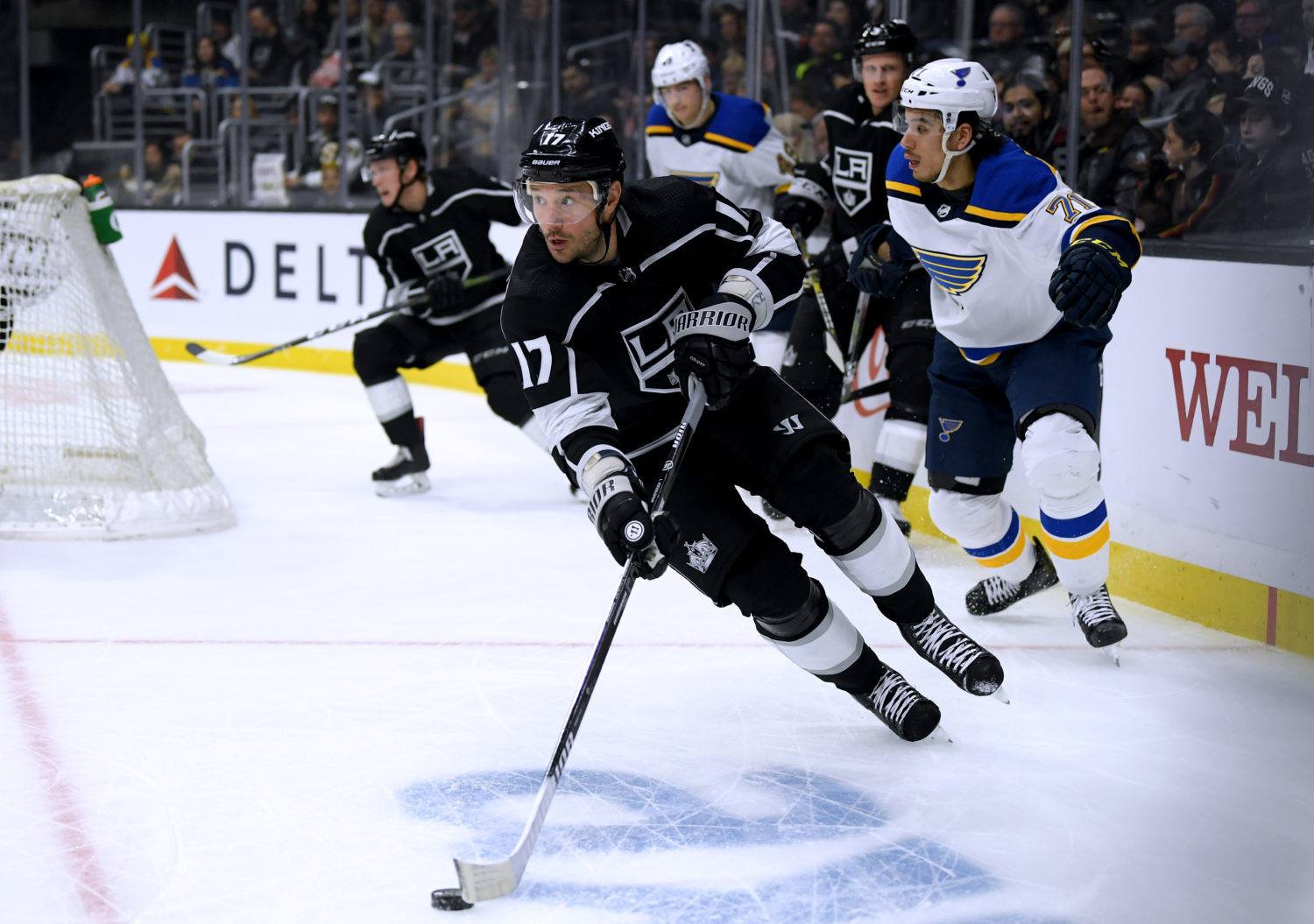 Ilya Kovalchuk, whose first year in Los Angeles began with 14 points in his 14 games, ended with 20 points over his next 50 amid reduced minutes, healthy scratches, an ankle infection, and, ultimately, headlines depicting an uncomfortable relationship with Willie Desjardins.

There were some light flirtations from East Conference teams at and before the trade deadline as he described a desire “to do whatever is good for the team” when asked whether he would waive his no-movement clause. Again! Not the greatest headlines this season. But there exists at this juncture the essential question: was Kovalchuk held back this season because of perceived misuse by Desjardins? Or is he simply more of a free-wheeling type who gets by on instinct and pure skill rather than the NHL’s highly systemized and positioned approach? (Kovalchuk was not present to answer questions during Monday “exit day” meetings with the media.)

The secondary metrics don’t give him the benefit of the doubt. His possession rates were behind most of his teammates under Stevens, a 13-game sample in which he was on the ice for 3.2 five-on-five goals every 60 minutes. That rate came down slightly under Desjardins, but his CF%Rel fell to -4.4% at five-on-five amidst a 51-game account under Desjardins in which he accounted for only four points in 90 minutes of power play time.

But this is a player who arrived in Los Angeles with 816 points in 816 NHL games while attached to a contract that carries an additional two years with a $6.25-million AAV. Per Cap Friendly, he’s due a $5.3-million bonus on July 1, after which he’ll only be owed $4.95-million of actual salary as the remaining two years of his contract are paid out. And, given some of what was shown early in the season under Stevens, there’s still very much an overwhelming amount of skill in his game, and even while he was not on the same page as Desjardins, he still showed, as the coach was quick to highlight, the same passion and excitement to score and succeed long associated with his play.

Barring any player movement, it will be a necessary task of the new coaching staff to communicate to Kovalchuk how they envision his role and expect him to execute it. Rob Blake also plans to communicate in the coming weeks.

“That will be the communication with him and through there – and the right minutes and the right usage and where – but again, the accountability part for a coach is ice time. It’s all they have, so there’s a fine balance,” Blake said. “But we’ve got to get buy-in, too.”

“I think we ended up, Kovy was second on our team in power play minutes as a forward, sixth as a forward overall, so the ice time was there. He had a couple games where it was low and we talked a lot about that. Offensively, he didn’t produce at every time there for us. Do we need a little buy-in on structure? Sure. Whatever the new structure and style that the head coach comes in with has to be communicated with fully to Kovy. But that’s why I said there’s a process there. We’ve really got to get on the same page here going forward.”

It’s going to be interesting to see if the push under a new coach will be to reset and play Kovalchuk with Anze Kopitar and Dustin Brown again, which would put a skilled player less driven by structure alongside two who might not have exploded statistically under Darryl Sutter’s airtight systems play – particularly in the case of Brown – but won a pair of championships with smothering pressure and physical defensive sturdiness.

“I’m not telling anybody any secrets, but I think him and Willie obviously had some issues, which I think [exacerbated] a lot of the other minor things that we can kind of work through,” Brown said. “I think the idea was for him to play with me and Kopi right away, and then I got hurt, and things changed, and then I come back and things changed. But he was playing really well under Johnny. I think he was excited to come to the rink, and it’s probably a question for him, but the flip side of that I think is maybe not this year, we have to get back to … priding ourselves on our defensive play. We didn’t bring Chucky in to play defense, but that’s a big part of how we play here.” 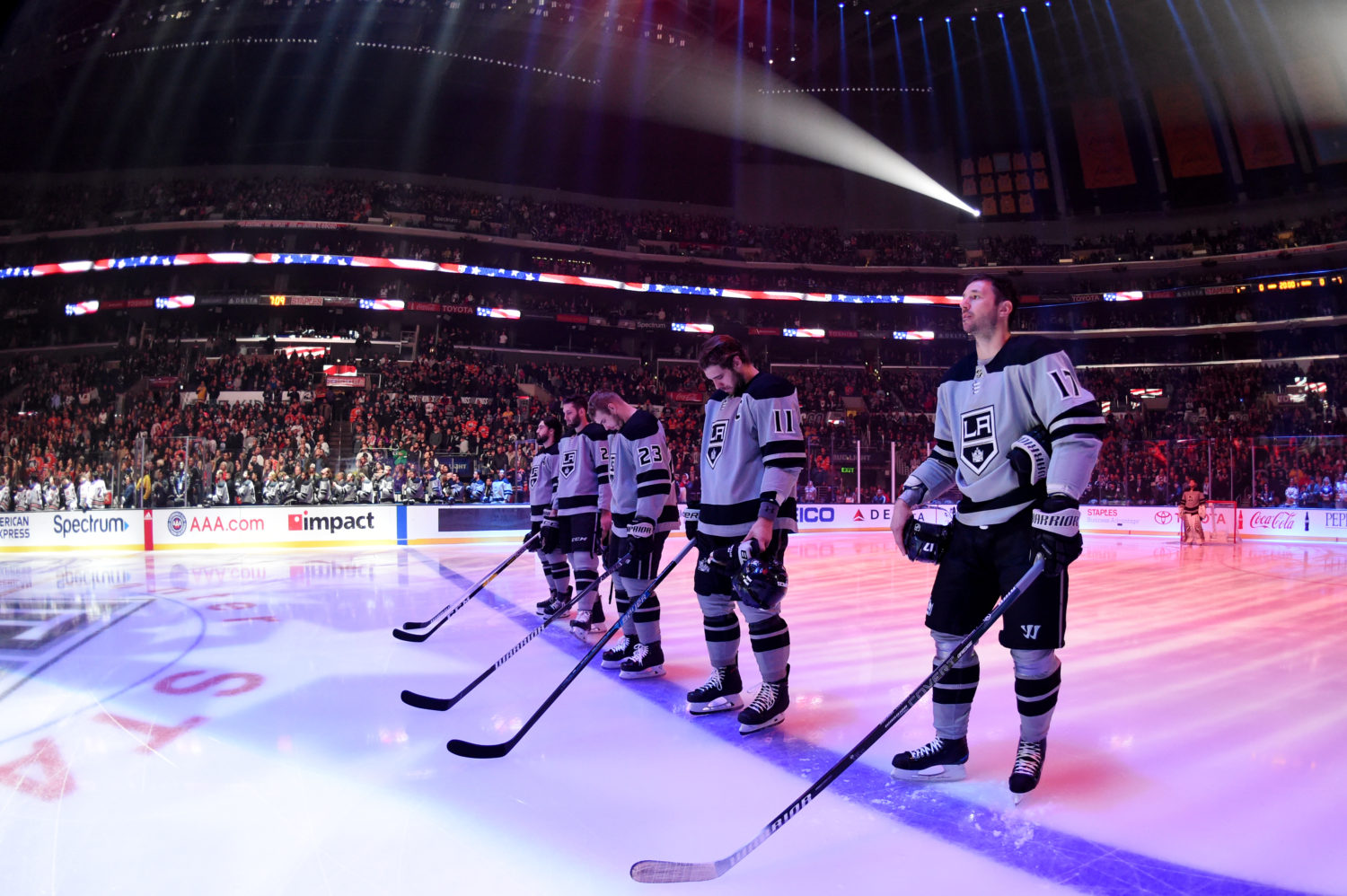 Rob Blake, on communicating with Ilya Kovalchuk:
I’m going to sit with Kovy in the next few weeks. So, basically the process is I want to get what he wants out of this and what I want out of it. It’s different than what we talked about last summer, no doubt about that. I need buy-in from Kovy though, structural-wise, for sure. And I think a lot of that will be around the new staff and the communication with them, and exactly what the role is going to be, and we’ll go forward from there. But did it end well? No, not at all. There’s a process to get keep that going in the right direction.

Blake, on what his expectation was with Kovalchuk defensively:
I didn’t think he’d be a defensive specialist by any means. And again, there will be a different style or system in place. The head coach will come in and dictate that. But it has to be communicated with the player, and the player has to be on the same page. If they’re not, it doesn’t work.

Drew Doughty, on what it was like playing with Ilya Kovalchuk:
He fit in great. He did. Ilya is a special player. He’s very talented offensively. But in the L.A. organiazation, we expect you to play great both ways, and not that he doesn’t give it his all on the defensive end of the puck, but sometimes that’s not his specialty. His specialty is the offensive side of the game, so I think that’s part of the reason why you saw him on the fourth line. 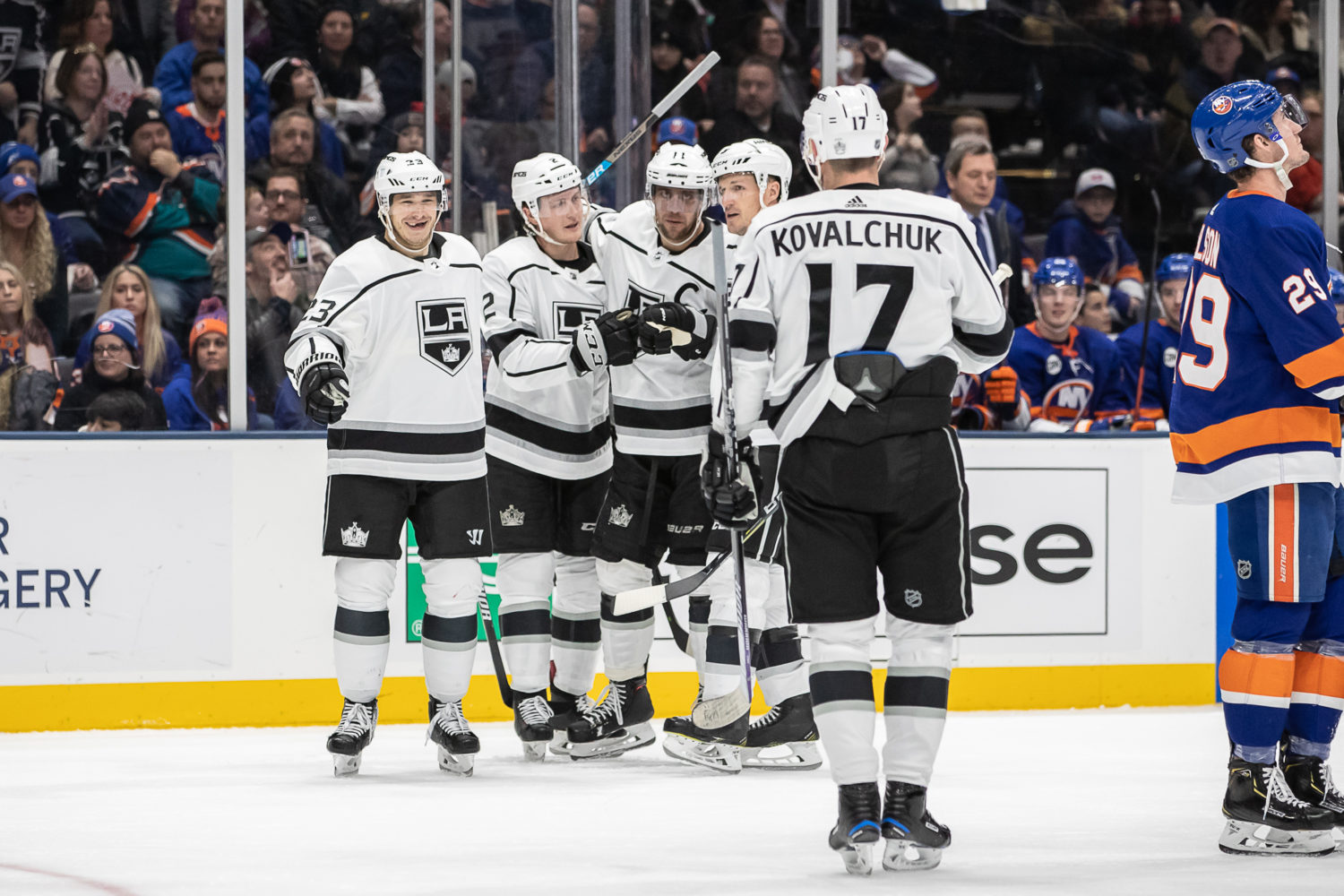