The LA Kings returned to the basics on Sunday night at Staples Center, getting sorely-needed performances from their top players and relying on strong checking efforts in beating the Edmonton Oilers for the 13th time in 14 chances on home ice. That they were tied after two periods and found a way to win was also a part a vintage script – they’re now 104-44-39 when square after two, dating back to 2009-10 – in which they contained the opposition’s superstars and got to the net against Cam Talbot and an Edmonton defense that provided them opportunity to do so. They set a good base for the game, charging out of the gates with firm energy and physicality, which led to power play chances and momentum. There was a direct link between that energy and the outcome, with Drew Doughty closing quickly to aggressively separate Leon Draisaitl from the puck and setting a rush opportunity in the other direction, where Anze Kopitar fed Dustin Brown for the first lead of the home stand. The only real impact of note from either Draisaitl or Connor McDavid was the latter’s savvy bank shot off Alex Chiasson’s knee while on the power play, so that’s a pretty good night at the office. 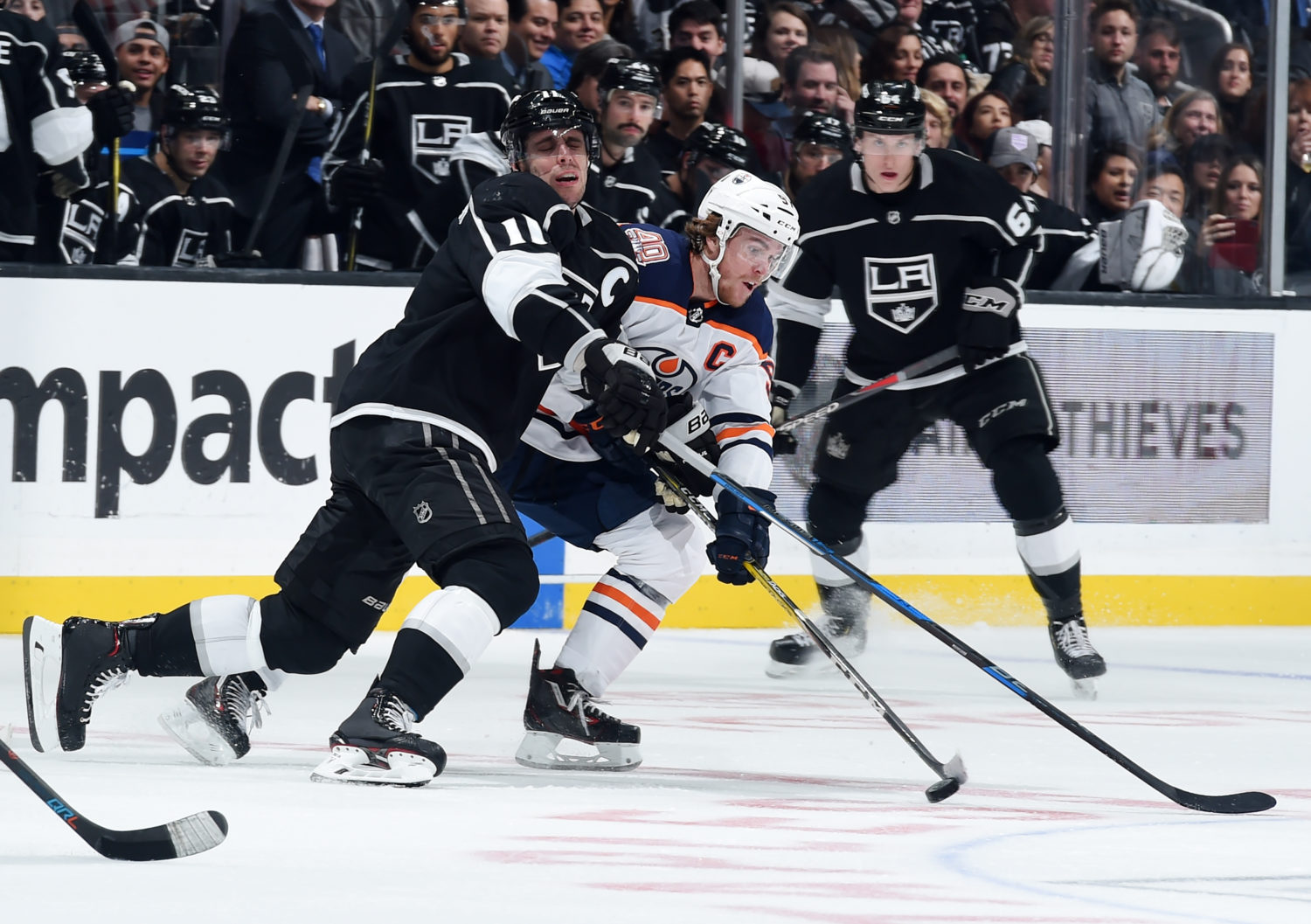 And yet, Ilya Kovalchuk. Six minutes and 20 seconds. Recent Willie Desjardins appraisals of Kovalchuk have been laced with wisps of positivity but have largely been weighed down by ambiguously dismissive observances like “he relies totally on offense, he’s not a huge checker.” With a 31st-ranked power play, the Kings have gone back to a familiar number one unit that has experience together, so Kovalchuk, signed to be a power play weapon, isn’t getting a large helping of the minutes on the man advantage at this point. So, yes, there’s certainly a situationally-based reason for his decrease in shifts – Los Angeles also had to bridge McDavid shifts with two different lines, Desjardins said, and in the third period went with the checkers who to that point had contributed a great deal to the successful team game – but it’s impossible to look at the forward’s 6:20 and think that the marriage between player and coach is at a particularly healthy point. All parties will be happy that the team won, first and foremost. Desjardins also reduced Kovalchuk’s usage in the third period of the St. Louis game, an L.A. win, so Sunday’s usage isn’t without precedent for success. But, again, it’s hard to think of these recent episodes without considering a larger picture: that Kovalchuk, signed over the off-season for three years at $18.75-million at the age of 35, started the 23rd game of the season on the fourth line and didn’t receive a shift in the third period. If this was designed to spur the forward, who was the Kings’ leading scorer entering Sunday night, hopefully a point has been made. 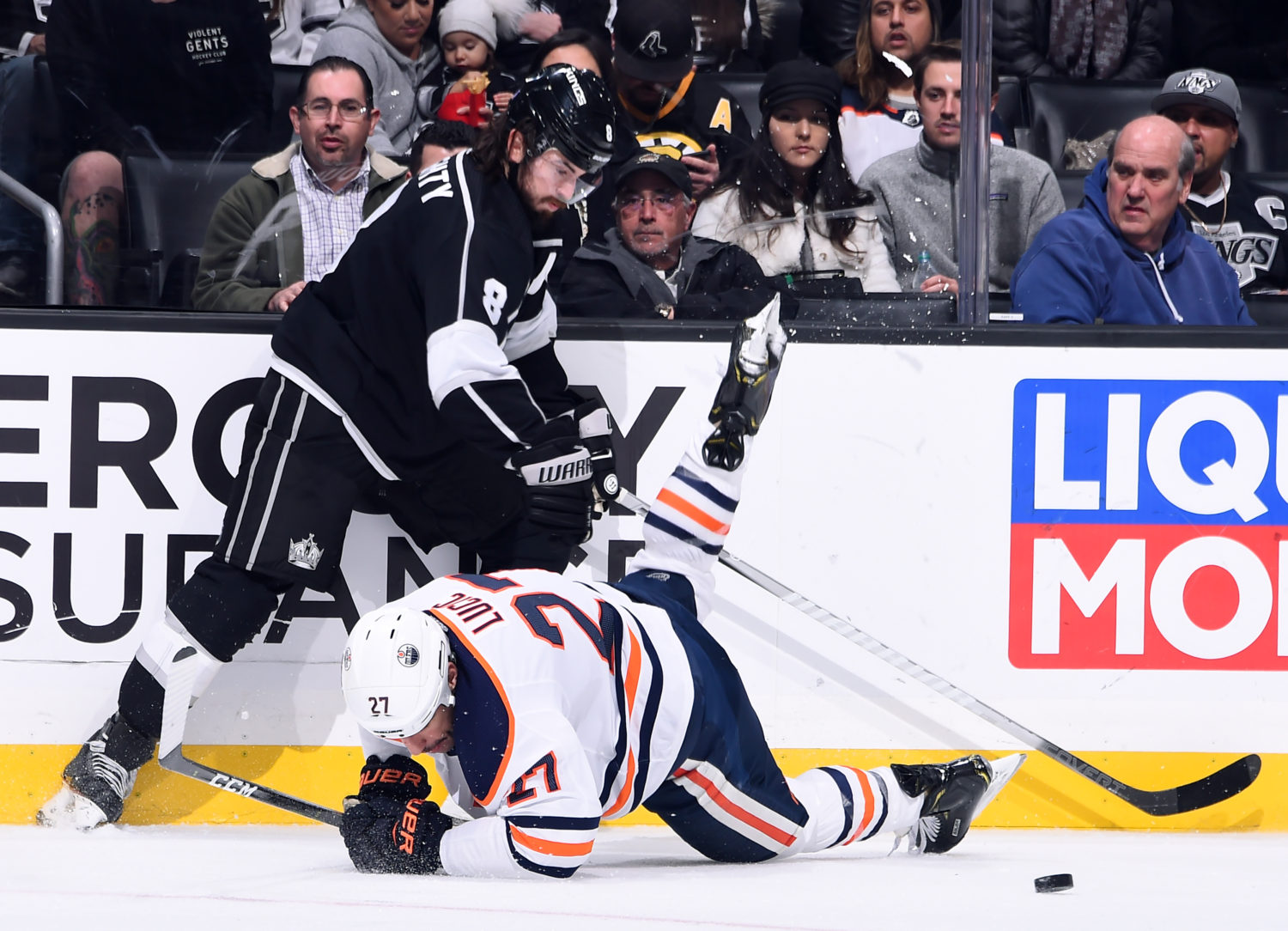 Quietly, Derek Forbort has put together a solid stretch of games after a rough outing in Nashville in which his challenges were compounded by a nasty third period tumble into the boards that made him questionable two nights later against St. Louis. (He played.) Desjardins spoke positively about the entire defensive group, saying, “I thought our D had probably the best game they’ve had in the last three or four.” Doughty certainly falls under that umbrella with his very good 30-minute effort, but Forbort’s two assists and ability to channel plays behind the net and to the perimeter in 24-plus minutes also contributed to the strong all-around team game. He completed a four-game, three-assist, plus-four week by taking three shots on Cam Talbot, and his banked stretch pass along the boards set Anze Kopitar up for the game-winner. 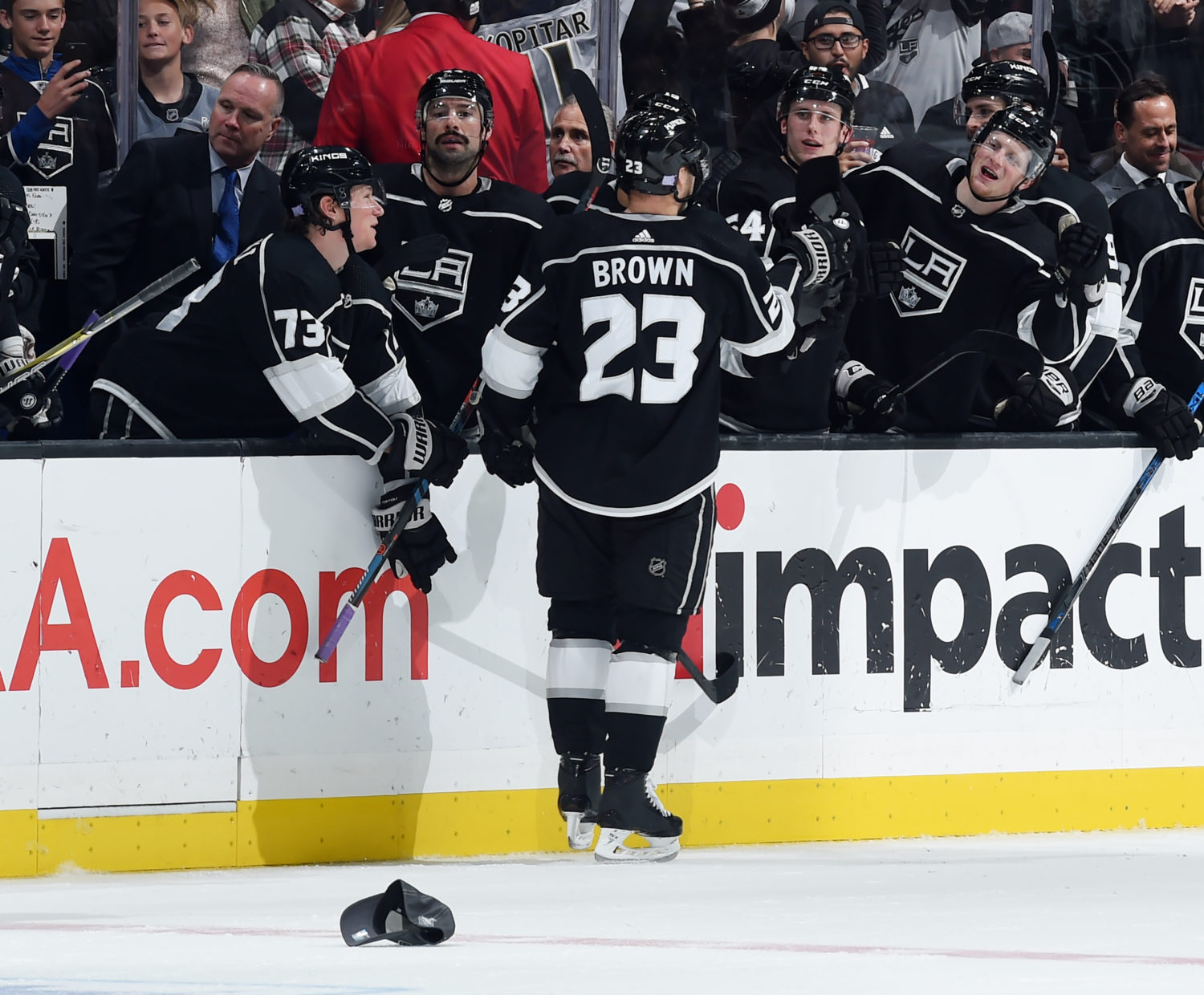