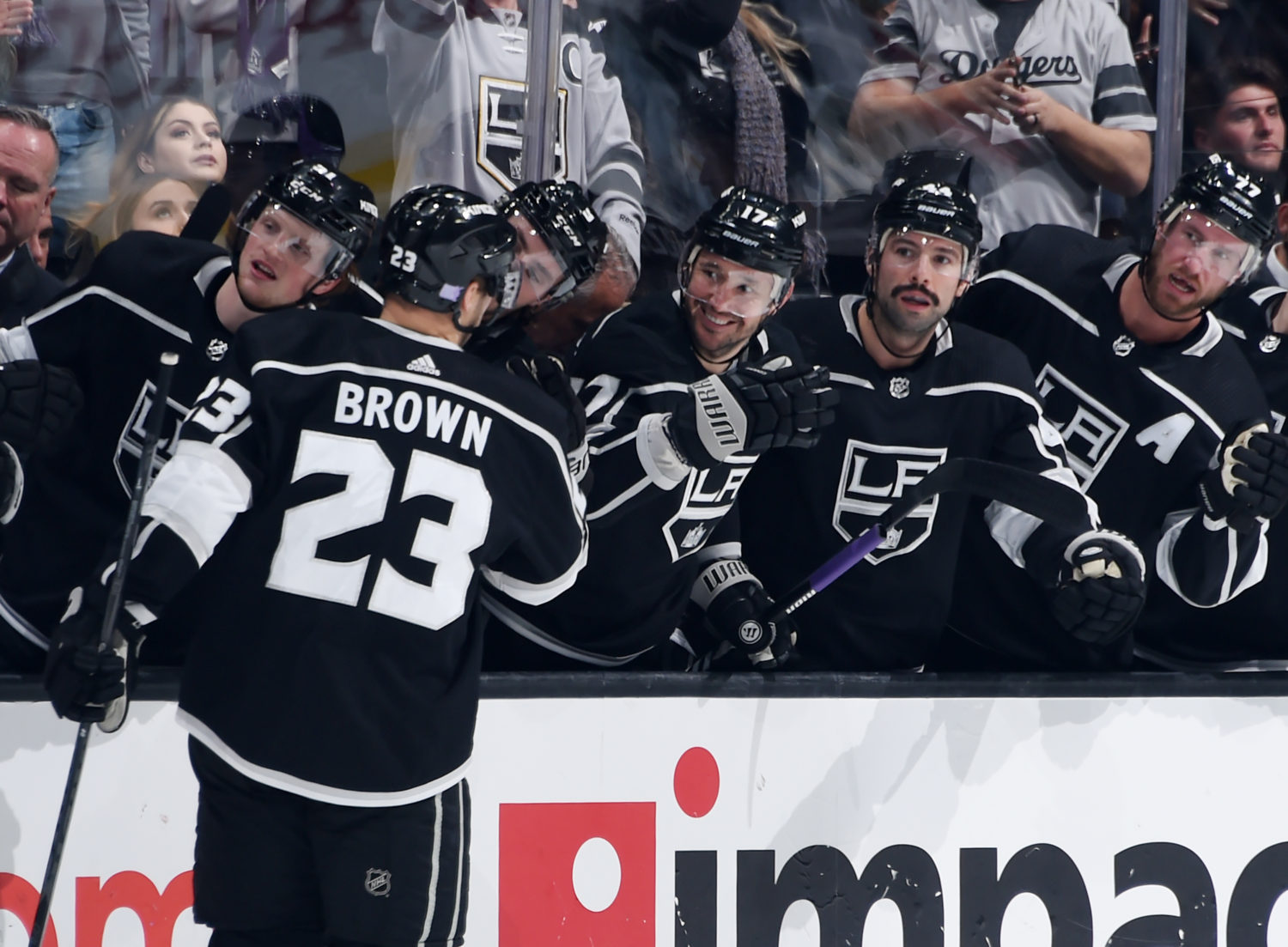 Willie Desjardins, on how badly the team needed a performance like Sunday’s:
I thought we needed it. You could tell in the dressing room before the game. The guys were certainly talking more, certainly thought they had to come with a better performance. I thought it was a good start. I thought we played well throughout – there were probably about 10 minutes, maybe five, six minutes at the start of the second I didn’t think we were quite as good, but other than that, I thought we played well.

Desjardins, on whether Ilya Kovalchuk’s 6:20 was a “coach’s decision”:
Yeah. [Reporter: What’s he not doing for you?] The tough part about that match-up is McDavid can come, he can either take a minute-thirty shifts, so then you’re running through two lines, or he comes back on right away. So, it was trying to keep guys away from McDavid a little bit tonight, and how they’re playing, that power play unit didn’t get a lot of time, either, so he didn’t get a lot of time there. I just think other guys were going tonight.

Desjardins, on what Los Angeles did well to contain Connor McDavid and Leon Draisaitl:
Both those guys are very good players and they’re hard to contain. I thought our D had probably the best game they’ve had in the last three or four. I thought they did a good job. We tried to protect the middle of the ice and keep them a little bit to the outside, but even doing that, they still had chances.

Desjardins, on whether he felt Dustin Brown was close to breaking through before Sunday:
That line’s been frustrated a little bit. They haven’t been getting as many. They’ve worked hard. It’s nice to kind of get the monkey off your back when you’ve finally started scoring a little bit, so it was good to see him get three.

Anze Kopitar, on if he felt like tonight he and Brown were able to rekindle their chemistry:
Yeah, I mean we wanted this to happen Game 2 in the season, but we’ll take it right now. Obviously it was a big win for us. We realize if we’re going to climb out of this thing, it was going to have to be in the division for sure. So encouraging start to kind of the road trip now that we’re going on the three division games, so it was probably our best game this season really. I thought everybody was working really well. Obviously there’s still room for improvement, but we’ll definitely take the two points.

Kopitar, on having good energy to start the game:
Yeah, I mean you feel the puck a little bit, you touch it a few times, you make a few nice plays and even sometimes you don’t connect on it, but you just get your energy level up a little bit. You know your mind just slows down a little bit so you can see the play a little better. It was good. Like I said, it’s a huge different.

Kopitar, on whether tonight was one of the more physical games of the season:
Yeah, maybe. I just think we were obviously a lot more engaged than any other game this season, so it was really good to see.

Kopitar, on taking an early lead and then coming back to win:
It was big, just because you get the lead and then you give up on the PK one again and they come and they strike early in the second, but we don’t hang our heads. We come right back and we win the game. And you know, two-two going into the third, it was same scenario last night and we couldn’t get the job done and it’s very encouraging tonight to really get it done.

Dustin Brown, on finishing the game off strong:
We’ve given up the first goal I think in probably more than half our games. I don’t know what it is and I think we play better with a lead. We don’t chase the game as much. I mean I know we fell behind, but starting out with the lead kind of gives us that little step. We just need to find a way to do that more often, more consistently.

Dustin Brown, on how much they needed a performance like tonight’s:
Well pretty much every game now, especially these division games. We’re at that point where we can’t really lose many more of them so it’s what we needed. We needed that last game too so we’re going to need it in the next three and that’s kind of what we need to focus on right now is finding a way to play better. I thought we were better in all areas of the ice tonight. We gave up some, but they got some really good players over there that are going to generate regardless of what we do so it’s a matter of finding ways. I thought we generated a lot more on the offensive side tonight.

Dustin Brown, on what was different tonight:
Our PK was better. I know we gave up one, but our PK has been a staple of our game. Our forecheck, our powerplay scored two or three. All those things kind of add up to having a better performance. This game, I don’t know similar to the Columbus game really — I thought Columbus we were better, more sound defensively — but again, when you play McDavid, he’s going to find ways to have an impact in the game pretty much every night. That’s why he is the player that he is.

Dustin Brown, on whether the chemistry he has with Kopitar can be tapped into at any time:
Yeah, I think a lot of it’s just playing together and reading off each other. I think we probably, I could’ve had a couple more and he probably could’ve had one or two more goals tonight. It’s one of those things where our spacing was really good tonight. We found a of empty space behind the defenders. Like my second goal was a result of finding space. I think he hit the crossbar earlier on in the period coming through. Just finding that space where we can read off each other really well and then obviously AI’s the engine.

Dustin Brown, on how the team can keep the momentum going:
I mean that’s a hard — if I had an answer for that we wouldn’t be — it’s one of those things where I’ve always believed that it comes down to individuals. If everyone is individually prepared and ready to go, getting better every game, then we’re going to be better as a team. I think it really just comes down to if individuals are performing better and collectively we’ll be better.

–With the win, Los Angeles improved to 85-85-39 all-time against Edmonton, a record that includes a home mark of 46-37-21. The Kings are 13-1-0 in their last 14 games at Staples Center against the Oilers, dating back to November 3, 2011. These teams have three games remaining: November 29 and March 26 at Rogers Place, and January 5 at Staples Center.

–Matt Luff (1-0=1) extended his goal-streak to four games (4-1=5), the longest by a King this season. It is the longest goal streak of at least four games by a Kings rookie since Jimmy Carson recorded goals in seven straight games from March 19 to March 30, 1987. He is the fifth different Kings rookie to register a goal streak of at least four games in franchise history (Carson, Luc Robitaille, Bernie Nicholls and Steve Bozek).

–Derek Forbort (0-2=2) tallied his first multi-point game of the season and fourth of his career.

–Ilya Kovalchuk played a team-low 6:20, registering one shot. He was not credited with a shift in the third period.

The Kings are scheduled to practice at Toyota Sports Center at 10:45 a.m. on Monday, November 26 before departing for Vancouver.