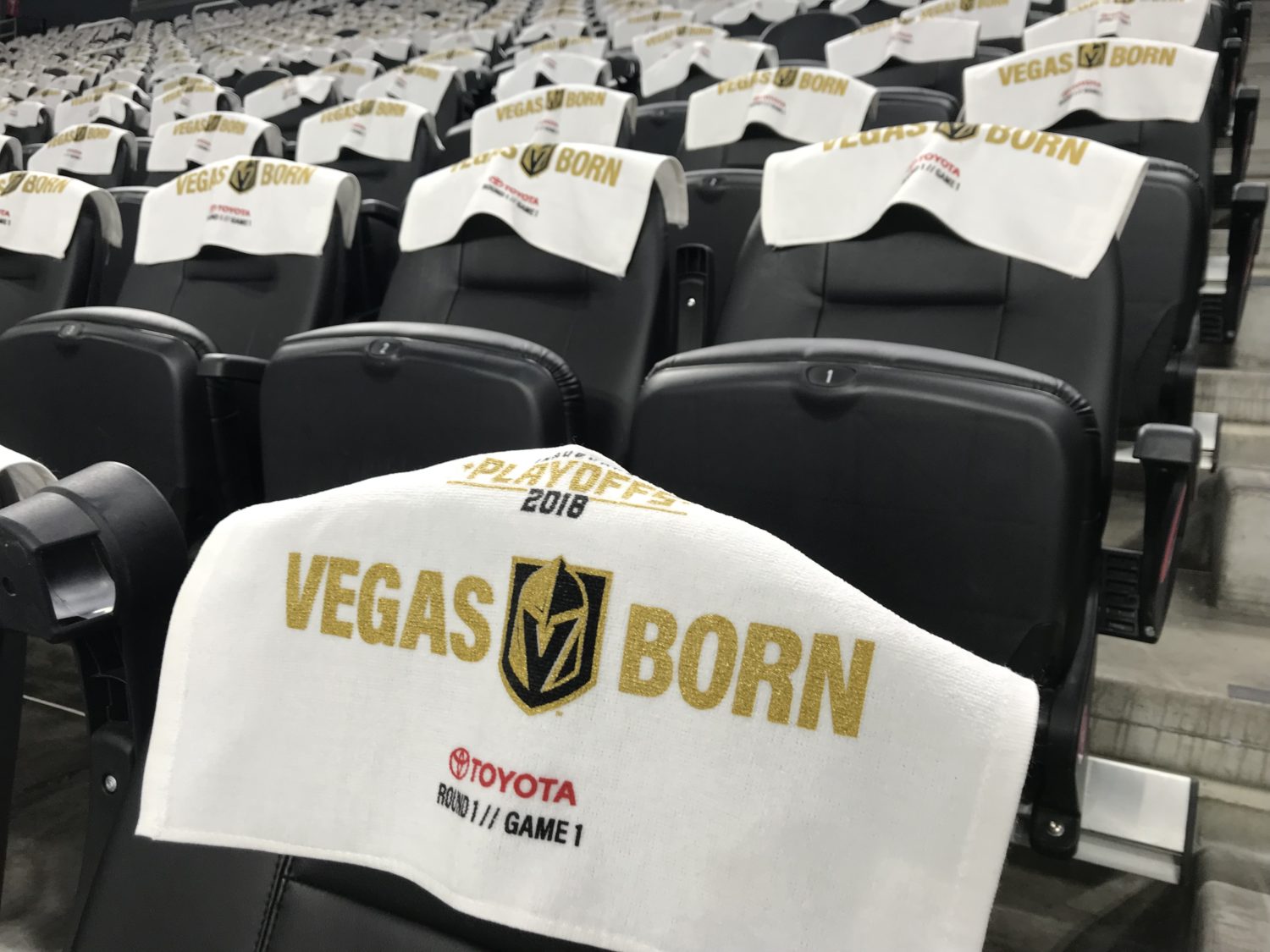 A good afternoon from Las Vegas, Insiders. The Kings took the T-Mobile Arena ice at 11:00 a.m. and showed the following alignment:

-The vitals: Surprise! Jonathan Quick was the first goalie off the ice at the morning skate. He’s 46-35 in 81 career playoff games, all starts, with a 2.27 goals-against average, a .921 save percentage and nine shutouts. Jake Muzzin (upper-body) was deemed “questionable” by John Stevens during pre-game media availability. Whether or not he’ll go tonight will be learned during warm-ups. 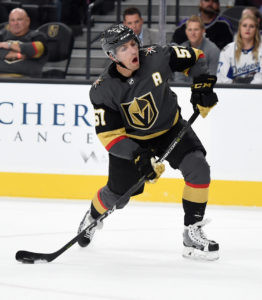 -Their vitals: It’s looking like David Perron (undisclosed) is out tonight. Several players appeared to take the optional at the Golden Knights’ morning skate at City National Arena, including top-line center William Karlsson. (Perron skated in his place alongside Jonathan Marchessault and Reilly Smith.) Expect groupings of Marchessault-Karlsson-Smith, Neal-Haula-Tuch, Tatar-Eakin-Carpenter and Nosek-Bellemare-Carrier up front and defensive pairings of McNabb-Schmidt, Merrill-Miller and Theodore-Engelland. In 115 career playoff games, which includes 113 starts and three Stanley Cups, Marc-Andre Fleury is 62-51 with a 2.65 goals-against average, a .908 save percentage and 10 shutouts. His 115 career playoff games are tied with Glenn Hall for 13th all time. With 128, only Henrik Lundqvist has more career playoff games among active goalies. Fleury is 7-3-3 with a 2.09 goals against average, a .935 save percentage and two shutouts in 13 career regular season games against Los Angeles.

-Another playoff series, another round of So How Do You Not Let This Crowd Affect You. The Kings have been there before; this topic has been covered, whether in San Jose or Chicago or Beijing or Hamburg or I don’t know. Somewhere else.

Of course, it’s a bit different this time. There is tremendous energy in any expansion market, especially so when that team runs away with the Pacific Division and finishes its inaugural season with a 51-24-7 regular season record. Also, in case you hadn’t noticed, T-Mobile Arena has flummoxed many an opponent, who have won in regulation only 10 times this season. That impressive home success helped the fun and partisan local SinBin.vegas site apply the appropriate reminder that The House Always Wins, to borrow a familiar term.

“It’s a loud building,” Dustin Brown said. “They come out hard really early in this building.”

Understandably – and very similar to reflections on the San Jose series of yesteryear – there were questions surrounding the importance of getting off to strong starts.

“We want to get the first goal, obviously, but if it doesn’t happen, and something doesn’t go right, we can’t get down on ourselves. We’ve just got to stay positive and try to go out and get the next one,” Drew Doughty said. “It’s going to be fun right off the bat. They’re going to be flying, so we’ve just got to be safe with the puck and try to play in their zone as much as possible.”

Catching John Stevens’ praise this season has been the Kings’ ability to not let one early moment in a game establish any sort of permanent trajectory. The numbers back him up. After a minus-27 first period goal differential, they’ve made the necessary adjustments to a tune of a plus-21 differential in the second and a league-best plus-39 in the third. Along with their 9-7 overtime goal count, they’re a plus-62 from the second period onward this season.

“We know that no matter what, our team is going to try to get back in the game,” Doughty said. “If we give up two goals early or something bad happens, we’re never going to get down on ourselves, and we’re not going to shut down. We’re going to do everything we can to get that back, whereas maybe a young guy or something like that, they would look at it as, ‘oh, we’re down 2-0, we’re screwed, we’re not coming back.’ We don’t have that mentality. We’ve come back in series, come back in games many, many times, and we know what it takes, so I think definitely we can use that.”

-On that experienced leadership core, here’s Dion Phaneuf talking about what he noticed about the Kings’ group after having joined the team in mid-April: “I was just so impressed. When you play against players, you definitely have a respect or them, but when you’re in the same locker room and you’re doing it day-to-day and you’re seeing how they carry themselves, how they prepare, right from day one when I got here, I had a lot of respect for the way the guys carry themselves, their professionalism, and you can see how they run things here and the way they’ve had success. There are reasons why they’ve had success, and I’ve got a lot of respect for the whole group, but especially those guys in the leadership group, the way that they carry themselves, their professionalism on a day-to-day basis. It’s very impressive.”

-There was also discussion this morning about the Kings and Golden Knights taking a major leap in a rivalry that was easy to see coming. Based on geographical proximity, Las Vegas serving as the home of a sizable contingent of Kings fans prior to the Knights’ arrival and the long-established Frozen Fury series, which brought Los Angeles pre-season games to the Silver State beginning in 1997, it wasn’t hard to foresee local fans co-opting the old Boston chant of “Beat L.A.,” much as the fans of Kings, Dodgers, Lakers and Clippers rivals have done.

-Dustin Brown, on whether the Kings wanted to face the Golden Knights in the playoffs: “You just try to climb as high as you can. The match-ups are what they are. You don’t try to pick anybody or try to avoid anybody. Once you get to the playoffs, the new season starts. We’ve been an eight-seed playing the best team in the league that won a Presidents Trophy. I think looking back on those types of opportunities and those types of situations, you just get your match-up and you prepare to beat that team.”

-Six years ago today, Dustin Penner slammed home a puck that usefully caromed off Jeff Carter’s skate after Mike Richards set the play up with some astute up-ice pressure. What were your thoughts heading into Game 1 of the 2012 Stanley Cup Playoffs?

-Gabriel Vilardi scored an additional two goals last night as the Kingston Frontenacs held serve at home and tied their second round series with the Barrie Colts at two games apiece. Both of Vilardi goals were game-tying goals; video of the Frontenacs’ win is available here. Game 5 is set for 7:30 p.m. ET Thursday night in Barrie.

Drew Doughty, on whether the Kings bank on an edge in experience, despite roster turnover:
We’ve got a lot of different guys in the room, so it’s not the same look that we had before, but we can feed off that experience. Playoffs is a whole other animal. For guys that have never played in the playoffs, it’s so much harder, and it takes so much work. It’s a whole different story, so I guess the experience definitely will help us, but a lot of guys on that team still have some experience in playoffs. They’ll use that, too, but obviously with us winning the two Cups, we have a little more, so we need to feed off that.

Doughty, on what he learned about Vegas in the teams’ regular season meetings:
That they just have a lot of depth. They have a really good team game, too. They’re coached really well. Their coach over there has done a great job, and because they have all that depth, all those players can play that way he wants to play. It’s going to be tough. They’re quick, they’re good defensively, they get the pucks up, and they’re just trying to run=-and-gun to get the puck up the ice, so we’ve just got to keep control of the puck as much as we can and not make mistakes. They look for turnovers, and they create off forecheck turnovers, so just take those away.

Doughty, on whether the feeling at the outset of the playoffs evolves from year-to-year:
I don’t think so. Yeah, we’re happy to be back in the playoffs because we weren’t last year, but that’s not how we’re looking at it. We’re looking at we’ve got to win this series, we’ve got to win this game tonight. This is so much fun. This is the point of the year you were waiting for, and I know I always had that feeling before playoffs started – I just can’t wait to get out there. Kind of the same feelings. I’m not feeling much different. I’m just excited to get out there and have fun.

Dion Phaneuf, on the playoff spark that catalyzed Ottawa last season:
The playoffs are about momentum, and I think you see that every year, whether it’s a game, a period, a shift, everything is magnified and if you look at the way that series go, they’re seven-game series for a reason, and it’s about carrying momentum a nd getting momentum and continuing to carry it. I think the playoffs is about being an even keel, and you want to make sure you can get as much momentum as you possibly can, and that’s what a big part of it is. 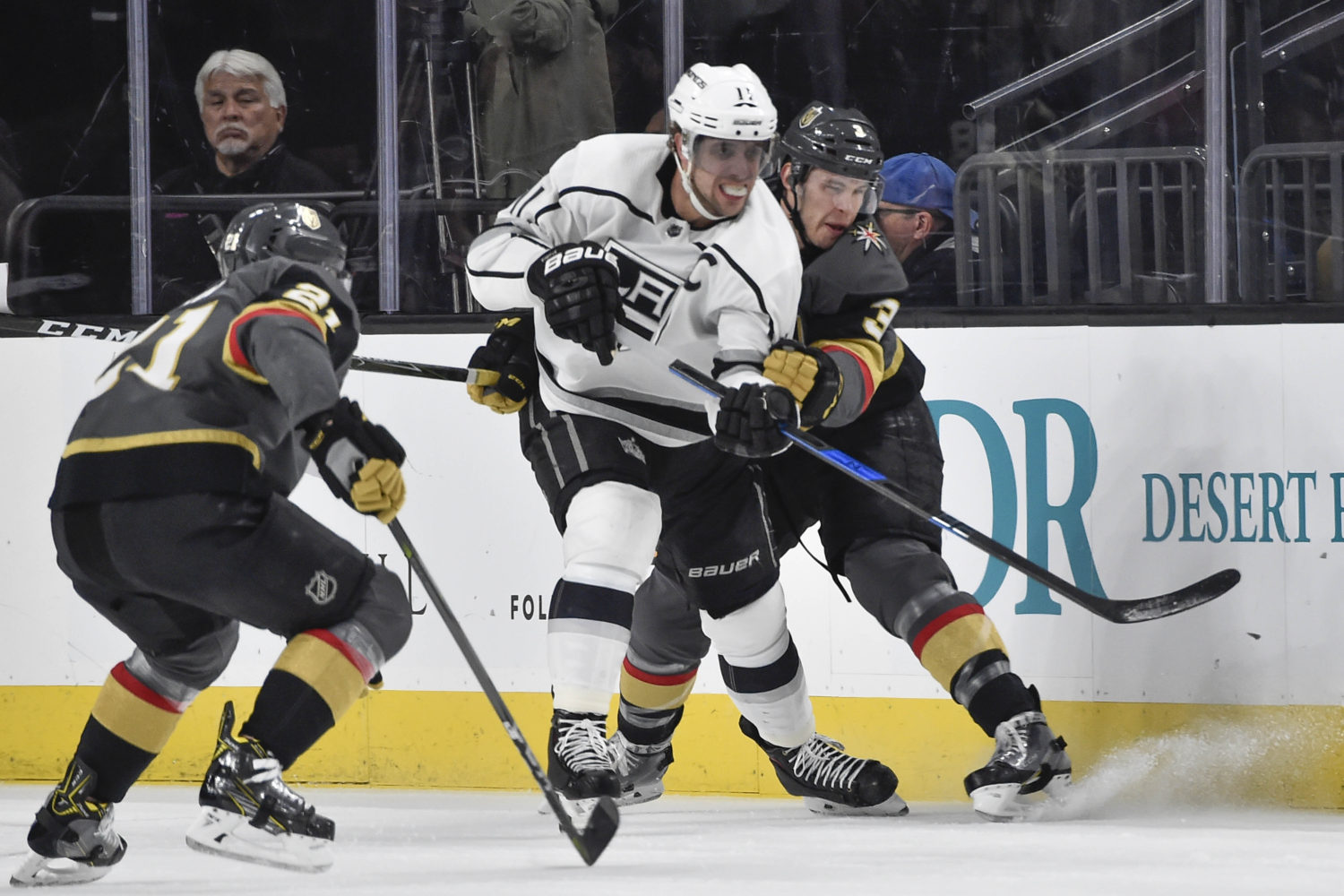