Stevens on the rivalry, atmosphere, slowing down the Golden Knights 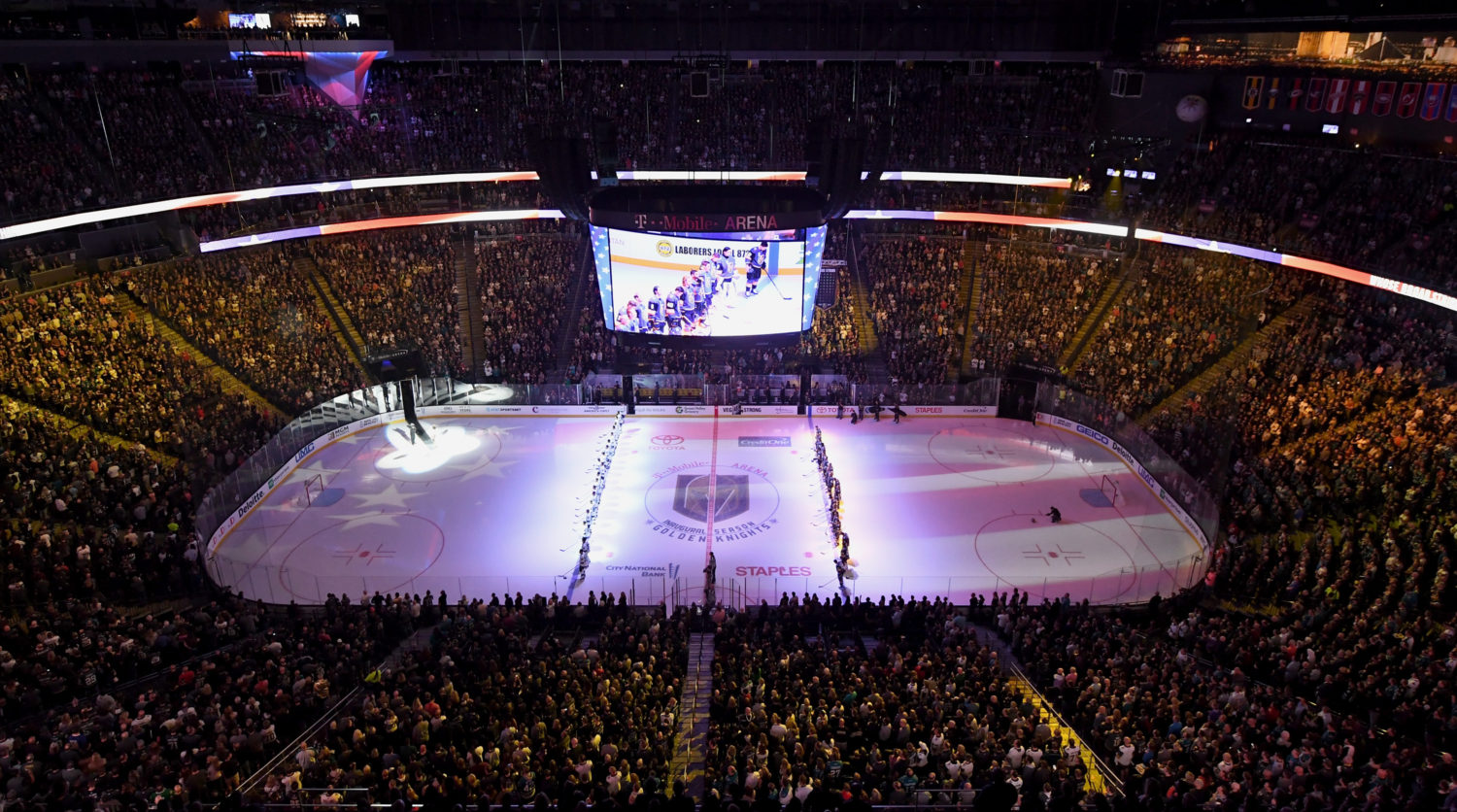 On the atmosphere at T-Mobile Arena, and whether he expects an influx of Kings fans:
I think you’ll definitely see a loud Vegas crowd. I think they’ve been like that from Day 1. I think this building is an exciting place to play. I think we always have some Kings fans that travel. The proximity’s close, so we’re well supported wherever we go, certainly in this environment, but this building has a lot of energy, just like our building does, and we’re expecting a very energized crowd here tonight.

On whether playoff experience in L.A.’s veteran corps helps in tough buildings against fast teams:
Well, I think it certainly helps that you have people in your lineup that have played in this environment, excited to play in this environment, don’t mind playing with pressure in this environment. I think it goes a long way to helping some of the younger players that don’t have quit as much experience. At the end of the day, you work hard all year to build your team game to be in position to be ready this time of year, and that’s the way we look at it. We think it’s a really good opportunity to play under pressure in situations that we’ve all had a strong desire to play in all year, so we’re excited about it.

On the key to handling Vegas’ team speed:
With Vegas, they have a very solid team game and they get contributions from all over their lineup. They’re six D, they’re four lines, probably five lines deep, so we’ve just got to be ready. I think the start of the hockey game’s really important. I think they try to pursue and put a lot of pressure on the opponent, and I think they do a really good job of getting pucks ahead. We’re just going to have to be ready ourselves. We think our team game has been sound all year and we’ve had some good match-ups with Vegas all year, so we’re built much of the same. We like to use four lines, we like to use three pairs, and we think we have depth in our lineup so we’re looking forward to the challenge.

On the last game in Vegas being “physical,” and whether that could be accentuated this series:
I think these games this time of the year are played hard. I think the players that get into games this time of year are going to play hard. There’s a lot at stake, I think teams are here because they’ve been really committed to each other, and I think the intensity of the playoffs goes up for both teams. Everything goes up. The pursuit goes up, the pressure goes up, the willingness to finish checks because so much is at stake goes up, so we don’t expect anything different tonight.

On a budding rivalry, and whether teams have to play in playoffs for a rivalry to flourish:
I think when you have two teams that are competitive, for sure, when they’re in the same division, it starts there. If you don’t have a rivalry with a team, it’s probably not a very competitive series, and I think anytime you play a team in the playoffs, especially when it’s in the division, that’s where the rivalry’s built. There’s a lot at stake here. Both teams are trying to move on and continue their season, and one team is standing in the other team’s way. For sure – I just think if you looked in the dictionary, that’s probably the definition of a rivalry and how it starts, so it’s no different here. [Reporter: What’s your favorite rivalry in hockey?] Whoo. Personally? One that I’ve been involved with? I don’t know – I’ve had some great ones over the years. I spent a long time in the American league, and the Philadelphia-Hershey rivalry is as good as it was for me playing, but certainly coming out west here, you’ve got three California teams since I’ve been out here that have all been very good teams with Anaheim and San Jose. Those stand out for me. And I think the fact that we played Chicago so much over the last few years, those rivalries with so many great players on both sides and so much at stake and seven-game series, we’ve had lots of good ones here to reflect on.

On which Vegas player concerns him most offensively:
I think we’re looking at their whole team. I don’t think you can focus on any one player. You can’t ignore the fact that their top line with Karlsson, Marchessault and Smith have been lights out all year, and they’ve put up huge plus numbers and scored a lot of goals, but if you look at their team, they’re a well-balanced attack team. They have two good power play units. Their defense are very involved up-ice, so I wouldn’t identify any one player. I think we’re going to have to be ready to play a really strong team game.

On the five Stanley Cups between Jonathan Quick and Marc-Andre Fleury:
I think you get to this point in a series by having great goalies, and both these guys – I said it the other day – are really good competitors, really talented guys and have had a ton of success that have both won Cups before and are considered really good teammates. It’s as good of a match-up as I think you can find.

On the importance of getting off to a good start at T-Mobile Arena:
I think the start anywhere is important. If you look around the league now, it’s not just Vegas, there are a lot of teams that were really dominant teams at home. Look at San Jose and Anaheim – same thing. I think this crowd is very energetic. I think they’re going to be excited about being in their first playoff game here, and I think the start of the hockey game, regardless of where you’re playing, is important. You get off on the right foot, momentum is an important thing in the playoffs. I think it’s important that we get off to a good start tonight.