“Really good chance” Iafallo plays; “not sure” on Muzzin; “no” on Forbort 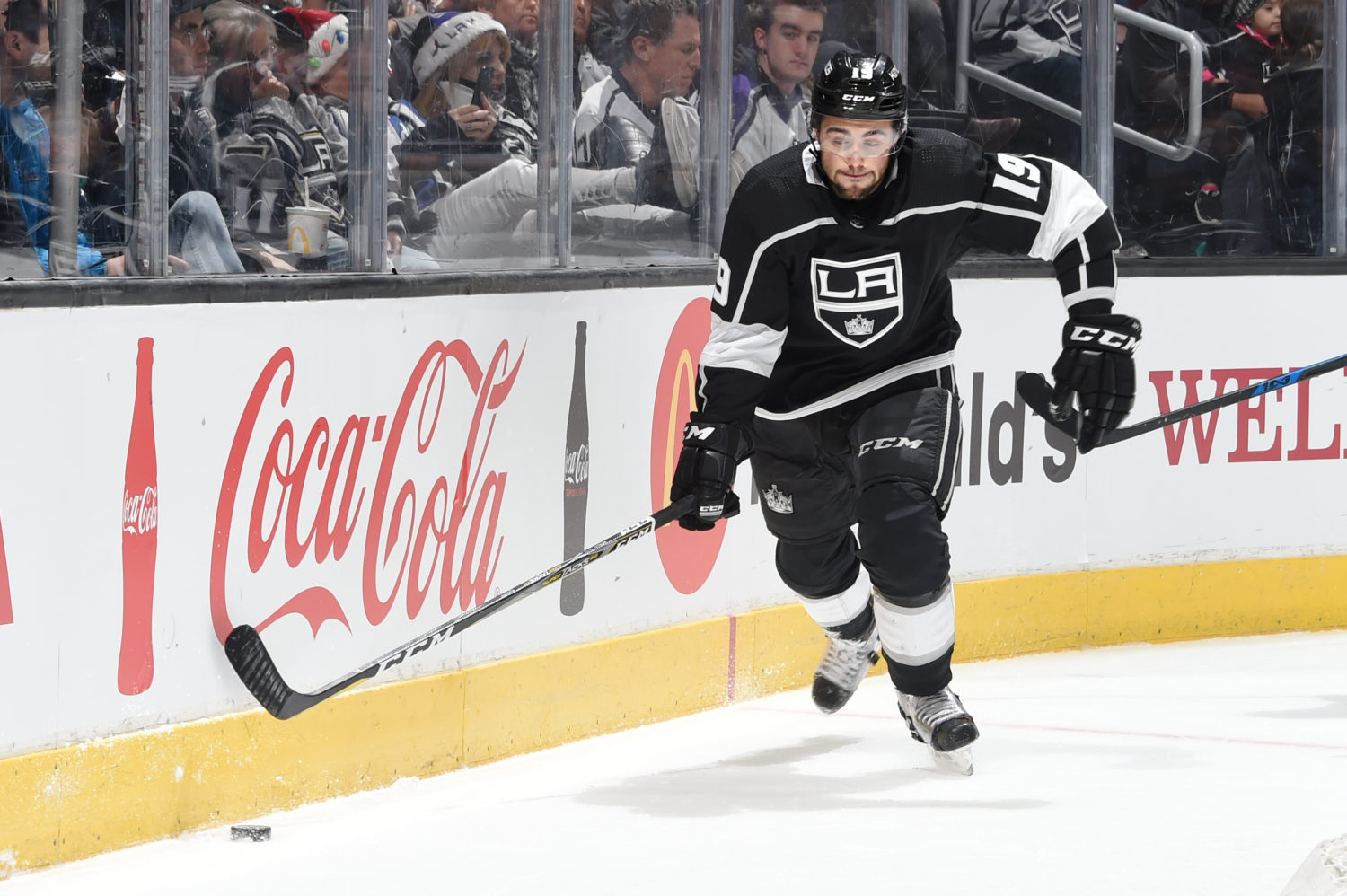 Let’s just get it out of the way: The Kings will not have their full assortment of players when the first round series against the Vegas Golden Knights begins Wednesday at T-Mobile Arena. You knew this, because you read John Stevens’ quotes Saturday when he was asked if the injured players would be available. “Some of them, maybe. One of them, maybe. Two of them, maybe. All of them? No,” he said. Derek Forbort, the furthest from playing, was on crutches last week, and is confirmed out.

When the team practiced Monday, Alex Iafallo was back in his familiar spot alongside Anze Kopitar and Dustin Brown, a good sign he’ll be available at the outset of the series. Jake Muzzin practiced in a red non-contact jersey and wasn’t among the top three pairs of defensemen once line rushes were held. That can obviously change, but his status remains up in the air.

“I haven’t talked to the trainers yet, but that was Alex’s full day back, full-go, and he looked good,” Stevens said. “I think there’s a really good chance he’ll be ready to play, and Muzz, we’re still not sure.”

Nate Thompson and Trevor Lewis took personal days – a congratulations goes out to Lewis, and his wife, Kara, who welcomed twins into the world on Monday – and Stevens said they’d both be back with the team on Tuesday.

But the big question on availability surrounded Muzzin, who had a terrific season with eight goals and 42 points in 74 games and posted the best CF% (52.9%) and CF%Rel (+4.9%) among team regulars. When asked where exactly he was at in his game-readiness, Muzzin chose his words deliberately.

“I don’t even know, to be honest,” he said. “Practice today, no contact, it was good. I feel good. We’ll re-evaluate and go from there. That’s all I really have for you guys about that.”

There are, however, good signs that Iafallo will be ready to go to open the postseason. Los Angeles would have a full assortment of its forwards were he to play, and his presence on the top line helps provide balance across the forward groups.

“Obviously being out for a while there is tough,” he said. “I’m definitely very excited to get back, especially at this time of the year I’m very excited. It’s going to be a fun run here.”

Jake Muzzin, on whether rehabilitation was compressed due to the playoffs’ impending start date:
Not really. Once we clinched, it kind of took a load off that I’d have a certain amount of time before playoffs, so that was nice to see. But the way we rehab is if it’s ready, then it’s ready. I know it’s an important time, and you want to be playing. I’ve been bag skating, and it sucks. I’m ready to get out of here and start playing again, so we’ll see what tomorrow brings.

Alex Iafallo, on whether he’d be available for Game 1:
I’m feeling great right now. Depending on what happens and how tomorrow goes, we’ll figure it out. I’m feeling great, though.