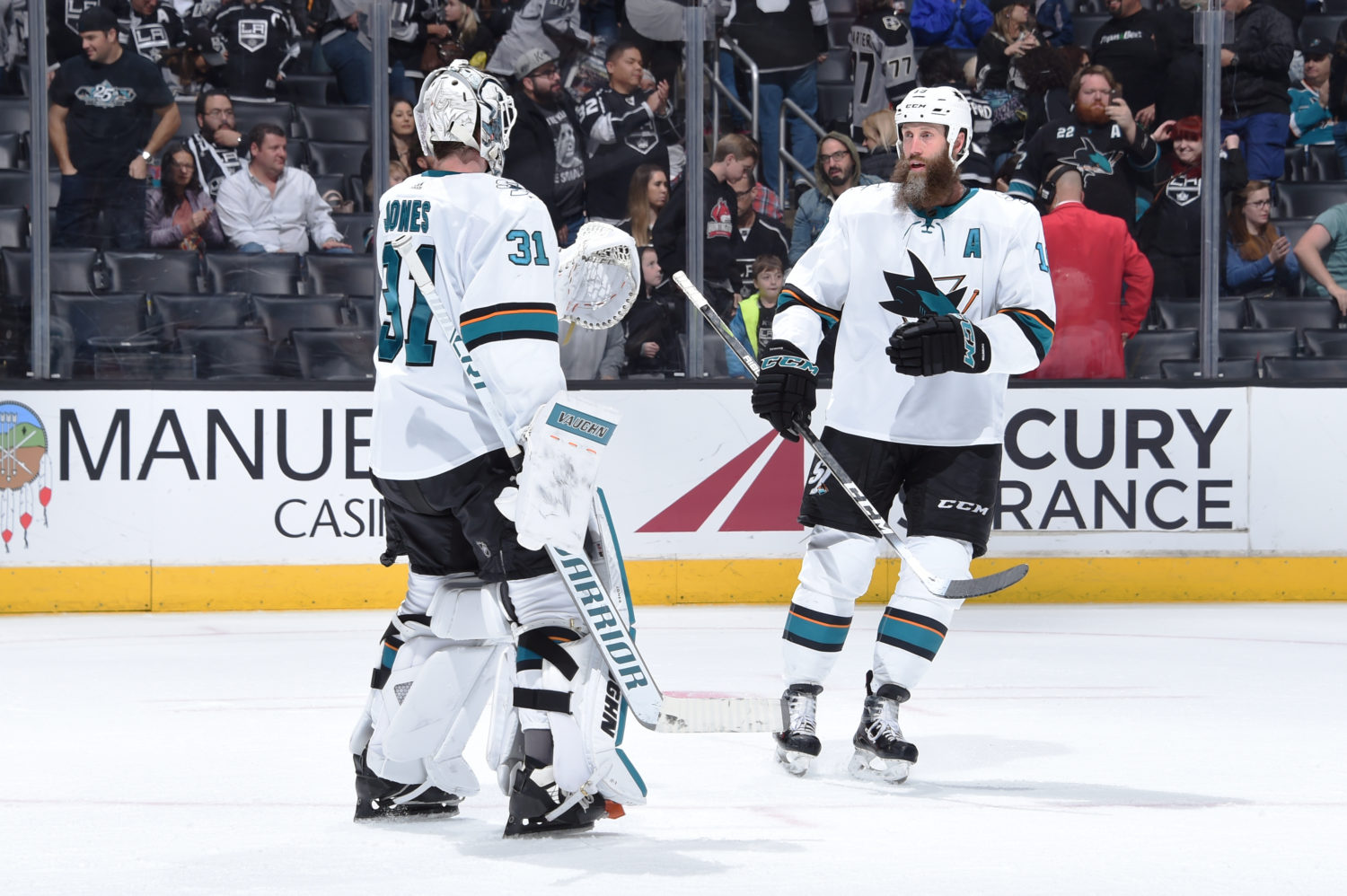 In an ominous performance that was more reminiscent of their late-season 2016-17 drop off than some of the more familiar outings in which they played well but were felled by mistakes, or untimely goaltending, or one of the yesteryear possession demonstrations in which they played well but simply couldn’t score, the Kings were unable to generate a spark through long stretches of a 4-1 matinee loss to the Sharks on Monday and woke up Tuesday morning faced with the reality that they’re back in the middle of a hungry playoff pack. There are 10 Western Conference teams that have collected between 49 and 56 points, and only six playoff berths to go around, if we are to assume that Vegas (looking like a clear lock) and Winnipeg (without games in hand but in a comfortable position) are playoff-bound. Los Angeles is stuck on 53 points, one more point than San Jose, which has two games in hand but is the first team left out in the playoff grouping of musical chairs. But other than perhaps the second period of the Calgary game, there wasn’t really a great deal of commonalities stringing Monday’s game along with the three losses that preceded it. 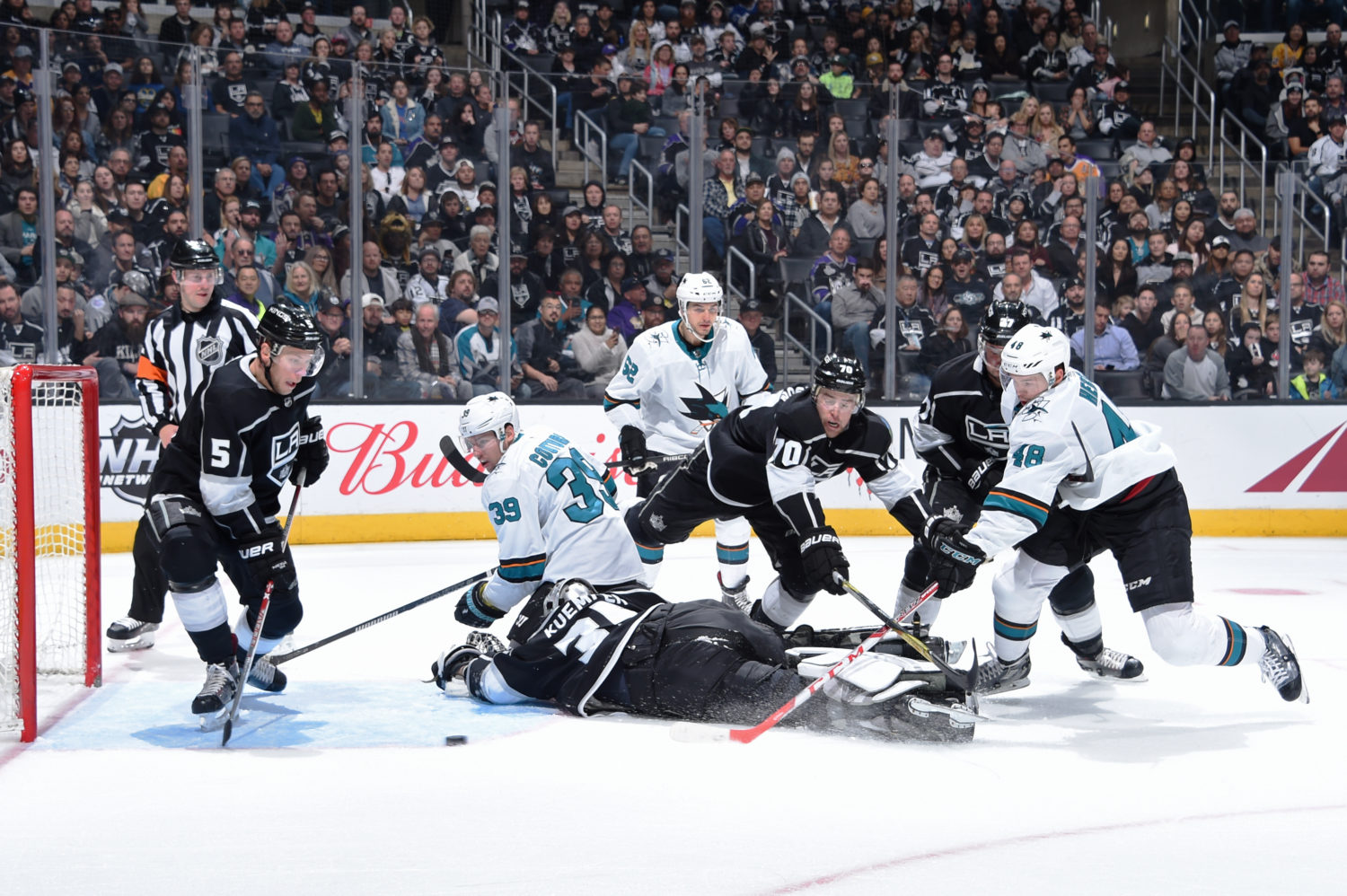 The alarm has been sounded several times: for the Kings to win – emphasized with their personnel shortcomings with Jeff Carter and Jake Muzzin out – they need to get performances from every player in their lineup. This has been said in various ways by John Stevens after recent games, and it was clearly applicable again on Monday. The core players have largely been there, and the top players have effectively checked well and limited the opposition’s top players. For the third straight game, though, the Kings were unable to contain the opposition’s role players, which suggests some challenges the team is facing towards the bottom of the lineup. Five-on-five goals-against over the last three games have been scored by Austin Watson (two), Ondrej Kase (two), Scott Hartnell, Chris Tierney, Barclay Goodrow and Mikkel Boedker. The big guns have largely been held in check, apart from power play and empty net production. San Jose’s role players were better than Los Angeles’ role players on Monday, and the Sharks escaped Staples Center with a win for the ninth time in 10 games (including playoffs), even though their game hadn’t been in particularly good order in January. Still, San Jose is among the league’s best teams at defensive zone coverage and suppressing shots towards their net, and I’m not sure if Martin Jones broke a sweat over the first 40 minutes of the game. 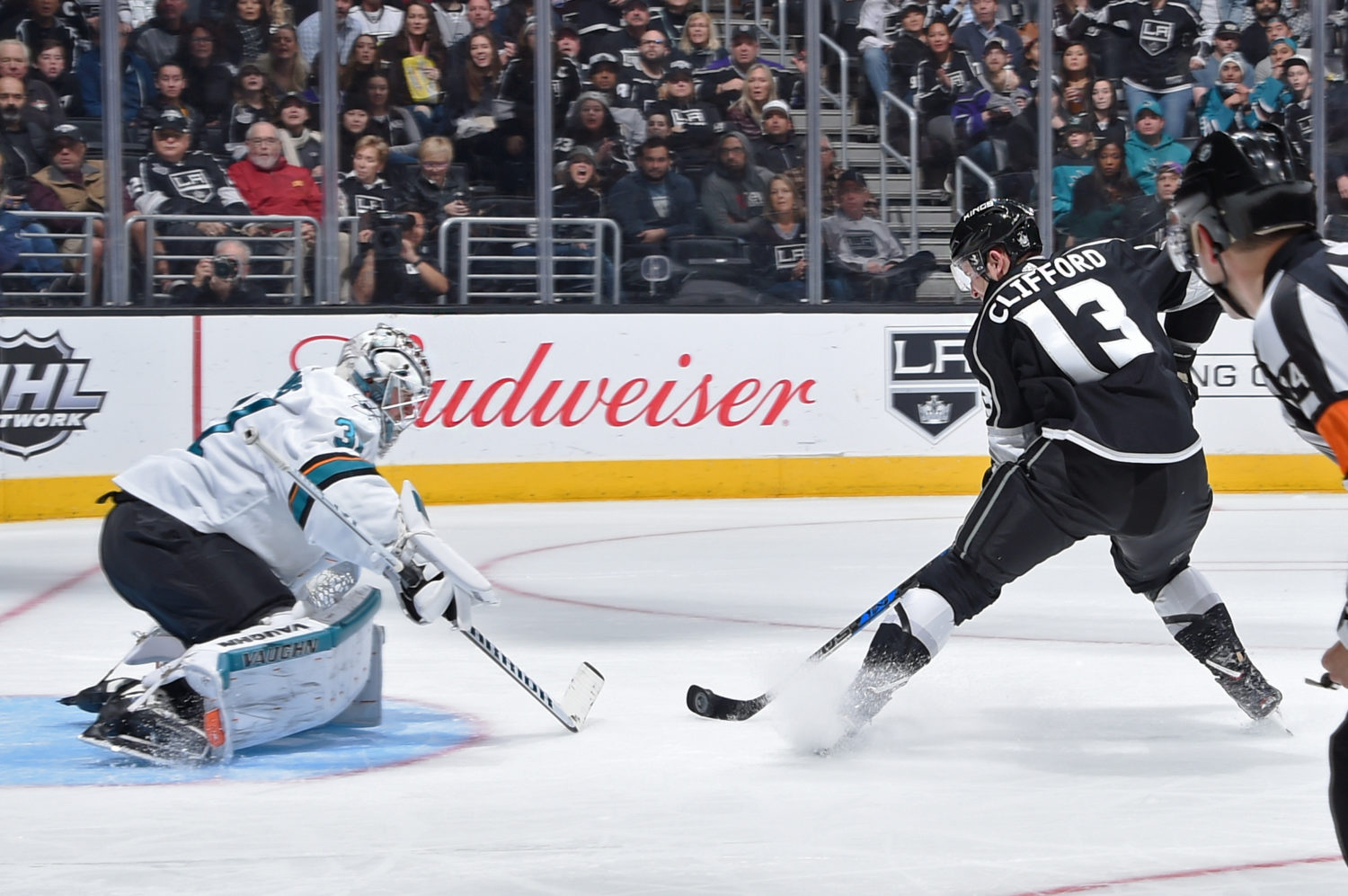 The Kings are 0-3-0 without Jake Muzzin in their lineup, and a combination of a thinly stretched defense and the inability to regularly forecheck has been a poor combination in recent games. San Jose’s first goal came as the result of an iffy line change in which Torrey Mitchell’s line jumped onto the ice to defend an unimpeded advancement into the Los Angeles zone, and though Christian Folin battled well in front of Darcy Kuemper, he was unable to deny some net-front playmaking from a very effective Joonas Donskoi, who spun and centered the puck to a net-crashing Tierney, who snuck behind Kurtis MacDermid and banged the centering feed into a wide open net. Tierney is an ideal checking/depth center, but that was still a relatively easy goal to be ceded to that line. MacDermid has been on the ice for too many goals against as of late and has been a minus player in six of the last seven games. Paul LaDue will be coming soon, but while there’s upside in his game and he’s a needed right-handed shot, he has 22 games of NHL experience and isn’t any sort of fix-all. There were a few brighter spots, as well, including Marian Gaborik’s threatening play both on the rush and in the zone after several off-games. But it’s a good time for two non-game days in which the Kings can take stock of what’s working, adjust the issues that aren’t working, and hunker down for a tough three-in-four weekend against Pittsburgh, at Anaheim, and against the New York Rangers. 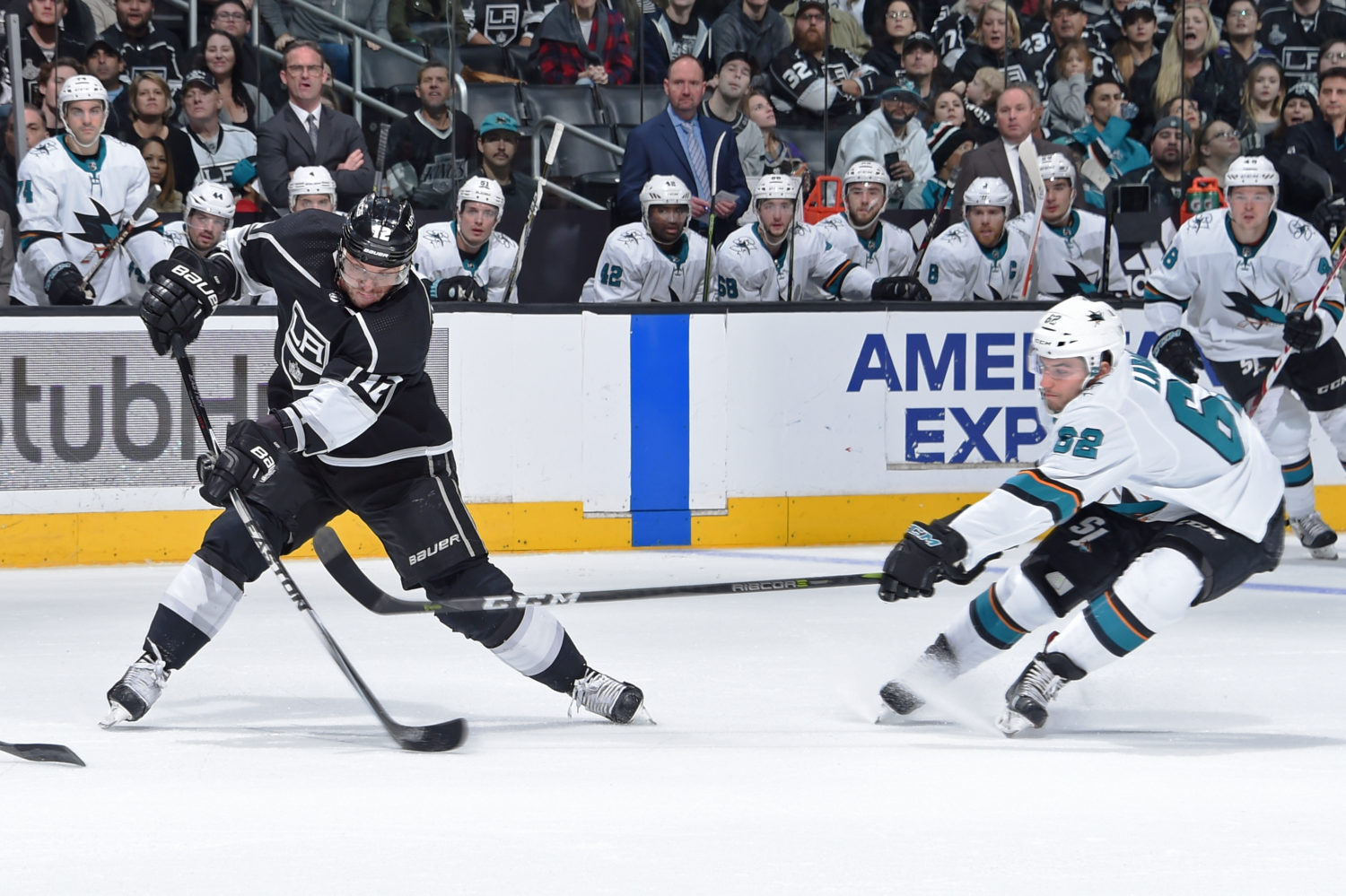