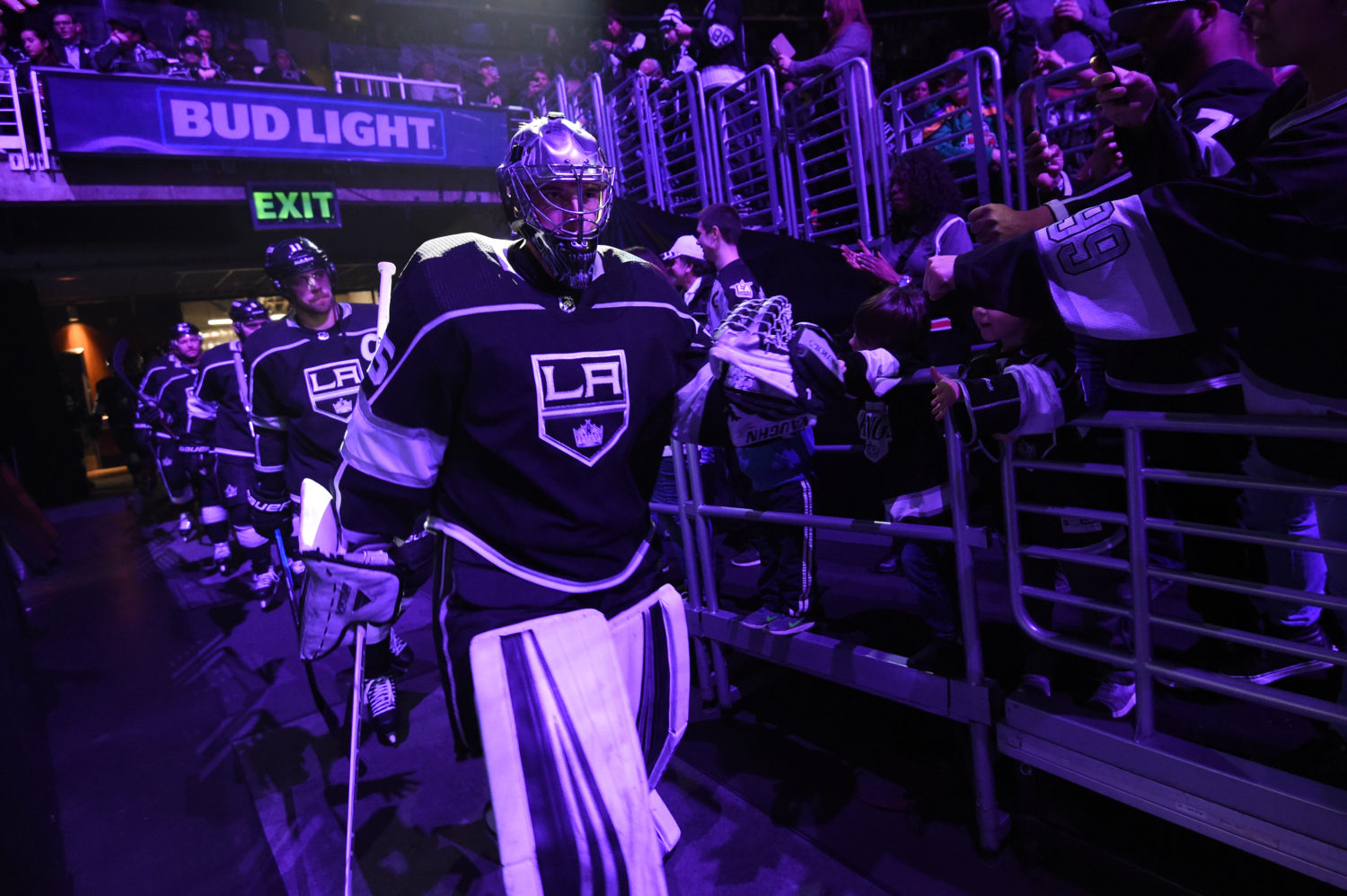 On what will be needed to produce a 60-minute effort:
Well, I don’t know if it’s so much of a60 minute effort. We had some guys that were really off tonight, so [I don’t know] if the break affected us that way or not, but certainly we had a stretch of that hockey game where we looked totally off. We had some guys in our lineup tonight that were really off, and it showed.

On what the team will need to do to get “back on the same page”:
Just regroup here. It’s one hockey game, and I thought we got some good efforts out of our key veteran guys there, but they can not do it on their own There are guys that are in the lineup, young guys getting an opportunity to play more, young veterans getting an opportunity with more responsibility in your lineup, so that’s a hit to reset the button after that one. I’m not sure – there are a couple glimpses or bright spots, if you want to call it that, from individual play, but we’ve got to get our team game reset on both sides of the puck and get behind and play with a level of urgency that’s necessary every shift. We’re looking at each game like it’s a playoff game right now, and we can’t have anything less than everybody or we’re not going to win.

On whether there’s one commonality that has linked the four losses together:
Well, this game is totally different to me than some of the others. I thought we had our chances in games leading up to here where we had some self-inflicted wound where we may have made some mental errors, but the team game was in pretty good order. Tonight we just had guys that were really off, and we’ll sit down tomorrow, regroup, address it and be better.

On how much Jake Muzzin’s absence is affecting the team:
I think Muzz is a big part of our team. You’d like to think with him out of the lineup we could have other guys that could take advantage of an opportunity, and the same thing with Jeff out early in the year. We really asked other guys to take advantage of an opportunity, so that’s the way we’re going to present it. Again, not having him was a hole, but having guys that were really off on top of it really made a compound problem.

On the significance of the losing streak, given how tightly bunched the standings are:
That’s not good at any point during the year, to be honest with you. You get out front, and we have our goals for each segment, and when you reach them, you pull away and stay on top, and when you don’t, you bring yourself right back into the pack, and we brought ourselves right back into the pack.

On having wanted urgency in today’s game, and where the team will go from here:
We just throw up the white towel. We’re going to go home, right, and call it a season? Is that what you guys want? Listen, it’s not easy, and it’s not supposed to be easy. I thought we had some key guys – Kopi, Brownie and Drew. The goalie gave us a chance to win tonight. Guys like that. Iafallo was terrific again tonight, I thought, so I wouldn’t say your whole team went out the window. We just have to get guys reset. Whether they didn’t handle the break properly or that they’re taking time to get back into it – your son comes home and he makes a mistake or he got a bad grade, you sit down and you look at the problem and you fix it. That’s how we do things here. Nothing’s changed for us. We feel good about our team and the leadership of our hockey team, and we’re honest with ourselves. The honesty is we all need to be a lot better.

On Darcy Kuemper’s performance:
He gave us a chance to win. He made some key saves at key times. I’m not sure if you could fault him for anything there. He had some lapses there where we weren’t intense around our net, started to chase the game, gave up odd-man rushes, and they executed a little too easily. He’s way down my list in terms of a guy that needed to be solid. I thought he came out and gave us a good effort.