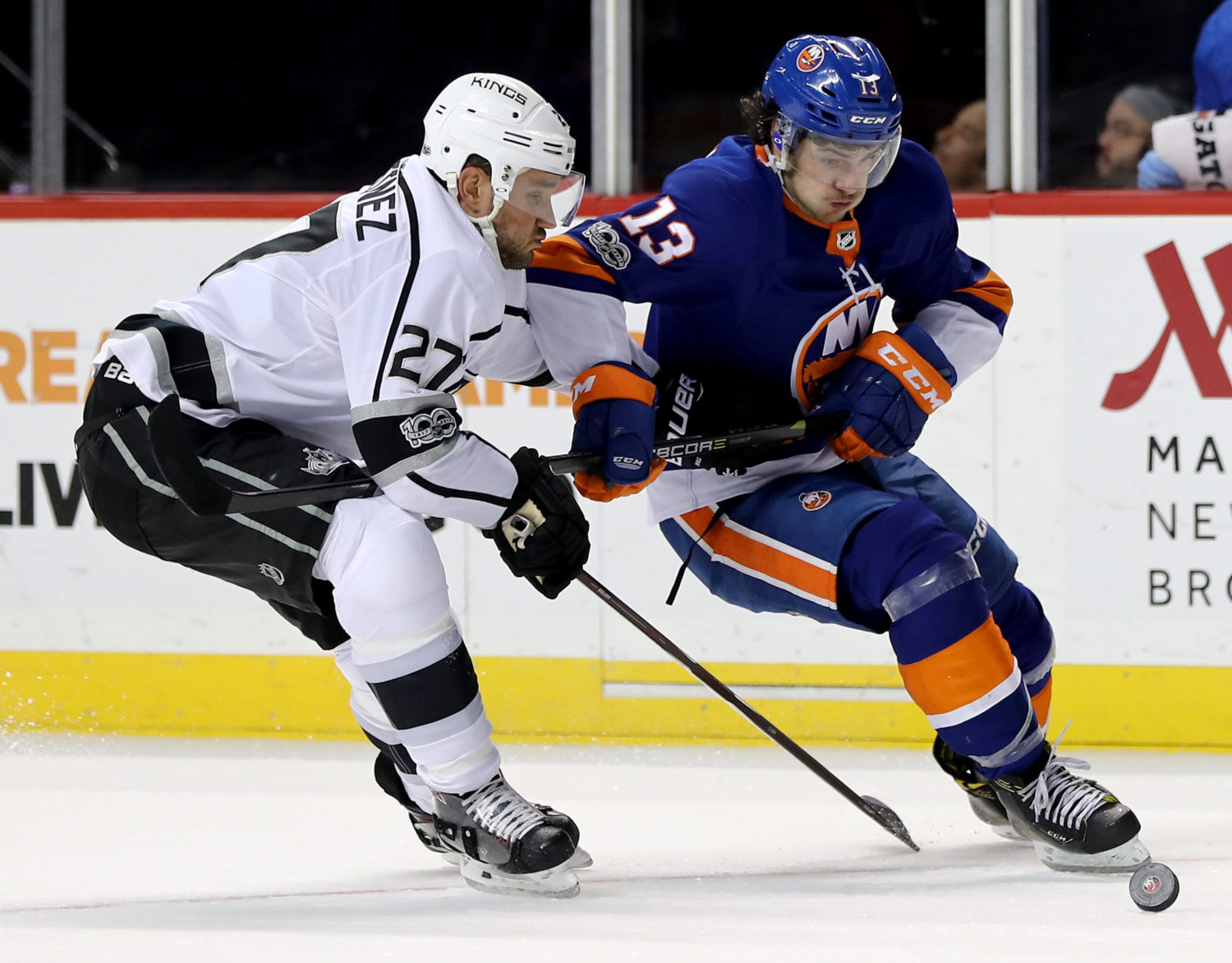 On whether it was good to “scratch out” a point in the loss, or whether it stung:
Well, I think it was a good point. The game looked like it got away from us there. At the end of the day, you want two points. Got off to a good start, two-nothing lead. You’d like to build on that, but once we went down with three minutes to go, the same cast of characters find a way to get a point for us, but ultimately we want two points.

On whether the second period penalties slowed the team down:
Sure did, yeah, sure did. Penalties made it five-on-three there. Back on the penalty kill, Kopi, Brownie ended up being taxed extra minutes there. Certainly penalties played a big part in it. They’ve got a dangerous power play. It gave them some momentum in the hockey play. Even when they don’t score, they get opportunities, so, for sure.

On how the Islanders gained momentum in the second period:
I thought it was a pretty good hockey game. They’re a good team, so I’m not sure what you want me to say. We had penalties there, they took advantage of it. They got a late goal in the first period. I thought they got a break on the power play goal. We actually had good coverage, but that’s what happens, right? You get in that situation too much, you get a stick on a puck, and it goes right to Tavares, back side. I would’ve liked to have seen a little better play on the third goal, but at the end of the day, guys found a way to get a point. [Reporter: It looked like Kopi was frustrated at that moment, too, because, like you said, he got a stick on it and it goes right to Tavares.] That’s a good read. The guy was maybe just a fraction of a second late, but he saw the play going to the guy in the hole, and it just deflected to the guy backside, but that’s why you don’t want to put yourself in those situations too often. You get on the penalty kill too much, good players are going to get those opportunities and good things are going to happen for them, so you’d like to get that number way down.

On an assertion by Anze Kopitar that the team is “not a confident group right now”:
I don’t really know what ‘confidence’ is, right? You put the work in, you do the preparation, you go out there and apply yourself. I mean, it sucks when you lose. That’s the bottom line, so maybe the spirit’s a little bit not what it was when you’re winning hockey games, but at the end of the day, I thought we got some good performances tonight and performances that needed to be better. ‘Confidence.’ It’s a dangerous word. Confidence comes from preparation. Guys like Kopi prepare all the time. That’s why he’s a confident player all the time.

On Oscar Fantenberg’s performance:
Fantenberg came in and gave us a good game. I thought he gave us some good, solid play, and that’s what we were hoping from him.