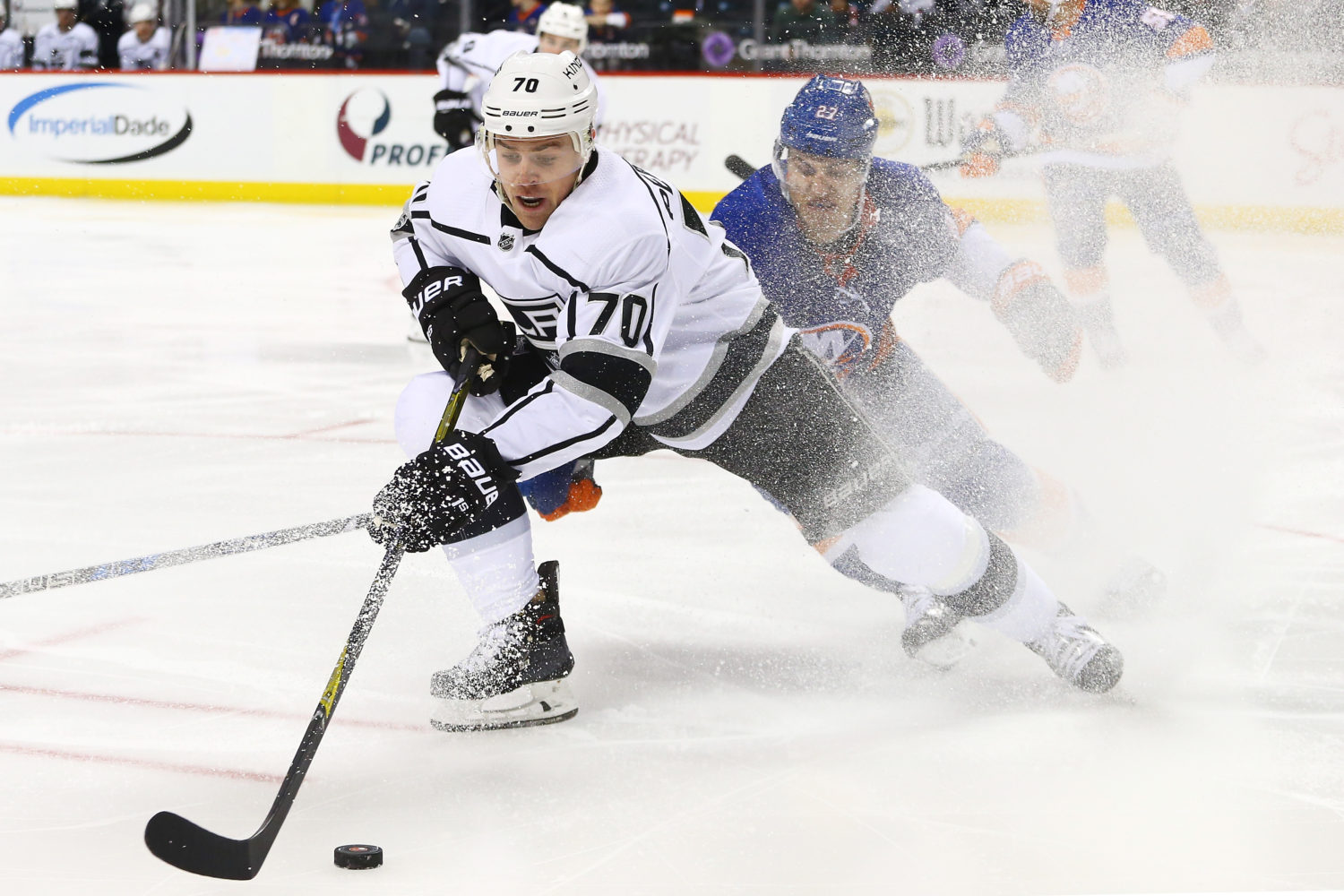 Anze Kopitar, on losing the game after tying it up late in the third period:
Well, it’s definitely bittersweet. You’re going into the third period with the lead and you, then you end up chasing the game with three minutes left in the period. So we’ll take the point, but obviously we can’t be satisfied with that. You know, I just think we’re not a confident group right now. We’re more playing not to lose than we are to win so we’ve got to turn that around.

Kopitar, on what caused the lack of offense in the second half of the game:
I think the second period, a lot of it had to do with the penalties and us killing. So that was certainly the case. But yeah, sometimes when you have the lead you pull back just not really intentional, but you do. And it cost us the game.

Kopitar, on what he saw on his goal in the final seconds of the game:
I mean there was nothing much to it. Obviously we were trying to get pucks to the net and hang around and we were able to jab it in.

Kopitar, on whether he was certain the call on the ice was going to stand:
I mean I knew I got a lot of the puck a couple times and I was above 95 percent sure that I wasn’t hitting his pad or anything. So you know, and then I saw the replay and in my head I was thinking, “this should be a good goal,” yeah.

Darcy Kuemper, on John Tavares’ goal:
Yeah it was unfortunate bounce, you know the PKers doing the right thing. Get a stick on the puck in the middle that theyr’e trying to one-time and it goes straight across to their other guy, Tavares, for a one-timer. Unfortunate bounce for us and yeah, then it was a tie-game.

Kuemper, on the drawbacks of being on the penalty kill five times:
Well, I mean it’s hard to generate offense when you’re killing, but I thought we did a good job of killing them off until the bounce in the third. I guess it just takes away a lot of offensive time.

Kuemper, on losing despite winning games late earlier in the season:
I mean we got the tying goal in the dying seconds, but now we’ve been doing a great job in the last couple minutes all year and then in overtime the puck rims around the glass off our two-on-one and then it comes back to them for a two-on-one and I just wasn’t able to make the save.

Kuemper, on how important it is to come away with a point despite the loss:
I guess, yeah, it’s better than no points, but right now we’re just feeling like we left a point on the table.