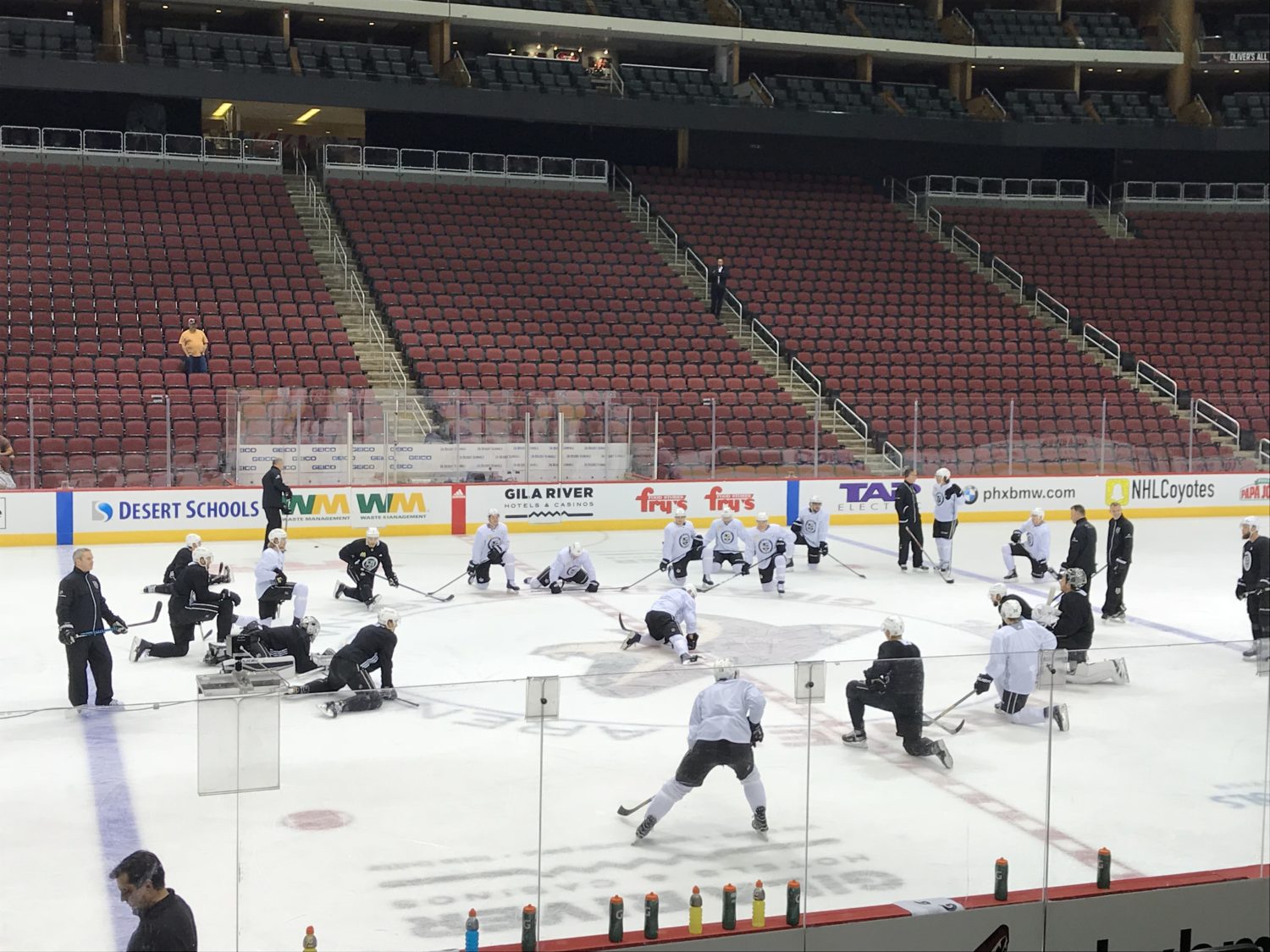 John Stevens said he wasn’t yet sure as to whether Gaborik would return tonight and would talk to the trainers before making the final decision.

But the sense I have is that Gaborik expects to play tonight, and not only because he led the team in stretching at the end of the morning skate, as shown above. Earlier this week, there were discussions between Stevens, Gaborik, the trainers and the doctors that indicated that a return this week was very possible.

Should the Kings activate Gaborik prior to game time, there would need to be a corresponding move because of the arrival of Torrey Mitchell, who was acquired yesterday from Montreal but did not join the team in Glendale. “Immigration issues need to be worked out first,” a team source said.

Once Mitchell joins the team, he should be able to provide a veteran checking presence with speed and strong detail.

“He plays center and wing, but he’s very good in the faceoff circle, skates really well, a really smart defensive player and plays hard, so I think that element of speed and responsibility will be a really good addition,” Stevens said.

The Kings waived Brooks Laich this morning, as first reported by Sportsnet’s Elliotte Friedman, but Laich will remain on the roster until he is claimed, or clears waivers and is hypothetically assigned. (There was no immediate word from hockey ops on whether Laich would report to Ontario, should he clear.) Laich has one assist in 12 games with Los Angeles. One possibility is that the club could place Nic Dowd on injured reserve. Dowd did not travel with the team after suffering a minor undisclosed injury late in Wednesday’s loss to Winnipeg and is unavailable tonight.. “At the end of the game we got word that something was up,” Stevens said. “He skated yesterday, but still it was a situation where you didn’t think it was the best interest to travel, so we left him home, just giving the best opportunity to recover quicker.” He’s not expected to be out for any extended length of time.

Gaborik, 35, has not played this season after undergoing a “more in-depth medical procedure for a chronic issue related to his left knee” early in the off-season. There were some whispers he might be able to rejoin the team near the outset of the season, but after progressing during training camp, was held off the ice for the first half of October. Regaining the momentum in his comeback, he progressed in recent weeks to the point in which he was fully integrated into practice, making his return virtually imminent. The last game he played was the 2016-17 finale in Anaheim, which capped off a 56-game, 10-goal, 21-point season. In 989 career games, Gaborik has 396 goals and 794 points. 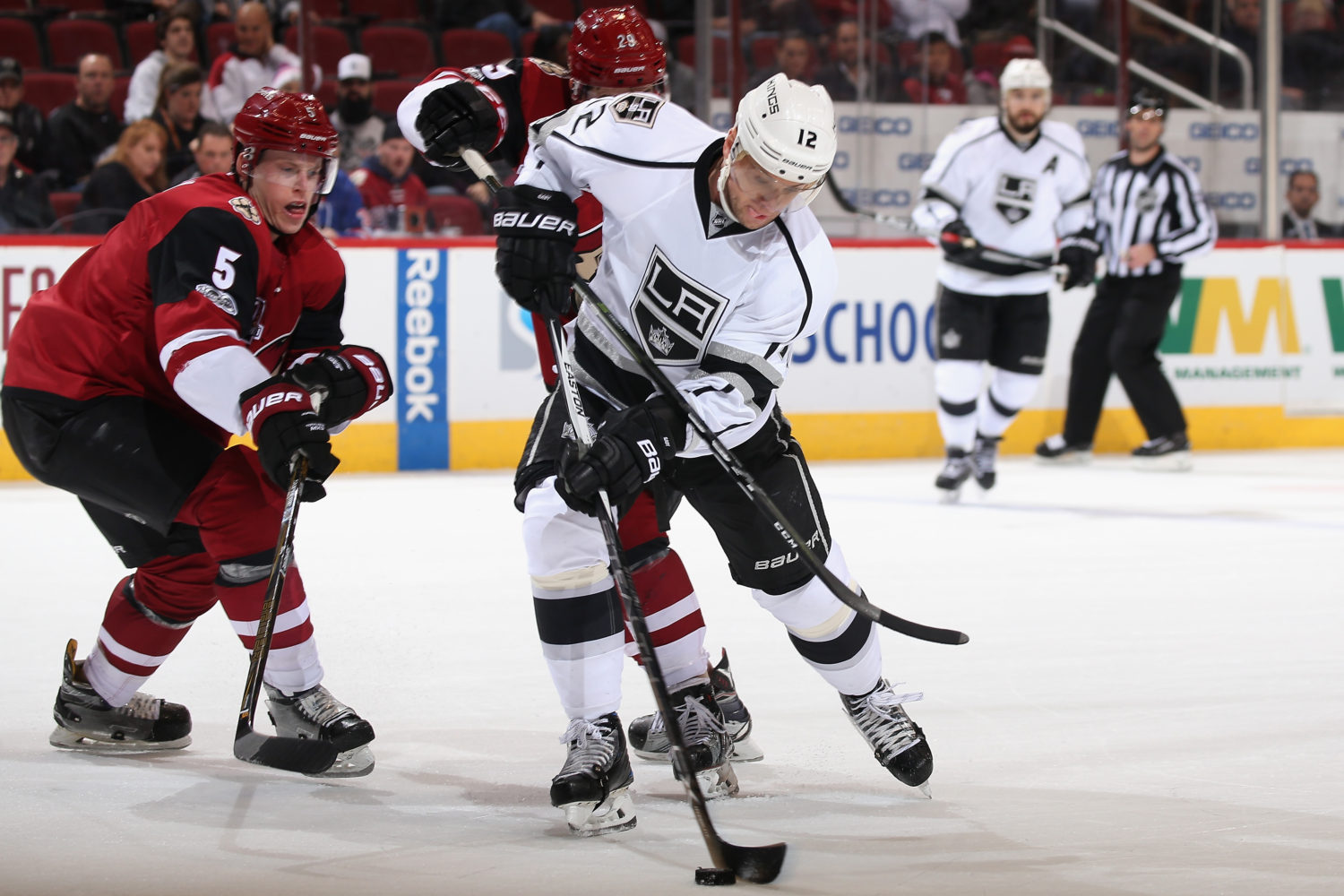