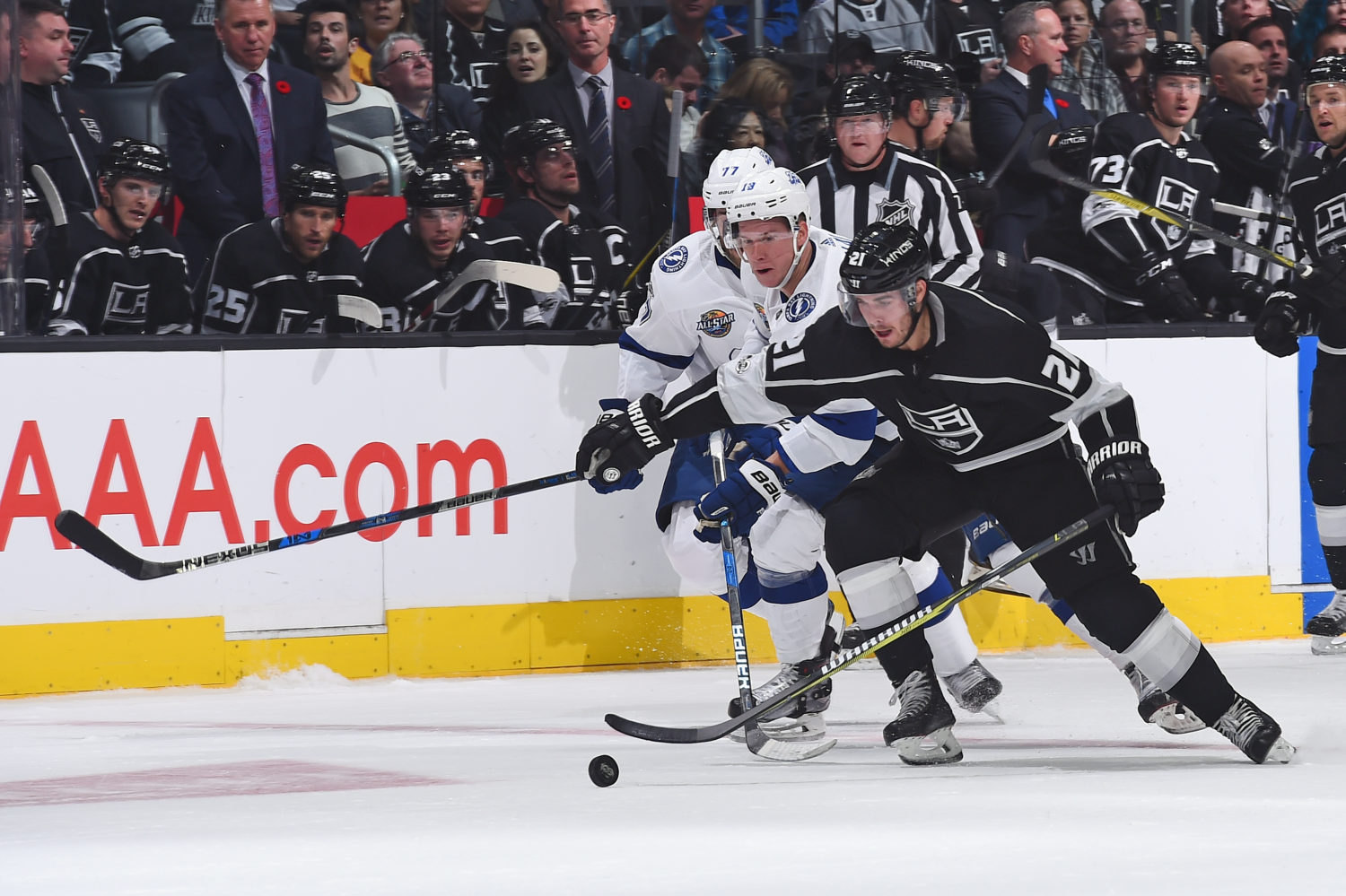 On Dave Lowry’s impact on penalty killing and the systems already in place:
We sat down and looked at the way this team played and some things he had done. He had worked with the Canadian team, and very, very similar to what we were doing. Philosophically we really saw it on what was being done here and what we wanted to continue to do here. I have a pretty firm belief in that. He and I and Don, we all had a discussion. Billy’s involved in that because certainly the goalie’s a big part of it, and I think we all agreed philosophically we liked what we were doing. Then it was just a matter of getting familiar with the language, what were the key points that we taught before. There’s a lot of detail within the structure in terms of stick position in certain situations, rotations. There’s a lot, a lot of detail that comes with special teams, but with Dave it was kind of easy because we had a real similar belief in everything we were going to do. He had killed that way similarly before, so it was a pretty easy transition, to be honest with you. [Reporter: Active stick – is that kind of one of the things that he’s emphasized?] I think we’ve always emphasized that. Stick position and positioning in the lane, trigger points, check-off points. There’s some reads coming into the zone that are important that are consistent with five-on-five. I wouldn’t even say there’s a lot of changes, but sometimes just different terminology is something we learned. We include our goalie quite a bit in what we’re doing. Our goalie has to know who he’s responsible for. I think you have a problem with the goalie’s trying to decide between five different options. We try to make sure he knows what the option is. If they get an option, that’s what he’s going to get, and I think it helps the goalie because you’re going to need goalies to make saves. If we can eliminate a couple options, he can focus primarily on a couple options they might get, and that gives him a head start.

On any correlation in the scoring chances against, the Tampa Bay game notwithstanding:
I think every game’s been a little bit different. That segment, we went through the last five-game segment and we saw our goals-against climb a little bit. I’m not sure if it was the teams we were playing. I think we killed probably the same amount of penalties as before. I think it’s just something in our game we’ve tried to correct a little bit. If there’s one area that we thought that probably wasn’t a big issue with the Tampa game but it was an issue in those five games it was the puck management a little bit. I think we turned pucks over that turned into chances against us, almost like a self-inflicted wound. We had a good meeting today, just kind of going back over our structure and revisiting that part of our identity and what needs to happen. It wasn’t really a critical meeting, it was more of a discussion to make sure that we’re all on the same page. I think it’s stuff that we can correct. The game against Tampa, those are good games they have to learn from. So, you know what? We clearly are not where we need to be, and there was some work to be done to get there. Games like that really force you to take a look at those areas.

On whether it’s noticeable when the opponent is playing the second game of a back-to-back:
We haven’t really seen it yet. We were talking about that. We’ve got to do a better job of taking advantage of that. But I think players are so well conditioned now. Tampa went with 11 forwards and seven D in both games, and they’ve got a deep group of forwards that are all capable of playing high-teen minutes, so 11 forwards didn’t really affect them. Same with us – we went to Ottawa on the back-to-back and played very well. I think teams are so well conditioned and they do such a good job with recovery. We beat Montreal here on a back-to-back but they really buzzed us early. We got a jump on Toronto and then they really came back on us. Nashville was a back-to-back. I haven’t seen a big drop-off. I think in the minors when you’re getting maybe three-in-three, the third game in three nights, and you can see fatigue set in. Maybe even in over the course of the season you catch a team on a really long stretch. You’re going to get tired at some point. Even race cars get tired, and they’re machines, right? Guys will get tired at certain points, but I think at this point of the season everybody’s schedule’s allowed them to have their guys in a got spot physically. I think back-to-back, I haven’t seen any impact on teams, including ourselves. [Reporter: Did you play three-in-three a lot when you were in the minors?] Three-in-three, four-in-five, all the time. Three-in-two-and-a-half. That third game at noon or 1:00 on the third day, it’s tough. You worry about injury in those games. You know what? You could really see the pace of play [decline] and mental fatigue, mental mistakes in those games. The good thing is most teams are in the same situation so you’re not very often playing a team that’s only played every-other-day and you’ve played your fourth in five. It’s usually a team that’s in a very similar situation to you. We told guys when they get called up – three-in-three, physically it’s hard, mentally it’s easy, right? Playing games every night. Playing every other day here through 30 days? That’s where it mentally gets tough, getting ready to go all the time. Guys want to play all the time, right? It is physically taxing, but I think the challenge at this level is the mental part of the game – being ready every other day. That’s tough.