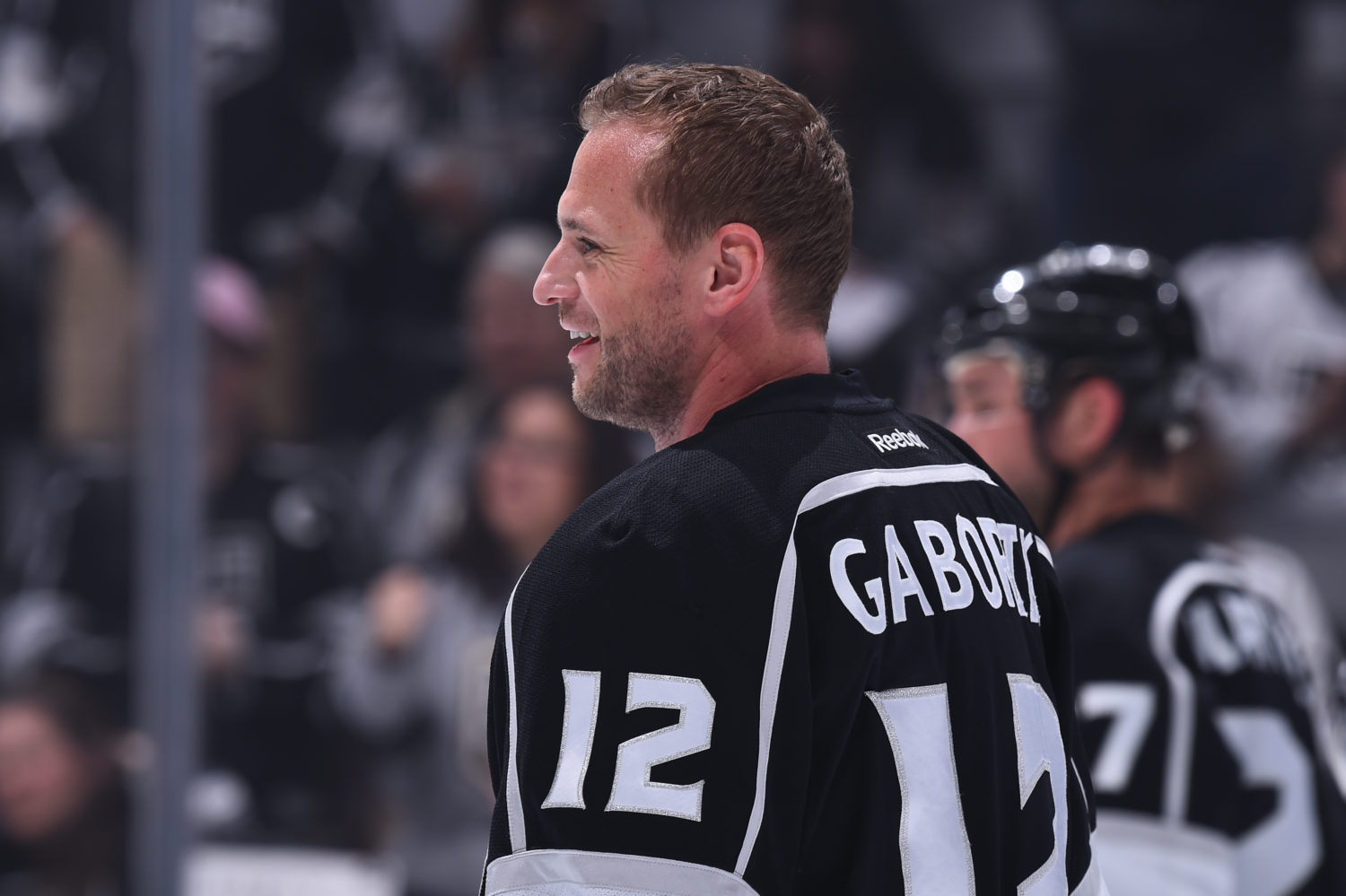 Good afternoon from Toyota Sports Center, Insiders. Let’s get down to brass tacks.

-All defensemen were present and accounted for. Adrian Kempe, who missed Thursday’s game against Tampa Bay, was a full participant and should be good to go for Sunday’s game against San Jose. It was a lengthy, hard skate that emphasized pace, transition and down-and-backs, as practices that immediately follow recovery days often do. The final drill included some three-on-three in-zone time with battle elements.

“We like to try and get the tempo up and just try and play fast in the neutral zone,” John Stevens said. “That was the initial part of practice, but then we put a lot of focus on our tracking and a better job defending the rush. I think there’s been times we’re good. We weren’t very good at that part of the game the other night. It was one of those games where we created a lot of good quality scoring chances, but we gave up way too many quality scoring chances against the best offensive team in the league. A lot of them were rush chances.”

In an early rush drill, Drew Doughty dove to break up a pass. It’s not the first time he’s dove to intercept a play in practice. My high school baseball coach liked it when outfielders dove for balls in batting practice. Practice how you play.

-Though Jeff Carter (ankle surgery) remains months away from returning, I’ve been told he’s been getting some good upper-body work in in the gym. He’s been using a VersaClimber with a seat, which allows him to work on his arms, back, etc.

-Who is that “GABBO” who skated with the Andreoff-Shore-Lewis line? I figure it’s some guy’s name. Some guy named Gabbo. Saturday marked the first Actual Practice that Gaborik skated through, and he did get a few bumps in at the end during the battle component drill.

“I think the guys were a little cautious but they asked me if they can play contact and stuff and I said I have to do what I have to do in the corners and get that under my belt,” he said. “And that’s going to happen in practices as we move on forward to get to more battles, to more contact stuff as we go forward. So that’s going to be another aspect to get used to. And I’m sure I’ll get there soon.”

BUT HOW SOON, GABBY? HOW SOON?!

“That’s the first time he’s skated with the team in six weeks,” Stevens said. “It was great that he’s with the team, I think it’s great for him, it’s good for us. He looked it good in practice. He’s got to get his timing back. That’s the first contact he’s had in quite a while. Skating on his own for quite a bit now just trying to get his legs back under him, but it was good to see him out there today and participate as much as he was able to.”

In other words: there is no timetable for a Gaborik return, but Saturday represented a step towards getting his timing and pacing back, and hey, for several drills he kept pace quite well and showed off an impressive stride. That’s important for someone attempting to return from a “more in-depth medical procedure for a chronic issue related to his left knee.”

“I think he was excited to be in practice,” Stevens said. “It was a good, high-pace practice. He looked good. Got some good reps in.”

There would appear to be a good marriage of what Gaborik can provide and aspects of an attack emphasized under Stevens. On one hand, Gaborik is 35 and has averaged only 55 games and 11 goals over the last two seasons; on the other, up through his second season with the Kings, he remained one of the more feared goal scorers in the league to combine his own individual speed with the ability to play fast and go to the muckity-muck areas of the ice to score his goals, all aspects of the team’s overall play that have been accentuated this season.

Is there an area that he hopes will work in lockstep with the team’s evolved systems?

“Just straight-ahead north speed game – you know, playing fast,” Gaborik said. “That’s been a success for us, to make sure we’re playing good defensively. Everybody’s on the same page. Everybody, you know forwards tracking, coming back hard as well. Playing a north game. The guys have done a really good job and I have to get back into it and make sure I’m ready to go and get used to it.”

Of course, to be able to utilize Gaborik’s assets, the team will need to possess the puck better, and that comes with stronger checking, which has also largely been a staple of the team’s success this decade. Stevens said that the chances generated by the Lightning on Thursday were the most chances ceded to any opponent this season. The Kings rank 14th in the league with a raw, five-on-five Corsi-for percentage of 50.1% after leading the league in that statistic in each of the last five seasons.

“I know he’s excited about it. He’s been excited all along,” Stevens said. “He’s been in a lot of the meetings, probably 80% of the meetings, and he’s excited about what he’s seeing. I do think, even today, watching our team practice, I do think our attack’s getting better. We just want the puck more. The whole thing to sell is if we have the puck more, we can do that more. I think that fits right into his game. He’s an explosive guy. He can really push teams back with his speed. He’s got a nose for the net, and he’s not afraid to go to those hard areas to score goals. I think he’s excited to participate in that.”

It will still take some time, and Gaborik will continue to be evaluated every day, but “as the practices progress I’m going to be pretty much full on,” he said.

“I’ve been skating on my own for quite a while and jumped into some optionals and morning skates so this was my first real practice. Felt pretty good, so in terms of getting into flow, I mean obviously I missed a lot of time so just need to get used to everything. My legs, just the whole body as a hockey player to get back into things and just to keep things going and ramping things up and get my timing back. Just pretty much the whole package, I just have to get back.”

“Altogether I’ve done a lot of skating on my own just to get legs back and my knee and get used to the load and obviously jump into practice, totally different things. You have to react to things. You’re in the battles. You’re not totally in control of your movement, so your legs have to react, your knee has to react, everything has to react—brain, hands. So have to get everything back on the same page. Make sure everything, the knee holds up the load and just keep ramping things up.”