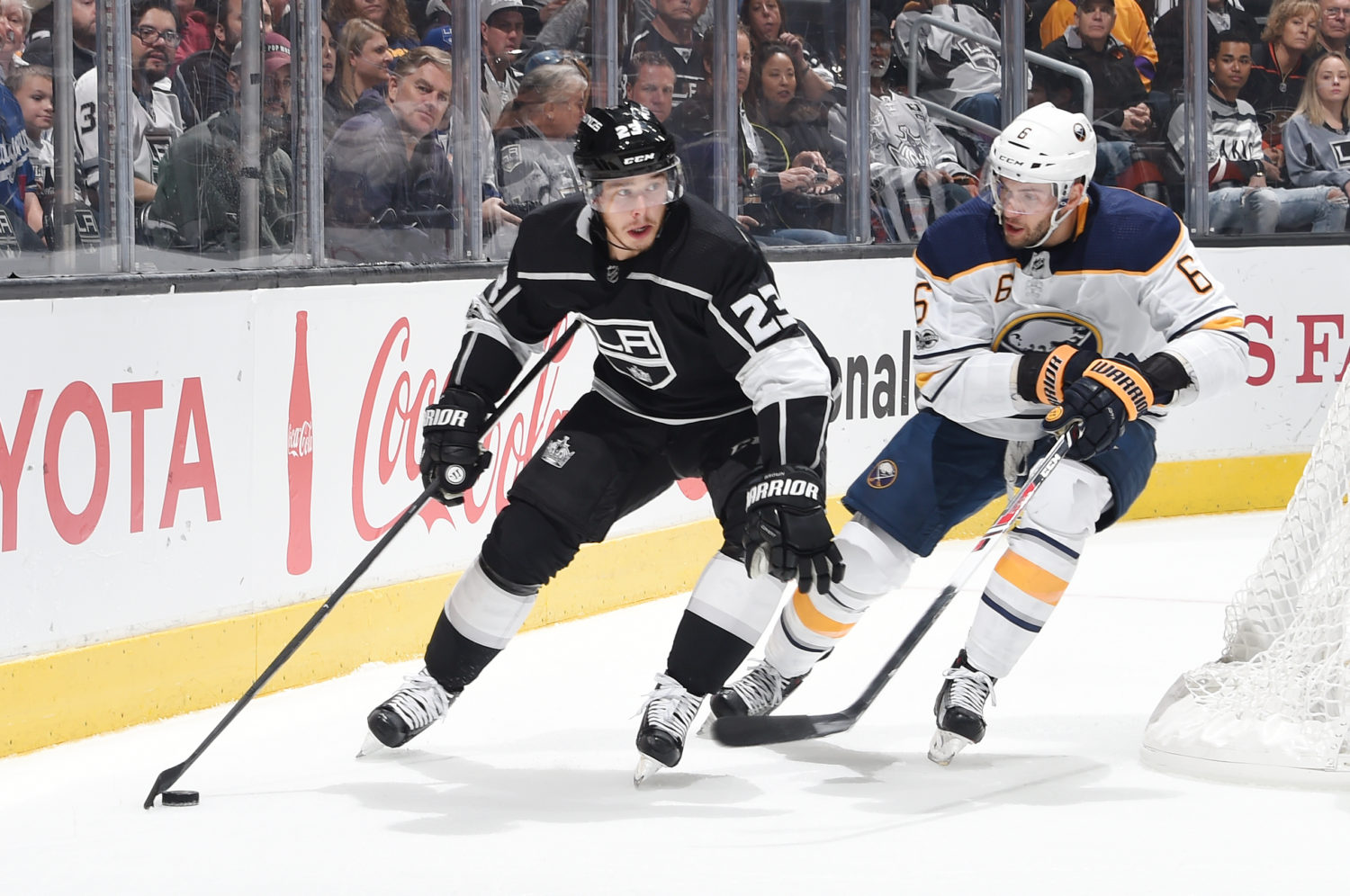 On breaking through with three power play goals:
To be honest with you, we think we’ve done some really good things on the power play, and we talked to the guys about it, and the challenge with that is that when you create good looks and you do good things on the power play, don’t change the whole plan. Stick with what’s been creating opportunities and bear down. If anything, we wanted to really focus on having a net presence and thinking about shooting more instead of passing the puck in the net. It’s a real credit to those guys. Special teams obviously was a big factor tonight on both sides of the puck. If you look at their power play analytically, it’s very good, and they haven’t had success, but if you look at the analytics and the numbers, they create a lot of good chances from the slot. We saw that tonight. So I think that’s no different than your five-on-five game. It’s a process you’re going to stay with and your top guys come through for you, and they did tonight.

On what turned the game around after a slow start:
Well, we just felt after the first period structurally we thought we were fine. We just thought we were on the wrong side of a lot of puck battles. We had a chance to take ice with our feet. We want to be fast, and if there’s ice in front of it, take it, and if there’s a play to be made, make it. We just didn’t like the elevation of our compete in the one-on-one puck battles. That was probably the biggest thing, and we thought we got better as the game went on. They’re a good hockey team. They’re on the road, trying to win a big road game, and they’re a good team, they’re well coached, and we knew we would have to be ready. So I thought that was the difference. I thought the puck battle, we got a little more back in our favor and it started to make a difference in the hockey game.

On Alec Martinez’s first game of the season:
I thought he was great. He’s an important guy on our team. He’s a key guy in all situations, and he’s a factor defensively and he’s obviously a factor offensively, and he’s a leader on our hockey team, so it was great having him back.

On Dustin Brown’s net presence and overall performance:
Yeah, Brownie’s been terrific. He’s getting back to his power game. We’re trying to make that a part of our identity as a hockey team and he’s leading the charge when it comes to that. He likes being there. I mean, today, the defensemen were shooting pucks and he stood down there in front of the net tipping pucks for a good five or 10 minutes at the end of practice. He understands the value of being there, he wants to be the guy there, and I think it’s a great example for everybody else to kind of lead the charge of getting more people there.

On the importance of getting seven points from the first four games:
Well, it’s important. We think you’ve got to get seven points a segment if you’re going to be in the playoff hunt. To get points early in the season, it doesn’t matter what time of the year it is, those points are extremely important, especially when you’ve got some new people here, you’ve got some young guys in our lineup, you want to get off to a good start, get some points in the bank and hopefully build a little confidence in the group, so I think it’s extremely important.

On the video board recognition of Jordan Nolan and Davis Payne:
Yeah, I’ll tell you what, it was a real class act by the organization, and those are two class guys. Jordan Nolan made a huge contribution here in his time here. He was part of two Cups and was a really good member of our hockey team, and then Davis Payne’s a terrific coach and a wonderful person and he was a huge part of our team here the time he was here, so it’s a credit to both those guys. We wish them lots of luck, and I thought both from the fans and the organization, I thought it was a real class act.

On whether Darcy Kuemper will play tomorrow:
You know, I’m not sure. Obviously goaltending’s going to be really important. We think Darcy’s played really well in training camp and we’re going to need him to come in and play well, and we’re going to count on Johnny to come in and play well. We felt good about our goaltending. Jack Campbell had a great camp and we think that the Petersen boy has showed a lot of promise, so I think we’d all agree that goaltending’s important, but we’ll wait and see tomorrow.