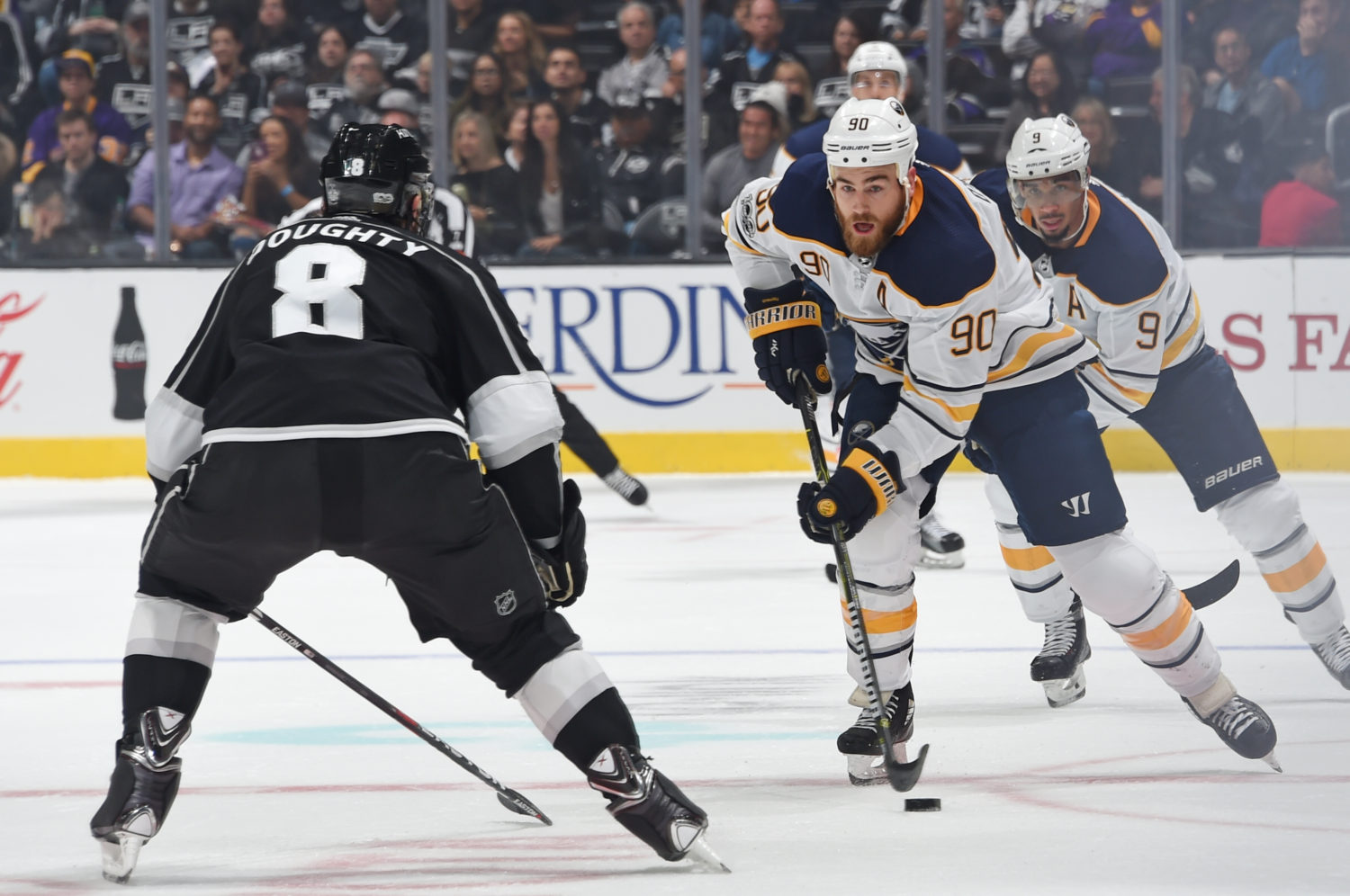 Drew Doughty, on Jonathan Quick’s save on Seth Griffith:
Yeah, yeah, I was on the ice for that, so I had a good view. I already told him he won Save of the Year in Game 4, so you’re going to have to talk to him about it over there. I don’t know. That save was ridiculous. That changed the game so much, because either they would’ve had the lead or tied it up – I can’t remember. So that was a big momentum change, yeah.

Doughty, on the power play finally getting rewarded:
We’ve been talking about that. We weren’t disappointed with the way the power play is playing. Honest to God. It sounds stupid, but we had goals up until now, but we were getting good chances, we were hitting posts, we were just not bearing down and getting the puck in the net and we knew it was going to come if we stick to the basics, and we have, and we’re happy with where our power play’s at, and we’re just going to keep working on it and getting better.

Doughty, on the importance of starting the season 3-0-1:
Oh, very important. We want to start the season off right. Right now, if we had lost the first three games or lost a couple of them, the mood in the room wouldn’t be where it is right now. We’re on a high right now, we’re really confident in each other and the team and we just feel good about ourselves. That all changes if we start losing, so we’ve got to keep pushing forward and keep winning, and we’re going to continue having fun if we win.

Tyler Toffoli, on the power play finally getting rewarded:
I think Brownie did a good job of getting the first one out of the way, and after that I think we were just working it pretty well. Muzz made a nice pass to me, and Dewey with a good goal to put it away at a huge time of the game.

Toffoli, on earning a win when the team wasn’t at its best:
I mean, we talked about it. As the game went on, we got a lot better. We stayed in it. Quickie made an absolutely stupid save there. I think that kind of changed the momentum and made us realize that it’s time and Quickie’s battling, so after that we stuck together and scored big goals at the right time.

Toffoli, on whether he was confident the power play would break through:
Yeah, and not even on the power play, just throughout the games I’ve been getting some really good chances, and like I said, Muzz made a good play to me in the slot, and if I don’t score that nine times out of 10 then I’ll be upset with myself. Like I said, big goals at the right times, and Dewey with that rocket at the end.

Toffoli, on the importance of banking points early in the year:
I think it’s huge. I think last year we didn’t do a good job of capitalizing on the close games that we were in, and so far this year we’ve been doing a good job of getting the points and fighting even when we’re not playing our best games.