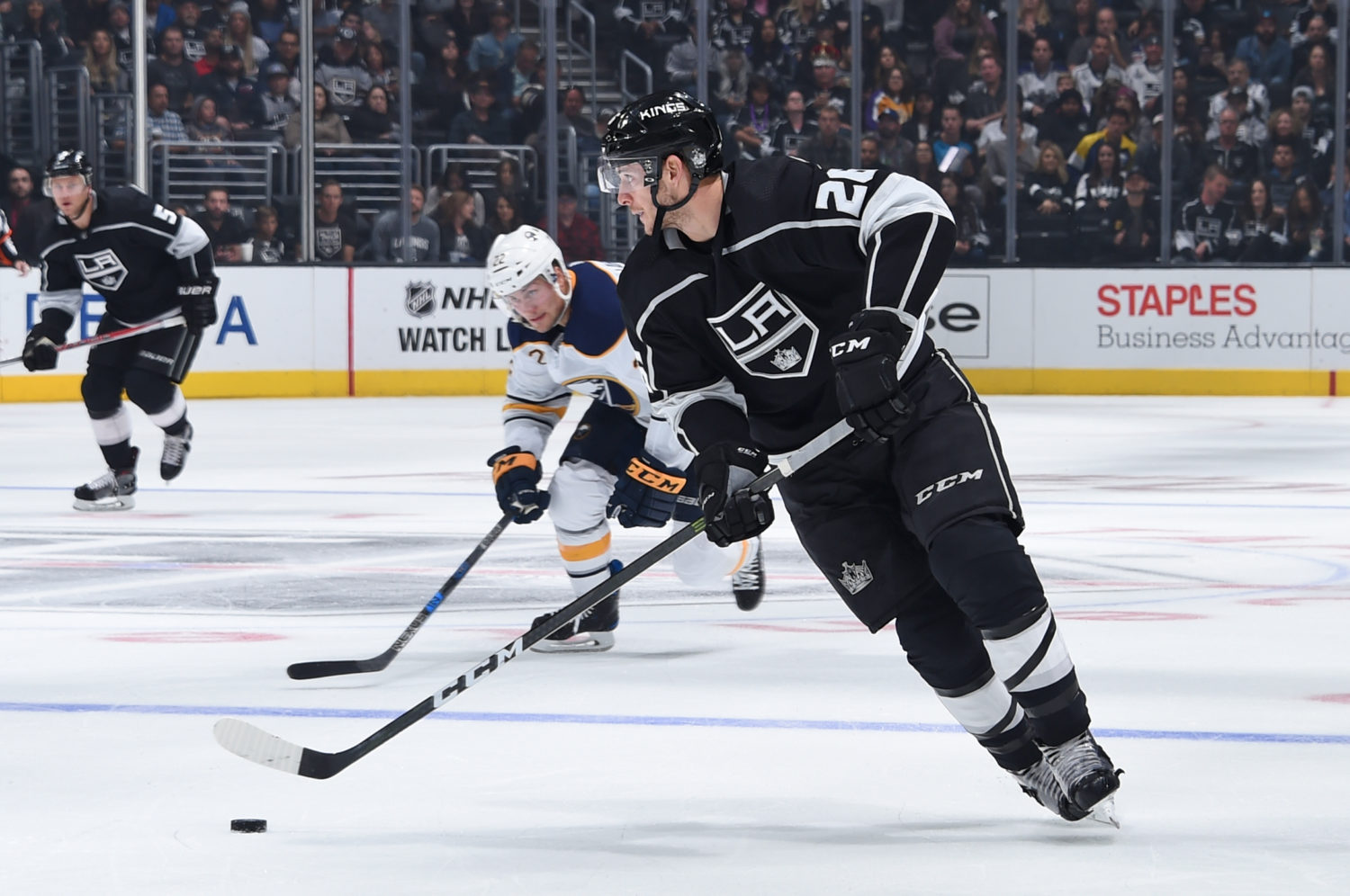 Phil Housley, on Buffalo’s 5-on-5 versus special teams play:
Yeah, I can’t fault our guys for their effort. I mean five-on-five we were a better hockey team. It’s just unfortunate that they got three power play goals and our power play didn’t get anything in return. So if you look at that we got to clean up those areas. Special teams, we’ve got to win that battle to help contribute to the win. Right now we’re just finding ways to lose and we’ve got to turn the corner here. Take a lot of the things we did well and try to find ways to win.

Housley, on Kane’s late penalty:
It’s unfortunate. He’s going for a puck. His stick gets tangled up and it’s unfortunate. That’s when our penalty kill’s got to dig in and maybe win a draw or tie a draw and just try and get the job done.

Housley, on his lineup decision for the last penalty kill:
Well Joey’s (Jacob Josefson) been pretty good on draws and I think that right now they’re two penalty killers. Could we have done a better job of getting in a shot lane? Yes, but at the same time you know that shot was taken from doughty. There was nobody in front of our goaltender. So it’s unfortunate. I mean you’re going to lose draws on a penalty kill. You want to lose it clean, but those are the breaks right now.

Housley, on whether the team was able to recover in the third:
Yeah, I mean that was just the result of not managing the puck well in the neutral zone. Everything we did well in the first period we got away form in the second period. We started to get our game back in the third. I thought we had the majority of the play, but again it just comes down to special teams.

Evander Kane, on special teams:
Yeah I mean 5-on-5 I thought we did a pretty good job against them, you know we didn’t do a very good job with our special teams— our power play, our penalty kill.

Kane, on his penalty:
Obviously no excuse for that. Obviously, not trying to trip him, just trying to make a play on the puck. But regardless, I can’t take that penalty at that time of the game.

Kane, on what’s keeping the team from succeeding on the power play:
I think we’ve just got to mentally be a lot sharper. It’s the little things breakout passes, not executing on our breakouts. And when you don’t do that you’re not going to have a very good entry so I think that’s where it starts and we need to find ways to gain possession in their zone and try to work and be able to use these skills that we have.

Kane, on coming back from penalties:
Yeah, I mean that was the name of the game of the game tonight. Like I said, the penalties, they cost us and you know we didn’t kill off any of the power plays so like I said those are penalties, especially mine, that I can’t take and I got to better in that regard.

Kane, on playing better 5-on-5:
You know it’s frustrating. We’re trying obviously to get our first one of the season, and we got a game four and we’ve got to kind of cut the cord here and not let this linger over us tomorrow night.

Jack Eichel, on special teams:
Yeah, obviously a couple chances on the power play. We weren’t able to capitalize on it and special teams can win or lose you the game and we came up on the short end of it and that’s what happened.

Eichel, on whether he thought he was held by Brown on his penalty:
I thought the penalty was going on them. I’m just trying to backcheck there. I think he grabbed my arm a bit there, but apparently the ref must’ve thought a bit different. You know, its tough in that situation. He sees one thing maybe it looked a little different from the back. From my perspective, you know I wasn’t trying to hold him, I was actually in front of him. So I don’t really know how I could’ve held him if I was in front of him, but I don’t know, he called me on interference was it? Yeah interference. So I’m just trying to move my feet back and we get tangled up there. It’s a tough position for the ref, obviously everything happens so fast out there. You don’t want to give up that power play goal and its unfortunate that we did with whatever 20, 30 seconds left in it.

Eichel, on using frustration to battle back:
Yeah, we had a good shift. Scandy pinched in down there in the boards and Kaner pops it out and I’m able to find it in the slot so I there was a lot of momentum swings in the game, Its just some little errors. We’re giving too many pucks back to their team when we have it. It’s kind of just little simple stuff. But if we clean up I think we’ll be able to generate a lot more offensive and we’ll spend a lot more time in their end.

Eichel, on the highs and lows of the game:
Yeah I mean, you know there’s times when you feel good about your game and there’s just so many highs and lows in the course of a 60 minute game. I think we could work a bit better to stay even keel when the other team pushes, just try and stand it and we’re obviously going to try and push back, but it’s tough you know. We’re in the game and we give up a power play goal and they get an empty-netter. It’s the last two minutes of the game and you’d like to be on the other side of that.

Eichel, on whether this is Buffalo’s best start so far:
As a team I thought we kept it pretty simple in the first period so it was good. We did some good things. We got pucks behind them. We forced their defense to go back and you do that and it wears the other team down. But I thought in the second we got away from it a little bit and played in their end. And in the third I thought we pushed and had some good shifts in there and some good opportunities. I think maybe at this point guys are gripping their stick a little bit. I know I am. We may just be overthinking some plays that usually just come naturally, so it’s a tough loss with two minutes left.

Lehner, on whether the team pushed back in five-on-five:
I’m just trying to worry about me right now. I think I played a pretty good game, but not good enough. And I want to save an extra one for the team and then it happened.

Lehner, on pucks getting away:
No, I felt good today. I felt like I made some good saves. I felt calm and relaxed in there. That last one totally dove on me. A hard knuckler that I think’s going mid-net, and that just dove last second. And of course I want to have that, but it’s what it is.

Lehner, on bounces:
I thought it was going in my glove and then it dove and it didn’t go in my glove. It’s just how it’s bouncing right now. I see a lot of shots each season and maybe once every thousand shots it dives on me. Usually it doesn’t dive. But it’s what it is.