Valencia, Calif. native Shane Harper, a winger who played locally for the West Valley Wolves and California Wave, will attend Kings training camp on a PTO. The 28-year-old appeared in 14 games last season with Florida, totaling two goals and three points, and also appeared in 58 AHL games with Springfield and Albany. His best AHL season came in 2014-15 when he amassed 32 goals in 75 games for the Chicago Wolves. In 398 career AHL games, Harper has 85 goals and 183 points.

Consult any Southern California-born player who has left home to play travel, junior or collegiate hockey over the last 10 years, and they’ll have plenty of good things to say about Harper, who was part of an accomplished Midget AAA Wave team that also featured Jon Blum, Colin Long, Matt Konan and Mitch Wahl. He comes from a family of Kings fans.

And this is the part where I have to recuse myself as any sort of impartial arbitrator to note that he and I both briefly celebrated the 6-5 comeback overtime win over Dallas early in the 2007-08 season as part of an Everett Silvertips traveling party returning from a game in Spokane. Harper, Everett’s all-time leader in games played and the third-highest scorer in club history, originally signed an entry-level contract with Philadelphia at the team’s hotel during a road stop in Kamloops, B.C. late in the 2009-10 season.

The 5’11, 193-pound right-handed shooter never got into an NHL game with the Flyers, but he did score an overtime game-winner at Citizens Bank Park to cap off the 2012 AHL Outdoor Classic.

Harper made his NHL debut with the Panthers last season and scored twice on Reto Berra as the game’s first star in a 5-2 win over Colorado on October 22, 2016. He will join Brooks Laich, Chris Lee, Brandon Prust and Andrei Loktionov as other skaters who have signed tryout agreements with the club. 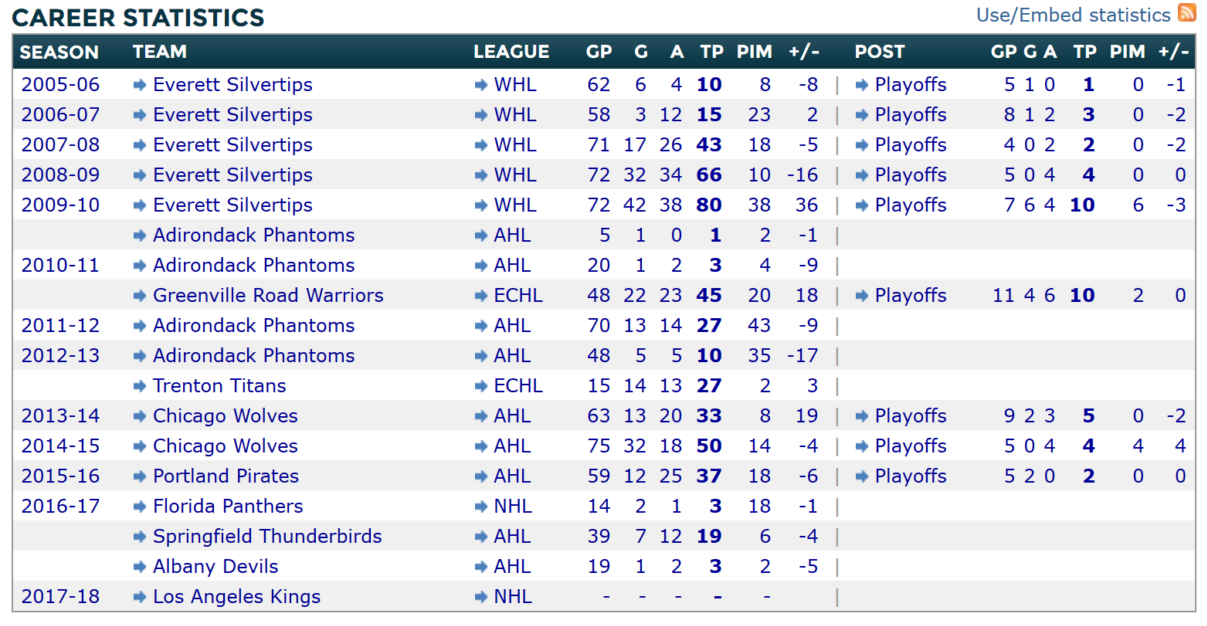 LAKings.com will live stream both rookie games against the Vegas Golden Knights next week.

Tickets for each game will available on the day-of-the-game at Toyota Sports Center for $10. Proceeds from all ticket sales benefit the Kings Care Foundation. Seating is limited, and fans will be allowed to start lining up to enter 90 minutes before each game.