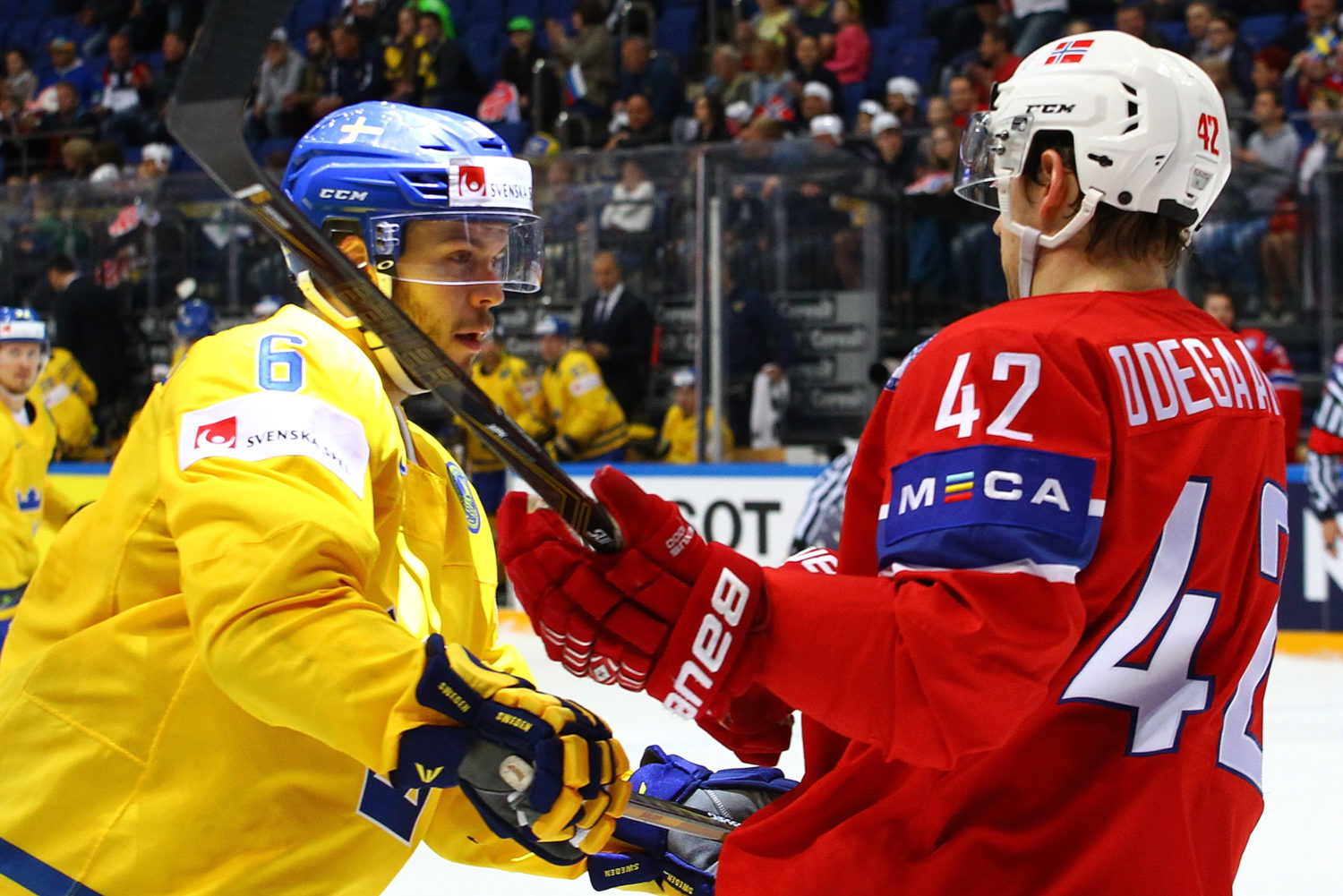 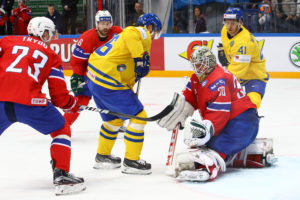 The Los Angeles Kings have agreed to contract terms with Swedish defenseman Oscar Fantenberg to an entry-level contract. An official press release from the team has not been issued; Göteborgs-Posten reported he would be signed to a two-way contract two weeks ago.

Fantenberg, 25, stands roughly six feet and weighs 200 pounds and was named to the 2017 KHL All-Star Game but did not play because of an injury. He had three goals, 23 points and a minus-three rating in 44 games with KHL-Sochi in 2016-17, one year after putting up four goals and 17 points in 43 games with SHL-Frolunda. The left-shot defender has never played in a North American League but came up through the IF Troja-Ljungby and HV71 ranks, and made his debut in the highest level of Sweden’s domestic circuit as an 18-year old with HV71 in 2009-10. He represented Sweden at the World Junior Championship in 2010 and during Euro Hockey Tour tournaments in 2013, 2015 and 2016.

The process of scouting and signing Fantenberg was undertaken heavily through the work of Assistant General Manager Michael Futa and Head European Scout Christian Ruuttu, and I also spoke with Director of Amateur Scouting Mark Yannetti to get his sense on the signing, as well. The consensus seems to be that Fantenberg has always been a player who plays with pace and reads the ice well and has in recent years raised his defensive performance to go along with his transitional skills. It seems to be that he’s a player who should compete for a spot on the team at training camp but could also be bound for AHL-Ontario.

Fantenberg has been on Los Angeles’ radar for quite some time. Ruuttu had first noticed him while the team was scouting 2011-12 Allsvenskan games between Fantenberg’s IF Troja-Ljungby and Rögle BK, whose Hampus Lindholm was drawing significant attention at the time.

But at that time Fantenberg was 20 years old and his all-around game hadn’t progressed to a point where North American teams were knocking at his door with contract offers.

“Little by little his defensive game improved and the more and more I was watching, I was thinking there might be something more there than we think,” Ruuttu said.

That reached a head during the 2015-16 season in which Fantenberg followed up Frölunda HC Champions Hockey League and SHL titles with a strong showing at the World Championship, and at that point, the Kings and several other teams were gaining interest in his services. He chose to sign with the KHL’s young franchise in Sochi, Russia, and battled through a season in which he lost time due to injury to post an impressive 23 points in 44 games as a mid-season All-Star.

“The more you watched, the more you appreciated him,” said Yannetti, who was intrigued by the video that he had seen and the reports he had heard of the player.

Futa, like Ruuttu, was principally involved in his scouting and took two trips to Europe to see Fantenberg in person this past year. The reports he shared with the scouting staff reinforced much of what Ruuttu had seen in person and Yannetti and others had seen through video. His skating was good, but more acutely, his pace and ability to push the transition and exchange the puck with the forwards was particularly noticeable.

“One of the overlooked assets of speed is actually how you get the puck up the ice,” Yannetti said. Speed is obviously important in today’s game, but moving the puck quickly is more important than simply possessing speed, according to many in the Kings organization and elsewhere.

There were also some answers to questions that had been asked of his defensive game, and in much of what the team saw, he was able to recognize options quickly and skate smoothly in assessing the ice ahead of him. He illustrated this ability to sort out pressure, make reads and serve as an assertive power play figure during the Sweden-Austria exhibitions that took place over April 5-6, totaling three assists, a plus-five rating and eight shots on goal over the two-game road friendly set.

The timing was right for the Kings to step forward, even if Los Angeles wasn’t particularly preoccupied with potential burgeoning interest elsewhere. “I don’t want to say we operate in a vacuum that way, but we identify the guys we like and move on that timeframe,” Yannetti said. 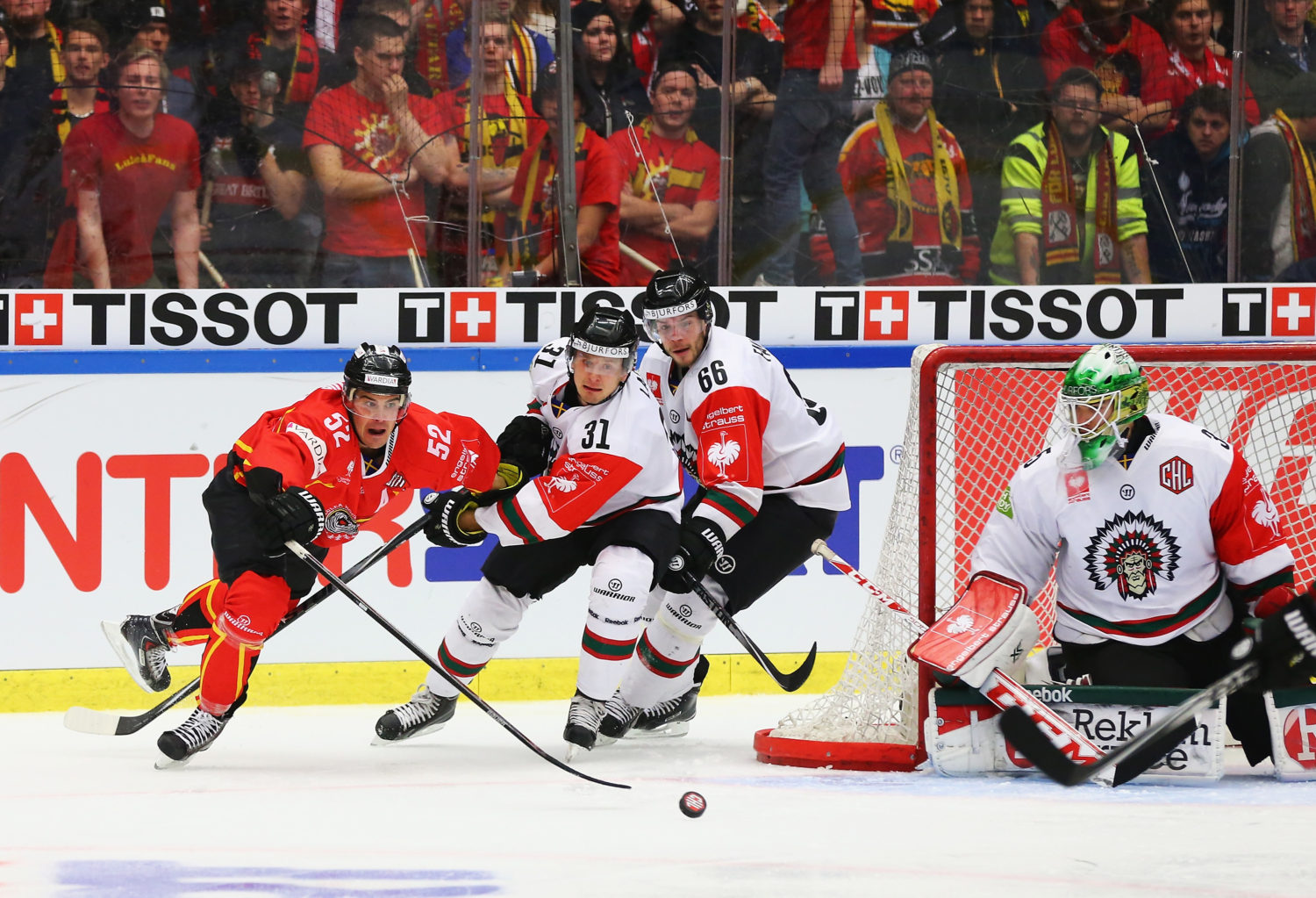 This presents the present question: How will Fantenberg’s game translate to North America? As the roster stands as of now, there would be one or two defensemen he’d have to overtake to earn a spot on the roster. He’s recovering from a foot injury this summer, so he won’t play with Sweden at the World Championship, but Ruuttu praised his conditioning and game shape.

“He’s going to make a push, for sure,” said Ruuttu, who noted the defender’s “smarts” and ability to stay strong on his skates even though he’s not the most sizable defender. But as well as Fantenberg can move the puck, there are still the question of whether there will be an adjustment to playing in an NHL-size rink, and how familiar he becomes with the Kings’ systems and styles of play. As Los Angeles’ systems evolve with John Stevens replacing Darryl Sutter behind the bench, and with the added emphasis in the modern game in skating, transition and pace, Fantenberg could continue to develop into an interesting option who has good vision and has a skill set that could work in concert with what appears to be a prevailing style of play in the modern game.

The team won’t place “artificial limits” on players in terms of when they’ll be ready to contribute– “what if you had placed a limit on [Paul LaDue] that he’d need a full year and a half in the AHL?” Yannetti said – but did note that he does have the attributes to make the Kings a better team in some of the areas they want to improve in.

There are also, obviously, players like Kevin Gravel and Paul LaDue looking to fight for available minutes on the back end, and Derek Forbort played himself into expansion protection with a strong first full NHL season. Jake Muzzin, Alec Martinez and Brayden McNabb all occupy roles, and there’s, of course, the Lamborghini parked in the garage in Drew Doughty. It’s not as if there’s a welcome mat at the moment for a particular slot on the blue line, and if you’re looking for positives to take out of the 2016-17 season, perhaps the most encouraging development was that the team’s defensive depth mostly checked out well (even in the absence of a true number two) when it had been a major question mark at the start of October, 2016.

But injuries and player movement take place, and this year, expansion could potentially claim a player. With the “steady, linear improvements” as described by Yannetti that Futa and Ruuttu also identified, there is still the possibility that he hasn’t yet hit his potential and there could be another level gained before he reaches his ceiling.

Even if he ends up in Ontario to start the season – which seems to be the most probable bet at this point – he’s excited for the chance to put his skill set to play at the game’s highest levels.