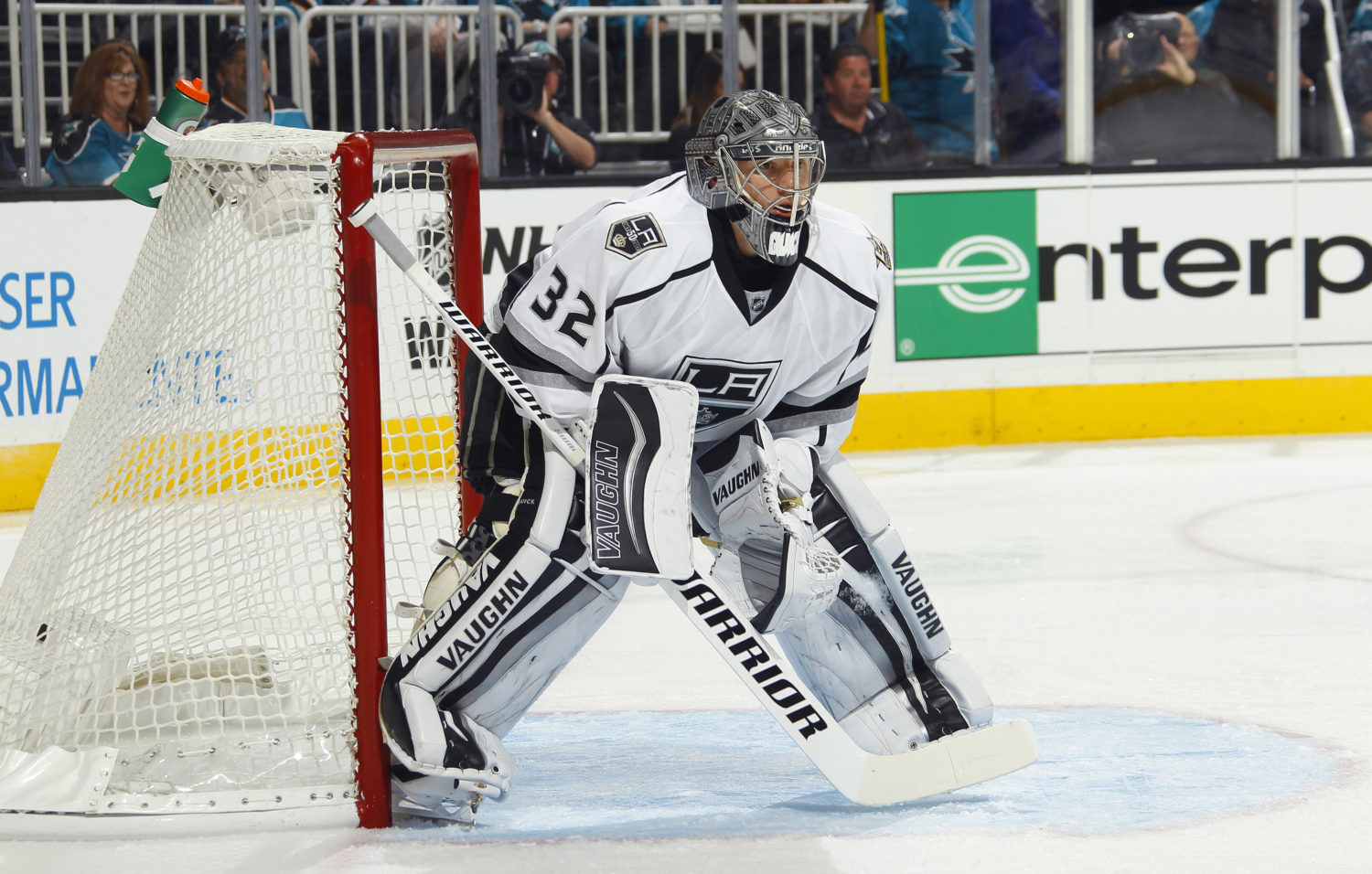 The Los Angeles Kings have activated Jonathan Quick from injured reserve after the goaltender missed 59 games with a groin injury suffered late in the first period of the season opener in San Jose on October 12. Having led the team out of the tunnel, he will start against Jonathan Bernier and the Anaheim Ducks in a rivalry game at 1:00 p.m. at Staples Center. (FOX Sports West / FOX Sports GO / KABC 790 / I Heart Radio).

More context of Quick’s rehabilitation can be found here. The goaltender, who was originally expected to return to action in the first half of March, practiced in full gear earlier in the month, traveled and skated with the team on its week-long East Coast trip to Philadelphia, Washington, Tampa Bay and Florida, and had game simulations – including screens, tips, rebounds and traffic in front of him – ramp up this past week.

“We’re going to do it day-by-day in simulated games and see exactly where he’s at, and then I’ll say, ‘this is the game you’re playing,’ and that’s what we’ll do,” Darryl Sutter said last Sunday. “In terms of deadlines or any of that other stuff, that doesn’t involve him and I at all. That’s how we deal with that.”

Jordan Nolan was also activated from injured reserve after suffering a muscle pull during a win over Colorado on February 1. In 41 games, he has four goals, eight points and a minus-two rating. Nolan has missed the last nine games, though it is not yet known whether he will be in the lineup against the Ducks. With the roster moves, the Kings have all 23 spots on the active roster filled. Matt Greene remains out with injuries related to his groin and back, per Darryl Sutter. There is no timetable for his return. Because Marian Gaborik was injured during the World Cup of Hockey and did not return until late November, the Kings have not at any point this season had a full assortment of healthy players who were expected to open the season with the club.

Quick stopped 14 of 15 shots in the first period of the Kings’ season-opening loss to the Sharks before he was replaced by Zatkoff at the start of the second period. In 13 games with the Kings, Zatkoff, who hasn’t started since January 23, is 2-7-1 with a 2.95 goals-against average and an .879 save percentage.