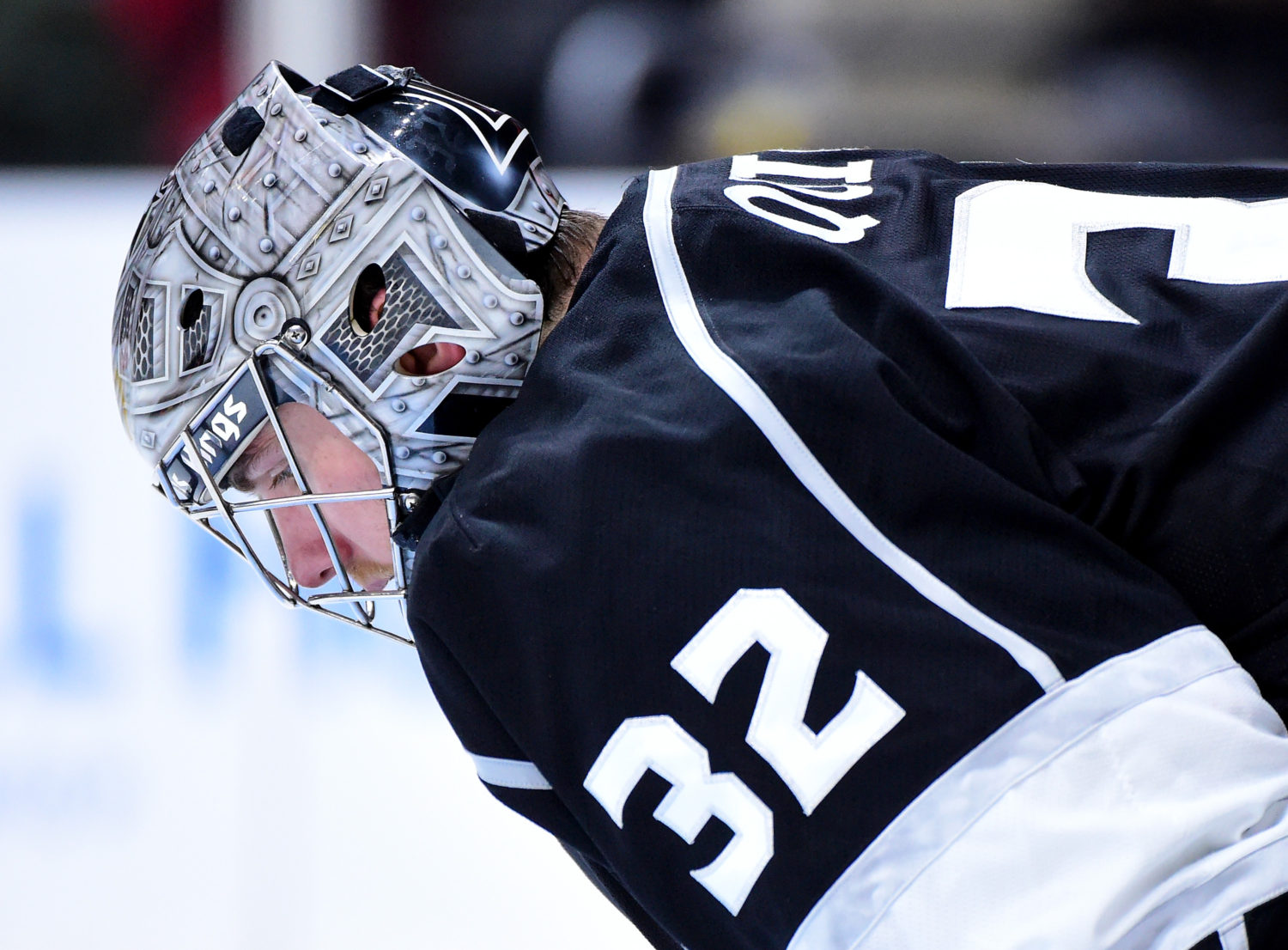 It is not clear at the moment whether there would be a corresponding move were Quick to be activated on Saturday. There is one open roster spot at the moment, though Jordan Nolan, who is currently on injured reserve, is nearing a return from a muscle pull and would need to be activated relatively soon. There is also the possibility that Jeff Zatkoff, who cleared waivers earlier in the week, could be assigned to AHL-Ontario. Paul LaDue, who missed the last two games with an upper-body injury, per Lombardi, remains active and has been practicing with the team since it returned from Denver after Tuesday’s game.

Though Lombardi had stated in December that the target for a potential Quick return would be in February, conversations with multiple executives in Kings management for much of the winter, including Lombardi, pinpointed early March as the most optimistic timetable of a return.

Before traveling with the team on its pre-bye week trip to the East Coast, Quick outlined what he’d be looking for as his impending return began to loosely materialize. “You’ve got a wide range of movements that you want to be able to do, and at the end of the day you want to be able to move certain directions without even thinking about it and know that you’re not guarding anything,” he said on February 2. “I’m sure as soon as that happens, hopefully I’ll be able to get out there.” Darryl Sutter had said before the team’s trip that the original timetable was to get him in skates before February 1, and in full gear after that date.

The intensity in Quick’s on-ice sessions clearly took a step forward over the past two weeks, though regular correspondence with hockey operations continued to suggest that he would still need additional time and that the first half of March remained the most realistic timetable.

That timetable appeared to have accelerated in recent days. Darryl Sutter said yesterday that the goaltender was “getting better every day.”

“When you watch him, I think he’s more game-situation ready. You get to know him so well with the way he plays in the net that you recognize where he’s sharp at areas that only he can do,” Sutter said, while confirming that Quick wouldn’t take part in any AHL rehabilitation assignment.

RC also added that he thinks Ducks will see Jonathan Quick in goal for Kings.

The hypothetical return could set up a match-up between Quick and former Kings understudy Jonathan Bernier, who won the 2012 Stanley Cup in Los Angeles and is could draw the start in net for Anaheim with John Gibson injured. Though Bernier has faced his former team four times in his career, the only time in which Quick and Bernier faced off at opposite nets was at Staples Center on March 13, 2014, when Bernier was injured in the first period and logged 19:38 in a 3-2 Maple Leafs win that snapped an eight-game Kings winning streak. Former L.A. back-up Jhonas Enroth is also active on the Ducks’ roster.