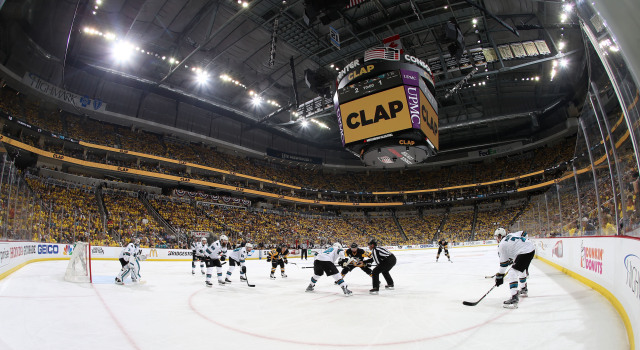 Before we talk Cup, here’s an audio clip of my appearance on Oilers Now, which Brendan Ullrich hosted today. We talk Pens-Sharks, Milan Lucic, speed in today’s game and the Kings’ outlook towards the busy part of the off-season.

The latest on the #LAKings and #Lucic. @lakingsinsider fills us in on Oilers Now. Listen here: https://t.co/olVzm6i3H7

What are your predictions, Insiders? I had San Jose at the beginning of the series, and even though that’s no longer probable, I’m still sticking with them tonight. Sharks 3, Penguins 1, series continues. | BEHOLD: CONSOL Energy Center

Want to know what a Championship at home would mean for the fans in Pittsburgh? Pictures speak louder than words… pic.twitter.com/3rdDjOSW3N