Waking up with the Kings: January 20 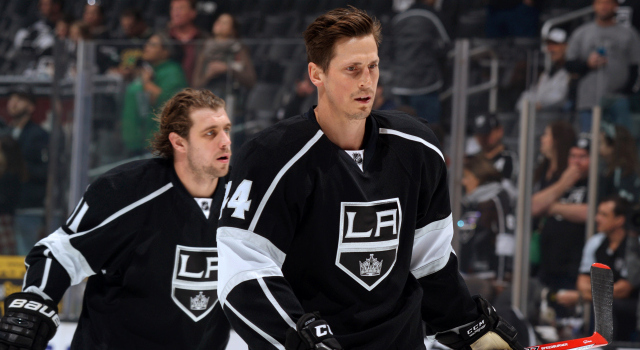 After a sloppy and eventful 20 minutes, the Los Angeles Kings improved significantly and were able to comfortably implement their own blueprint on the game in an entertaining 3-2 win over a desperate Dallas Stars team that has now lost eight in a row away from the American Airlines Center. There were a lot of things to like in the second and third periods, even if Los Angeles was outshot 20-16 over that span. There were fewer breakdowns, no penalties and strong goaltending, and especially in the second period, the Kings were able to play with their preferred cadence, and not that of the high-octane Stars attack. It was interesting – considering Dallas’ proclivity towards offense, how would they respond to being down by one goal in the third period? How much would it resemble their otherwise swift pace? Los Angeles ultimately protected the lead well and as the Stars pushed numbers forward, the Kings were able to generate several rush-chance counterattacks. Other than a dazed five minutes to open the game, and perhaps one or two first period sleepwalking moments, L.A. didn’t appear to be too affected by having played three games in four nights.

Jamie McBain was very visible in the first period, generally in a good way, as he issued two passes directly into Vincent Lecavalier’s wheelhouse, the second of which was blasted end-over-end past an awkward, lunging Kari Lehtonen. He also was unable to recover from an Antoine Roussel hit in the corner that allowed Ales Hemsky to slip past the defense and open the scoring off a Mattias Janmark feed and, shortly before his slick power play puck movement, lost the handle of a zone entry that would have resulted in a Dallas clear had Marian Gaborik not retrieved the puck in the corner to maintain possession. Correlation doesn’t equal causation, but hey, the Kings won another game with McBain in the lineup – they’re now 24-7-2 this season when he dresses and 39-14-6 since he joined the team last season – and should continue to utilize the defender’s puck-moving capabilities for the time being. Five of his seven points have been recorded while on the power play, and while his offensive bent has not been illuminated during five-on-five play (the Kings score 2.08 goals per 60 5×5 minutes while he is on the ice), the team isn’t giving up a ton when he’s on the ice, either. Hemsky’s goal was the 12th five-on-five goal scored against Los Angeles (in 33 games) with McBain on the ice.

It was a team-wide approach that helped keep Jamie Benn and Tyler Seguin off the scoresheet as virtually all players other than McBain saw time against Dallas’ top line. Benn, Seguin and Jason Spezza had their looks – Spezza and Seguin combined for eight shots on goal, while Benn didn’t notch one – though in terms of on-ice scoring chances, the Kings mostly sawed off the Stars’ top offensive players in a completely acceptable push. The visitors are a deep offensive club and still found production from Hemsky and the underrated Cody Eakin, but in an evaluation of the teams’ top players, it was Anze Kopitar (two assists), Drew Doughty (goal), Tyler Toffoli (assist), Jeff Carter (assist) and Milan Lucic (goal) who had a greater impact on the game.