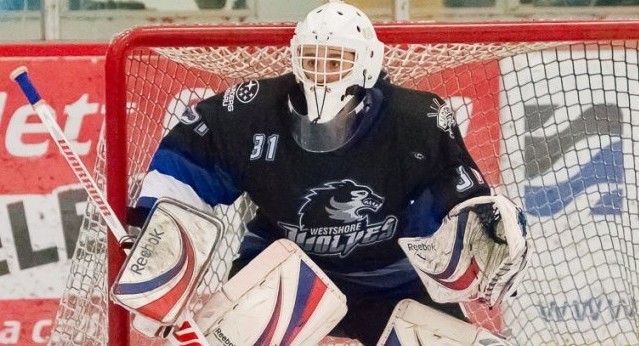 On Alec Dillon:
He’s big. He’s six-four or five. Athletic. I guess you use the word raw. I think there’s a lot of potential, but he’s got a lot of work to do as well. He’s a realy intelligent kid, can do all the work. But we just really feel like he’s got a lot of good tools, but there’s a lot that both Kim and those guys can do with him. He’s just sort of a blank slate, if you want to say it. So that’s wort of where we see it.

On whether L.A. wanted to add goaltending depth with Martin Jones graduating to the NHL:
We feel that probably we’ve run our goaltender thing kind of dry a little bit, and we need to start building it up. He’s a big kid and athletic, and our goalie guys do an awfully good job with our goaltenders, so they’ll have to work with him.

On being committed to RPI:
He’s committed to a college, but Edmonton in the Western League had traded for his rights at the trade deadline this year. From what we understand what he’s stated is that he will go where we want him to go, so we’ll have to decide. That’ll be up to the development guys to decide where the best [place is] for him to go.

Via Mario Annicchiarico, Victoria Times-Colonist:
Dillon already has a scholarship to Renseelaer Polytechnic Institute in Troy, N.Y., for 2015-16. He also has the Edmonton Oil Kings wanting him to come their way after they dealt for his Western Hockey League rights in late 2013. GM Randy Hansch has also dropped by on visits.

But that’s all in the future.

“He’s had lots of NHL teams come in and watch him and he’s just remained calm and cool throughout the whole thing,” Didmon said of his netminder. “He’s been solid and being his age, and putting up the numbers he has, he’s done a good job and handled the pressures pretty well by just going out and playing pretty good hockey.

“He knows he has the ability to play and if he can just keep his mind at ease, he’ll do the job,” said Didmon.