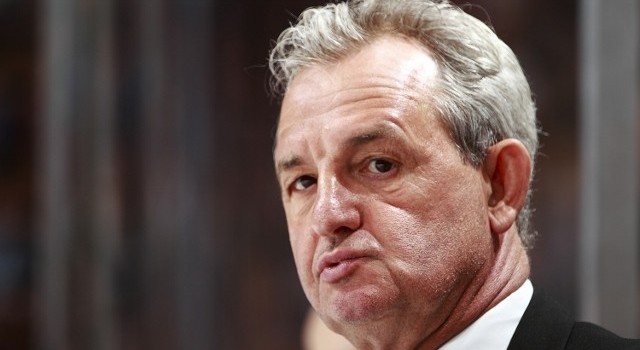 On the challenges posed by Dallas’ top line:
Every scoring chance they had, they scored on. That’s a tough challenge.

On what the team has accomplished in December:
I don’t look at it as December. I look at it like we played 38 games, and we have 50-something points, and if I had said that in training camp, then we would’ve passed right on into Christmas and said, ‘OK, let’s do that.’

On whether the upcoming break is beneficial:
It’s Christmas. Isn’t that good?

On the last home game in 2013:
Yeah, that’s right. [Reporter: Any New Year’s resolutions?] You know what, we come back and from a team standpoint, we start a four game trip, and basically it’s a six-week run once we start again, right into the Olympic Break. So you know what? Hopefully we’re still in a playoff spot at that time.

On when he knew Dustin Brown wouldn’t be available:
We have multiple ways of talking and communicating with people, so you continue to communicate all day. [Reporter: Flu?] Probably, yeah. Basically, he was puking all night, unless you talked to him – did he tell you he wasn’t? I mean, I don’t usually talk to guys when they’re puking. When did I know he wasn’t going to play? I mean, what difference does it make? [Reporter: Is there a bug going through the room? Is the team sick, or is it just confined to Brown?] Brownie was the one today. You know, we’re not unlike everybody, right? There’s a chance where if I get it, you might get it. So hopefully they’re not sick over Christmas, right? So they can enjoy it…That’s what happens this time of year.