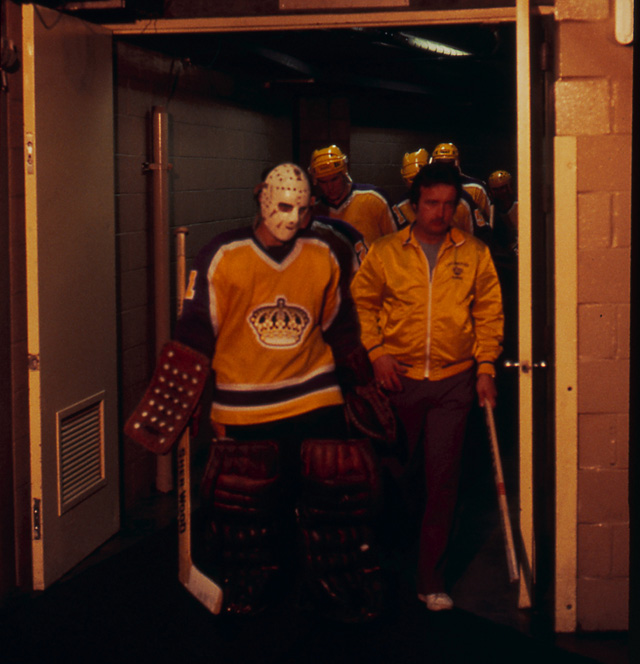 Sometimes the best notes are the smallest ones. The L.A. Times noted — link here — that Terry Murray is now Darryl Sutter’s landlord. Murray returned East after being fired by the Kings last month. Sutter needed a place to live. Perhaps finding farmland tough to come by in the greater Los Angeles area, Sutter connected with Murray and arranged to rent his house. At least now we know what they were talking about when they chatted recently. For those who might find this odd, it’s actually not at all. Players do it all the time when they are traded, or sometimes even when they move teams during the summer.

Also, I happened to see this question posed in the comments. Who was the last goalie to represent the Kings in an NHL All-Star Game? The answer: Mario Lessard, in 1981, when the game was at the Forum in Inglewood. That’s the same game in which the entire “Triple Crown Line’’ of Marcel Dionne, Charlie Simmer and Dave Taylor was selected. Only two other goalies have ever been selected to All-Star Games while with the Kings: Terry Sawchuk in 1968 and Rogie Vachon in 1973, 1975 and 1978.