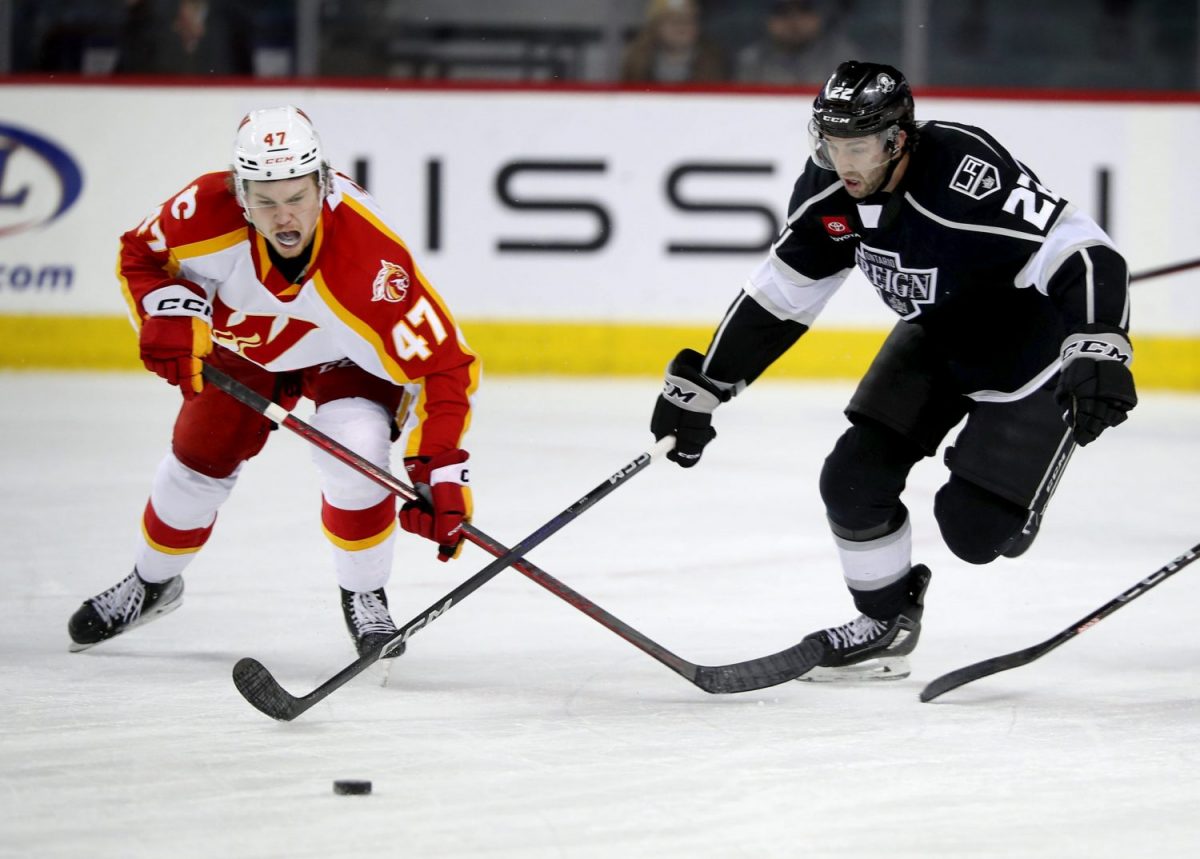 TONIGHT’S MATCHUP: The Ontario Reign are looking to rebound and pick up points in the standings for the first time against the Wranglers in the back half of a two-game series Wednesday night at the Scotiabank Saddledome. Calgary remains the only Pacific Division team that Ontario has not secured a win against during the 2022-23 season, with the Wranglers victorious in all four of the teams’ meetings thus far, after a 4-3 decision Tuesday night. Previously, Calgary earned home wins by 4-1 and 5-2 scores Dec. 20-21 before defeating the Reign 3-1 on New Year’s Eve at Toyota Arena.

WHAT TO WATCH FOR: The Wranglers hold second place in the Pacific Division with 57 points from 39 games played, while the Reign are fifth in the standings and have 42 points to their name. Calgary has been a standout team on both sides of the puck this season, ranking second in the AHL on both offense and defense with 3.82 goals per game while allowing just 2.54 goals per contest. Ontario is eighth in the league defensively, allowing 2.86 goals per game. Prior to an 0-for-3 night on Tuesday, the Reign had been having power play success and have increased their season-long conversion rate to 21.1%. But they still trail the Wranglers in that category as Calgary has excelled on both special teams and rank second in the league in each with a 24.4% power play and a 85.7% penalty kill.

LAST TIME OUT: Despite tying the game twice in the third period, the Ontario Reign fell short Tuesday night to the Calgary Wranglers by a 4-3 score in the first contest of a two-game series this week at the Scotiabank Saddledome. Ontario’s leading scorers TJ Tynan and Lias Andersson each had a goal and an assist, while Austin Wagner scored in his hometown and Martin Chromiak extended his career-long point streak to eight games.

CHROMIAK SHINING BRIGHT: It was late in the third period Tuesday night when Martin Chromiak found Lias Andersson at the side of the net for a game-tying goal that extended the rookie’s impressive point streak. The run has now spanned eight games dating back to Jan. 8 and has consisted of 12 points on seven goals and five assists. Chromiak’s most impressive night came on Saturday when he found the back of the net three times for his first AHL hat trick during an OT loss to Coachella Valley. He managed to score in all three periods, including power play goals during both the second and third. Since his streak started, Chromiak leads all AHL skaters in goals (7) while his 12 points rank tied for third. The run has increased the Ilava, Slovakia native’s overall point total to 15 for the season in 21 games on seven goals and eight assists.

SCOUTING THE WRANGLERS: The AHL affiliate of the NHL’s Calgary Flames, the Wranglers have been instantly competitive in their first year playing in Calgary. The team’s leading scorer Matthew Phillips has 45 points in 33 games on 23 goals and 22 assists. His goal total leads the way in the AHL, while he also ranks third in the league in overall scoring. Phillips has also been credited with eight game-winning goals this season which leads the league. Behind him, Connor Zary leads the team with 27 helpers and ranks second with 41 points. Rookie defender Jeremie Poirier leads the team’s blueliners with 24 points in 37 games on four goals and 20 assists. Former Reign captain Brett Sutter has been a mainstay in the team’s lineup, scoring 21 points on nine goals and 12 assists while appearing in 37 of the Wranglers’ 39 contests. In net, reigning AHL Goaltender of the Year Dustin Wolf has played 30 games and picked up where he left off last season with a 2.17 goals-against average and a 0.929 save percentage with a record of 24-5-0 and four shutouts.

TYNAN’S TAKEOVER: January has been the best month of the season for Reign captain TJ Tynan, who is second in the AHL with 16 points in the team’s 10 games since the calendar flipped to 2023. Prior to his linemate Lias Andersson’s late third period goal on Tuesday, Tynan had scored or helped set up seven straight Ontario tallies, including assists on six straight. The Orland, Illinois native tied a career high with four assists in Saturday’s overtime loss to Coachella Valley before posting a goal and a helper in Tuesday’s contest in Calgary. In addition to leading the Reign in scoring with 44 points, Tynan ranks fifth on the AHL’s scoring leaderboard, second in the league in assists (38), first in power play assists (21) and second in power play points (23).

LIAS STAYS HOT: With his team-leading 15th goal of the season Tuesday, Lias Andersson found the back of the net for the sixth time in Ontario’s last seven games. The Smogen, Sweden native now ranks second on the team in scoring with 28 total points in 32 games with the Reign this season (15-13=28). Andersson is now on a five-game point streak, his longest run of the 2022-23 season. In addition, the former first round NHL Draft selection has already totaled a career best in scoring this season, with his previous high mark coming in 2018-19 when he earned 26 total points split between the New York Rangers and Hartford Wolf Pack. Andersson is averaging over a point per game from the Reign’s first 10 contests in January with six goals and five assists and leads the team with seven power play goals this season.