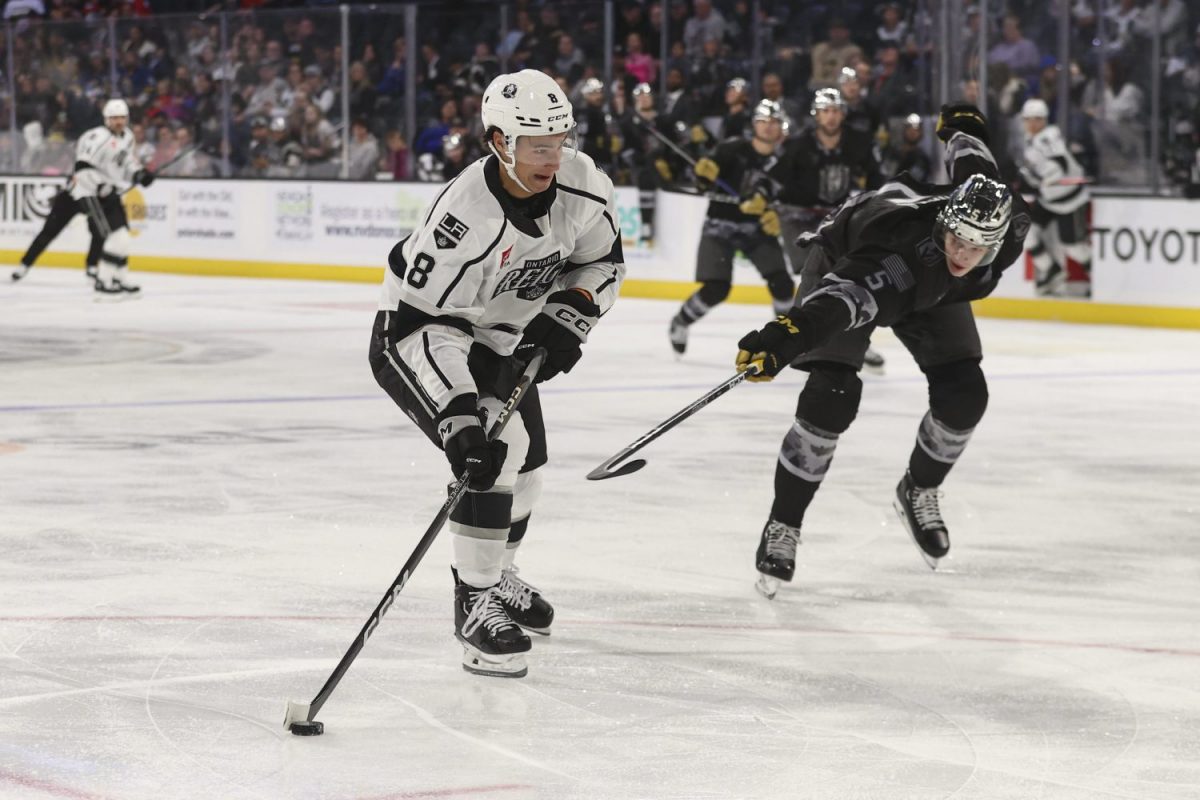 TONIGHT’S MATCHUP: The Ontario Reign visit the Henderson Silver Knights for the second time during the 2022-23 season Wednesday night, which will be the fifth meeting of the clubs overall. The Reign hold an even 2-2-0 record against their division foe from the Silver State but lost the most recent matchup in Ontario by a 3-1 score on Dec. 7.

WHAT TO WATCH FOR: The matchup will feature two teams that are in the top 10 of the league’s defensive rankings with Ontario ranking eighth with an average of 2.77 goals allowed per game and the Silver Knights sitting just behind them in ninth (2.81). The Reign have had more trouble scoring this season, posting 2.9 goals per contest, but Henderson has struggled more on the offensive end, currently at the bottom of the league with a 2.5 goals per game average. A perfect afternoon on the penalty kill for Ontario during Sunday’s game has moved them up to fifth in the league’s season-long rankings at 83.8%, and are 82.4% away from home, discarding 42 of 51 shorthanded situations while on the road.

LAST TIME OUT: Martin Chromiak scored his first AHL goal, Tyler Madden added a shorthanded strike and the Ontario Reign piled up a season-high 50 shots on goal in a 3-2 shootout win over the Coachella Valley Firebirds on Sunday afternoon at Acrisure Arena. The victory snapped a six-game losing streak for Ontario and ended a run of seven straight wins by the Firebirds. Lias Andersson and Alan Quine found the back of the net during the skill session while Cal Petersen made 30 saves to pick up the win in between the pipes.

CHROMIAK SHINES BRIGHT: With his first AHL goal Sunday, Martin Chromiak recorded his fourth point of the season in 14 contests for Ontario. The Ilava, Slovakia native was selected by the LA Kings in the fifth round of the 2020 NHL Draft and starred for the Kingston Frontenacs in the Ontario Hockey League (OHL) during two seasons that saw him total 119 points in 88 games on 55 goals and 64 assists. Chromiak originally made his AHL debut at the conclusion of the 2021 season when he appeared in two contests with Ontario.

SCOUTING THE SILVER KNIGHTS: The AHL affiliate of the NHL’s Vegas Golden Knights, Henderson sits in eighth place in the Pacific Division standings with an overall record of 12-21-0-3 from 36 games this season. The club is now at the halfway point of the 2022-23 campaign. Gage Quinney is leading the Silver Knights in overall scoring with 26 points in 35 games on a team-high 14 goals and 12 assists. Byron Froese is the group’s leader in assists with 18 and ranks second behind Quinney with 25 points. Former Reign forward Sheldon Rempal is third in scoring with 23 points on seven goals and 16 assists. Defender Lukas Cormier leads the team from the back end with 17 points on four goals and 13 helpers in the absence of Daniil Miromanov who had 13 points before earning an NHL call-up with the Golden Knights. In goal, Jiri Patera has appeared in 15 games in his third season with Henderson, posting a 2.81 goals-against average, while the team has turned to the hot hand of Laurent Brossoit lately who has recorded two shutouts and a goals-against of 2.44 along with a 0.915 save percentage.

THIS IS 30: Reign captain TJ Tynan hit the 30-point mark for the season on Friday during a two-point performance in Ontario’s loss to San Jose. The center assisted on Tyler Madden’s second period tally that put Ontario in the lead before scoring his fourth goal of the season in the third to even the game at 2-2. Tynan’s overall offensive output of 31 points (4-27=31) leads the team and his assist total is fourth-most in the AHL this season. In addition, the Orland Park, Ill. native has totaled 16 power play points on two goals and 14 assists which is also in the top 10 in the league. Tynan has had at least 30 AHL points during all nine seasons of his pro career.

MORE OF MADDEN: Tyler Madden ended a long scoring drought when he cashed in on the power play during the second period Friday and got on the board for a second straight outing with a shorthanded strike Sunday in the win over the Firebirds. He had previously gone 13 straight games without finding the back of the net, the longest stretch of his professional career. Prior to Friday’s goal, Madden’s last tallies came during a three-game goal stretch that went from Nov. 19-23. Friday’s strike was his second on the power play this season and the third time Madden has recorded a goal against the Barracuda, with almost half of his tallies coming against San Jose during four meetings this season.

PERKS OF PETERSEN: A month into his stint with Ontario, goaltender Cal Petersen has appeared in 10 games for the Reign, producing a 5-5-0 record along with a 2.60 goals-against average and a 0.918 save percentage. The netminder started out hot, recording wins in four of his first five outings including a shutout performance against Bakersfield on Dec. 17. Petersen’s busiest night thus far came in Tucson on Dec. 9 when he turned out 44 shots in an overtime victory over the Roadrunners and he also picked up the winning decision in Ontario’s most recent defeat of Coachella Valley Sunday afternoon with 30 saves. The native of Waterloo, Ia. has seen action in 126 AHL contests during his career while earning a 0.905 save percentage.