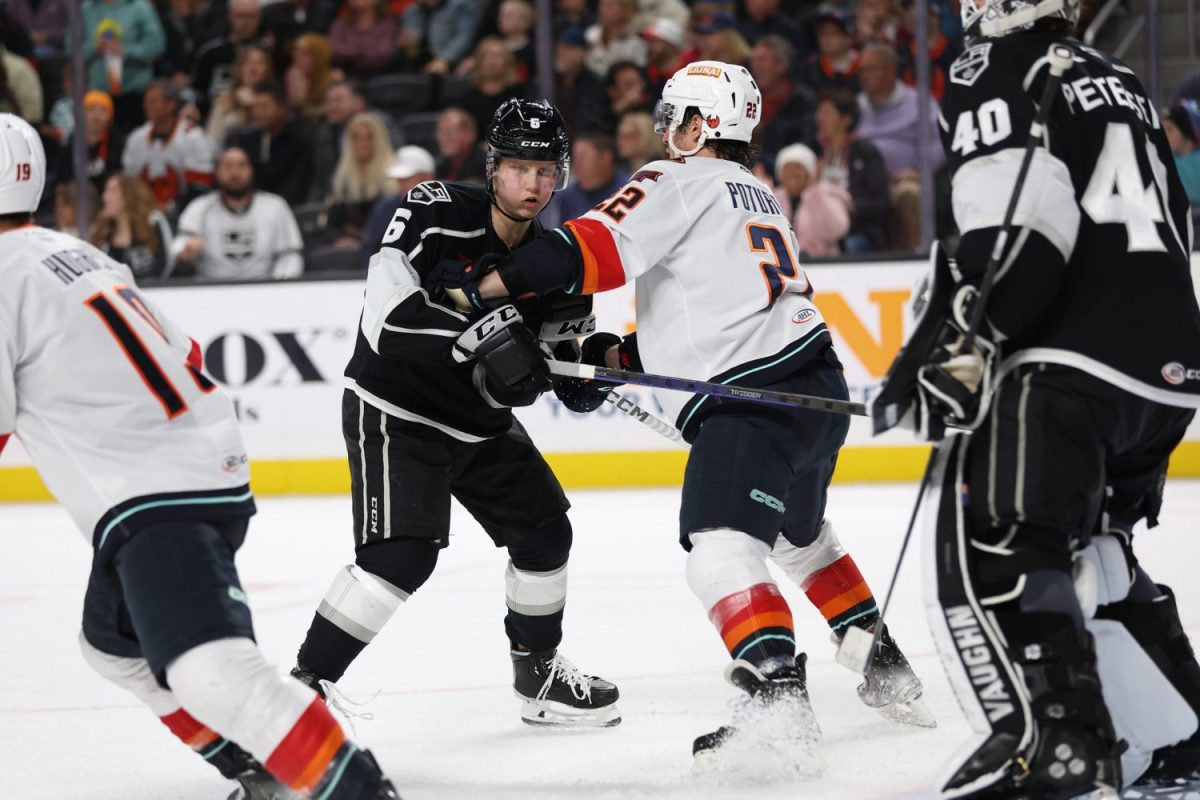 TONIGHT’S MATCHUP: The Ontario Reign and Coachella Valley Firebirds will do battle for the second time in two weeks Sunday afternoon at Acrisure Arena in Palm Desert. The two clubs put on an entertaining show in their first-ever meeting on Dec. 28, with the Firebirds using a third period comeback to secure a 7-6 decision. Ontario will be looking for revenge Sunday while aiming to end their current slide which is at a season-high six games.

WHAT TO WATCH FOR: The Reign will have their hands full with a Firebirds team that ranks second in the AHL offensively, averaging 3.81 goals per game, as well as seventh on the defensive side of the puck. Ontario is right behind Coachella Valley in the league’s defensive rankings, allowing just 2.79 goals per contest (8th). The Reign also rank seventh in the AHL on the penalty kill, discarding 83.3% of their foes’ power play situations.

LAST TIME OUT: The San Jose Barracuda scored four goals in the third period to come from behind and defeat the Ontario Reign Friday night at Toyota Arena by a 4-2 score. Reign forwards Tyler Madden and TJ Tynan each scored power play goals in a losing effort for Ontario, while goaltender Cal Petersen made 29 stops and kept the team in the game throughout.

THIS IS 30: Reign captain TJ Tynan hit the 30-point mark for the season on Friday during a two-point performance in the loss to San Jose. The center assisted on Tyler Madden’s second period tally that put Ontario in the lead before scoring his fourth goal of the season in the third to even the game at 2-2. Tynan’s overall offensive output of 31 points (4-27=31) leads the team and his assist total is third-most in the AHL this season. In addition, the Orland Park, Ill. native has totaled 16 power play points on two goals and 14 assists which is fifth highest in the league. Tynan has had at least 30 AHL points during all nine seasons of his pro career.

SCOUTING THE FIREBIRDS: The AHL affiliate of the NHL’s Seattle Kraken, the Firebirds have been the strongest team in the Pacific Division during their first season in the league while playing most of their games on the road prior to the opening of Acrisure Arena in mid-December. There’s currently a three-way tie for the team’s scoring lead, with Andrew Poturalski, Kole Lind and captain Max McCormick each deadlocked at the top with 33 points apiece. Poturalski has the most assists on the club (24) and leads in shots on goal (94), while 15 of his points have come on the power play (2-13=15). Lind has a team-high four game-winning goals and is shooting 20.3%, but the team’s leading goal scorer is Jesper Froden, who has found the back of the cage 15 times. Defender Ryker Evans has the most points among the Firebirds’ blueliners with 20 and leads the team with a +21 rating. In net, Joey Daccord is coming off a shutout performance in a win over San Jose on Saturday and has a 2.63 goals-against average and a 13-4-1 record in 19 appearances this season.

ANDERSSON A PRIMARY FORCE: Lias Andersson had primary assists on both of Ontario’s goals Friday night in their loss to San Jose, each coming via precise passes near the net on the power play. His first dish was from the goal line to Tyler Madden, who gave Ontario a lead in the second period before an additional power play strike in the third on a one-time connection with TJ Tynan. With the pair of helpers, Andersson has now totaled 19 points in 24 games with the Reign this season which ranks third-most on the team behind Tynan and Jordan Spence. His nine goals are the most of any active Ontario skater and his four power play goals are tied with Samuel Fagemo and Akil Thomas for the team lead.

MORE OF MADDEN: Tyler Madden ended a long scoring drought when he cashed in on the power play during the second period of Friday’s contest. He had previously gone 13 straight games without finding the back of the net, the longest stretch of his professional career. With his sixth tally of the season, Madden scored for the first time since a three-game goal stretch that went from Nov. 19-23. It was also the third time this season Madden has scored against the Barracuda, with half of his tallies coming against San Jose during their four meetings with Ontario this season.

PERKS OF PETERSEN: A month into his stint with Ontario, goaltender Cal Petersen has appeared in nine games for the Reign, producing a 4-5-0 record along with a 2.69 goals-against average and a 0.916 save percentage. The netminder started out hot, recording wins in four of his first five outings including a shutout performance against Bakersfield on Dec. 17. Petersen’s busiest night thus far came in Tucson on Dec. 9 when he turned out 44 shots in an overtime victory over the Roadrunners. The native of Waterloo, Ia. has seen action in 125 AHL contests during his career while earning a 0.904 save percentage.