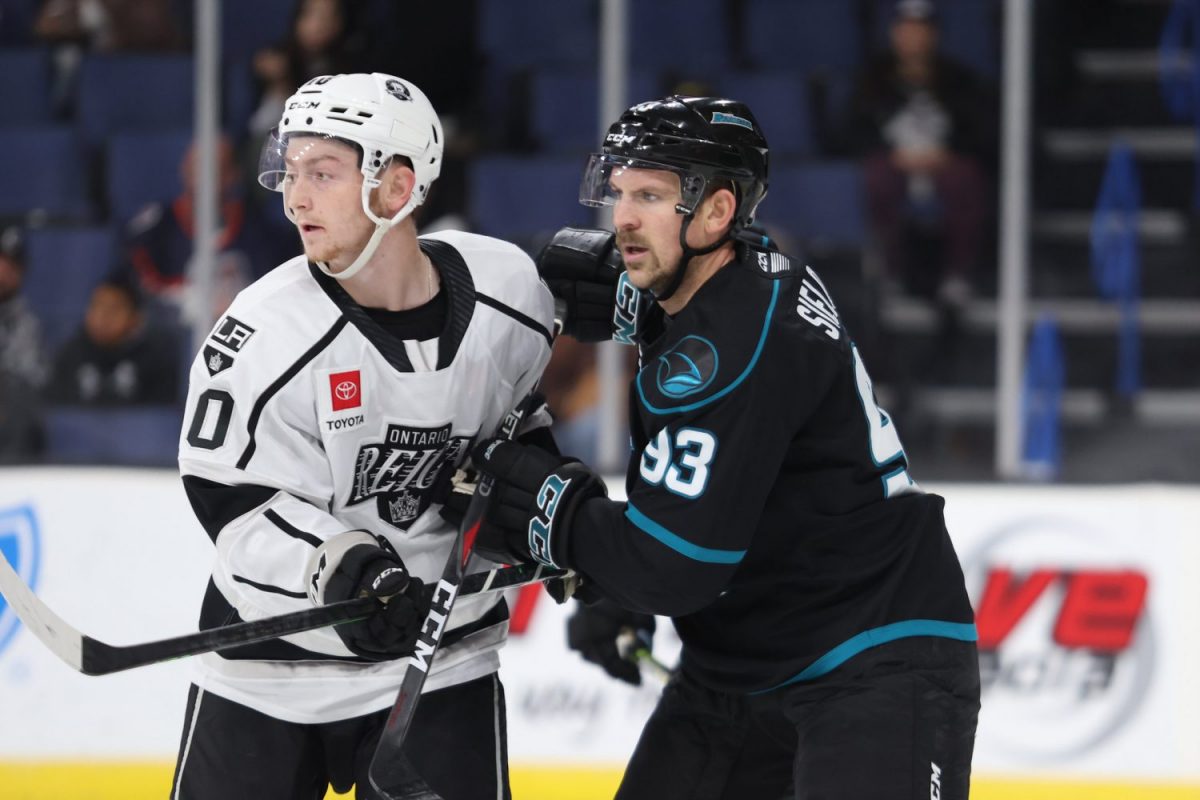 TONIGHT’S MATCHUP: The Ontario Reign are set for their first home matchup of 2023 Friday night against the San Jose Barracuda at Toyota Arena. Ontario has secured points in all three of their previous meetings with the Cuda, going 2-0-1 in three outings with the most recent contest taking place on Nov. 23, a 5-1 home victory for the Reign. After Friday’s tilt, the teams’ have four head-to-head matchups remaining in 2022-23.

WHAT TO WATCH FOR: A win for Ontario would keep them ahead of San Jose in the AHL’s Pacific Division standings, while a Barracuda victory would vault the visitors into a tie with the Reign for sixth place. Ontario has lost five consecutive contests dating back to Dec. 20, while San Jose is coming off a shootout win over Henderson on Wednesday night but has secured just two victories in their last 10 outings. Ontario ranks seventh in the AHL defensively, allowing an average of 2.75 goals per game. The Reign also rank sixth in the league on the penalty kill, discarding 83.6% of their foes’ power play situations.

LAST TIME OUT: A third period rally wasn’t enough Wednesday night as the Ontario Reign fell short to the Bakersfield Condors by a final score of 3-2 at Mechanics Bank Arena in a game that was postponed from its original date of Dec. 16. Austin Wagner and Taylor Ward found the net for Ontario in the third as the Reign put 21 shots on goal in the final 20 minutes to eclipse their season-high for both a single period and a game with 48 total shots on net.

WAGNER WORKING HARD: Austin Wagner has scored three times in Ontario’s last three contests, posting his first career two-goal AHL game in Coachella Valley on Dec. 28 before picking up his fifth goal of the 2022-23 campaign Wednesday night during the third period against Bakersfield. His hot play earned him a promotion to the team’s top forward line at the conclusion of Wednesday’s contest alongside TJ Tynan and Taylor Ward. Through 14 appearances with the Reign this season, Wagner has six total points with a plus-4 rating.

SCOUTING THE BARRACUDA: After a hot start, San Jose has fallen below the .500 mark, holding a record of 14-18-0-1 through 33 games. New head coach John McCarthy resides over a much different roster than the Barracuda had a year ago, with veteran forward Andrew Agozzino leading the way with 26 points while suiting up for all of the team’s contests (10-16=26). Rookie forwards William Eklund (8-15=23), Thomas Bordeleau (15-7=22), Danil Gushchin (8-10=18) and Tristen Robins (9-6=15) have all been big factors offensively, while defender Ryan Merkley has paced the scoring on the back end with 14 assists. In goal, San Jose has seen two netminder share time in between the pipes in veteran Aaron Dell and rookie Eetu Makiniemi. Dell has the higher save percentage (0.899), while Makiniemi has earned the lower goals-against average (3.19).

TURCOTTE TIME: Alex Turcotte found the back of the net for the third time in Ontario’s last five games during Saturday night’s loss to Calgary. The tally came on a scramble near the Wranglers’ net during the third period with the Reign looking to make a comeback. It was the forward’s second straight contest with a strike after posting a multi-point effort in Coachella Valley on Dec. 28 with a goal and an assist. Through 17 games in 2022-23, Turcotte has accounted for nine points with four goals and five assists and a plus-3 rating. In an injury-plagued season the year prior, the Island Lake, Ill. native managed 18 points in 27 games on six goals and 12 assists.

PERKS OF PETERSEN: A month into his stint with Ontario, goaltender Cal Petersen has appeared in eight games for the Reign, producing a 4-4-0 record along with a 2.65 goals-against average and a 0.917 save percentage. The netminder started out hot, recording wins in four of his first five outings including a shutout performance against Bakersfield on Dec. 17. Petersen’s busiest night thus far came in Tucson on Dec. 9 when he turned out 44 shots in an overtime victory over the Roadrunners. The native of Waterloo, Ia. has seen action in 124 AHL contests during his career while earning a 0.904 save percentage.

MOVING FOR-WARD: With a late strike in Bakersfield on a loose rebound at the side of the Condors’ net Wednesday, Taylor Ward netted the sixth goal of his rookie season. Ward has now totaled 12 points while being a versatile winger up front for head coach Marco Sturm. He’s one of only three attackers on the Ontario roster who have played all of the team’s 28 games this season along with captain TJ Tynan and Aidan Dudas. The Kelowna, B.C. native’s 31 penalty minutes are tied for second-most on the team behind Nate Thompson (44) and his two game-winning tallies are even with Alan Quine for the highest among active Reign skaters.