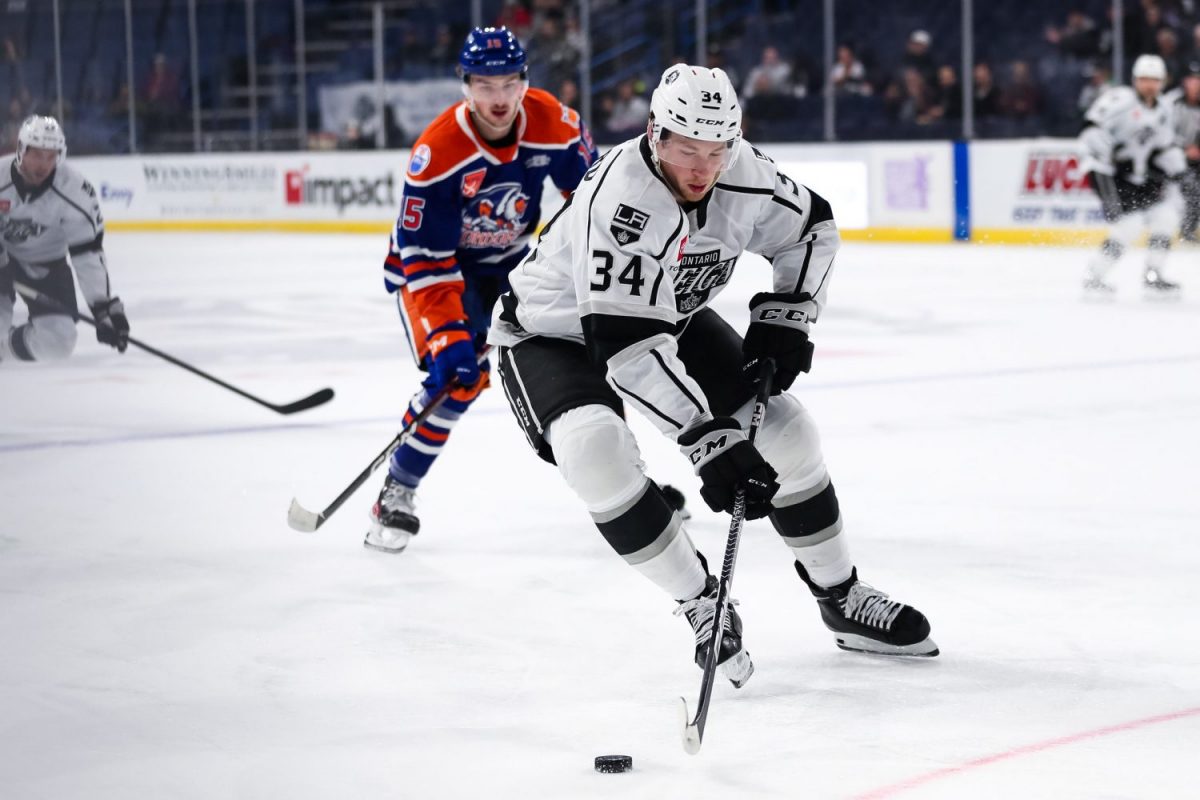 TONIGHT’S MATCHUP: The Ontario Reign travel to Bakersfield to face the Condors for the sixth time during the 2022-23 season Wednesday night. The Reign hold a 3-2-0 record against their in-state rival, including a 2-0 shutout win in their most recent matchup which came on Dec. 17 at Toyota Arena. Ontario will also make two additional trips to Bakersfield to close out the season series with the Condors on Feb. 10 and Mar. 4.

WHAT TO WATCH FOR: After dropping four straight since the last matchup between the two teams, Ontario will look to get back in the win column Wednesday night. The Reign, who currently sit in sixth place in the Pacific Division, can leap over Tucson into fifth with a victory. Bakersfield’s season has taken a turn for the worse after a competitive start and the team currently finds themselves in ninth in the standings. Ontario ranks seventh in the AHL defensively, allowing an average of 2.74 goals per game. Bakersfield is 19th in that category, holding opponents to 3.28 tallies per contest. The Reign also rank eighth in the league on the penalty kill, discarding 83.2% of their foe’s power play situations.

LAST TIME OUT: Jakob Pelletier scored twice in the second period and Dustin Wolf stopped 33 shots to send the Calgary Wranglers past the Ontario Reign by a 3-1 score to close out 2022 on Saturday night at Toyota Arena. Alex Turcotte scored the lone goal for the Reign in defeat, while Cal Petersen made a total of 21 saves for Ontario in his eighth AHL appearance of the 2022-23 season.

TURCOTTE TIME: Alex Turcotte found the back of the net for the third time in Ontario’s last four games in Saturday night’s loss to Calgary. The tally came on a scramble near the Wranglers’ net during the third period with the Reign looking to make a comeback. It was the forward’s second straight contest with a strike after posting a multi-point effort in Coachella Valley last Wednesday with a goal and an assist. Through 16 games in 2022-23, Turcotte has accounted for nine points with four goals and five assists and a plus-2 rating. In an injury-plagued season the year prior, the Island Lake, Ill. native managed 18 points in 27 games on six goals and 12 assists.

SCOUTING THE CONDORS: The AHL affiliate of the NHL’s Edmonton Oilers, Bakersfield is preparing for Wednesday’s game after back-to-back losses to the Calgary Wranglers last week. Prior to that, the Condors defeated San Jose 5-1 and earned a split from a two-game road series in Colorado. Leading scorer Seth Griffith, who had an 80-point season a year ago, is once again pacing the team’s offense with 26 points on nine goals and 17 assists in 29 games. Behind him, however, the team’s scoring is evenly spread out. Rookie forward Xavier Bourgault is next in line with eight goals and 15 points. Blueliner Michael Kesselring has also been a big offensive contributor from the back end, scoring a team-high 10 goals and 13 total points. In goal, Olivier Rodrigue has earned the most minutes with 17 appearances, a 2.98 goals-against average and a 0.911 save percentage.

LIAS LIGHTS THE LAMP: Forward Lias Andersson had his second consecutive multi-point night for Ontario last Wednesday in Coachella Valley, scoring a goal and adding an assist in a loss to the Firebirds. Andersson also found the back of the net twice in the Reign’s final game before the AHL’s holiday break against Calgary on Dec. 21. It was the second two-goal game for Andersson during 2022-23 and the fifth time during his AHL career that he’s scored twice in one contest. Now in his sixth professional season, Andersson is one of the Reign’s offensive leaders, totaling 17 points in 22 games. He was also one of the team’s top scorers during the month of December, posting eight points on four goals and four assists which was second-most on the team behind TJ Tynan (2-8=10).

PERKS OF PETERSEN: A month into his stint with Ontario, goaltender Cal Petersen has appeared in eight games for the Reign, producing a 4-4-0 record along with a 2.65 goals-against average and a 0.917 save percentage. The netminder started out hot, recording wins in four of his first five outings including a shutout performance against Bakersfield on Dec. 17. Petersen’s busiest night thus far came in Tucson on Dec. 9 when he turned out 44 shots in an overtime victory over the Roadrunners. The native of Waterloo, Ia. has seen action in 124 AHL contests during his career while earning a 0.904 save percentage.

MOVING FOR-WARD: With an assist on Turcotte’s goal Saturday, Taylor Ward closed out the 2022 portion of his rookie season with 11 total points on five goals and six assists. Ward is one of only three attackers on the Ontario roster who have played in all of the team’s 27 games this season along with captain TJ Tynan and Aidan Dudas. The Kelowna, B.C. native’s 31 penalty minutes are tied for second-most on the team behind Nate Thompson (44) and his two game-winning tallies are even with Alan Quine for the highest among active Reign skaters.