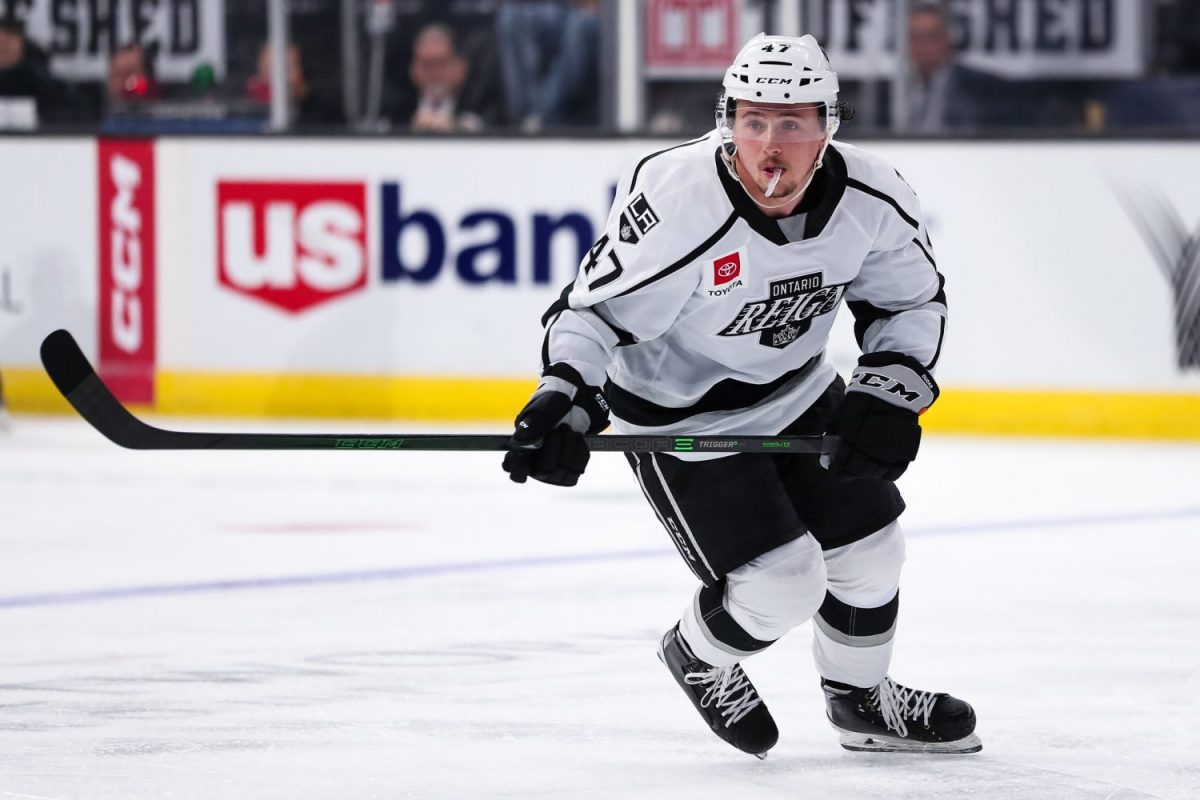 TONIGHT’S MATCHUP: The Ontario Reign host the Calgary Wranglers for the first time this season Saturday night on New Year’s Eve to conclude the 2022 portion of the team’s 2022-23 schedule. Calgary recently defeated Ontario twice on their home ice 10 days ago, earning a sweep with scores of 4-1 and 5-2. Saturday’s game will be the third time the Reign have faced the Wranglers in their last four outings.

WHAT TO WATCH FOR: Ontario will look to reverse their fortunes against Calgary after failing to close out a third period lead they had in the teams’ last matchup on Dec. 21. The Regin are looking to make up ground in the Pacific Division standings after failing to earn any points in their last three games. While on a current five-game winning streak, the Wranglers have moved into first place in the division with 41 points, earning victories in nine of their last 10 contests including a 2-1 decision on Friday night in Bakersfield. Calgary is the top offensive team in the AHL, scoring an average of 4.11 goals per contest. The Wranglers also rank second in shots on goal, putting an average of 34 attempts at the net per game. Calgary is also among the top five teams in the league on both special teams, scoring 39 power play goals while allowing just 18 man-advantage tallies. The Reign rank sixth in the league on the penalty kill, discarding 84% of their opponents’ opportunities.

LAST TIME OUT: The Coachella Valley Firebirds claimed a win in their first-ever meeting with the Ontario Reign Wednesday night, coming from behind to win a wild 7-6 game at Acrisure Arena. 13 different skaters recorded a point for Ontario in the loss, which included a two-goal effort by Austin Wagner and a goal and an assist each from Lias Andersson, Alex Turcotte and TJ Tynan.

WATCH OUT FOR WAGNER: Entering a game against his hometown team in Calgary, forward Austin Wagner is coming off his best offensive night of the season Wednesday which saw him score twice in an AHL game for the first time in his career. Wagner opened the scoring with his third goal of the year at 2:33 of the first period and then added to Ontario’s lead with his fourth tally at 8:14 of the second frame. Through 12 appearances with the Reign this season, Wagner has five points on four goals and an assist along with a plus-3 rating.

SCOUTING THE WRANGLERS: The AHL affiliate of the NHL’s Calgary Flames, the Wranglers have been instantly competitive in their first year playing in Calgary. The team’s leading scorer Matthew Phillips has 34 points in 22 games on 18 goals and 16 assists. Behind him, Jacob Pelletier has 30 points while finding the back of the net 12 times and Connor Zary leads the team with 20 helpers. Rookie defender Jeremie Poirier leads the team’s blueliners with 21 points in 28 games on four goals and 17 assists. Former Reign captain Brett Sutter has been a mainstay in the team’s lineup, scoring 18 points on six goals and 12 assists while appearing in 27 of the Wranglers’ 28 contests. In net, reigning AHL Goaltender of the Year Dustin Wolf has played 22 games and picked up where he left off last season with a 2.24 goals-against average and a 0.926 save percentage with a record of 17-4-0 and three shutouts.

TURCOTTE TIME: Alex Turcotte netted his second goal in Ontario’s last three games Wednesday night as part of his third multi-point game of the season in the loss to Coachella Valley. His tally came via a redirect on the power play off a feed by Martin Chromiak in the first period. Turcotte also picked up the primary assist on the team’s second goal of the night scored by linemate Samuel Fagemo. Through 15 games in 2022-23, Turcotte has accounted for eight points with three goals and five assists and a plus-2 rating. In an injury-plagued season the year prior, the Island Lake, Ill. native managed 18 points in 27 games on six goals and 12 assists.

LIAS LIGHTS THE LAMP: Forward Lias Andersson had his second consecutive multi-point night for Ontario Wednesday in Coachella Valley, scoring a goal and adding an assist in the loss to the Firebirds. Andersson also found the back of the net twice in the Reign’s final game before the AHL’s holiday break against Calgary last Wednesday. It was the second two-goal game for Andersson during 2022-23 and the fifth time during his AHL career that he’s scored twice in one contest. Now in his sixth professional season, Andersson is one of the Reign’s offensive leaders, totaling 17 points in 21 games. He has also been a top scorer during the month of December, posting eight points on four goals and four assists which is second-most on the team behind TJ Tynan (2-8=10).

KILLING SPREE: Ontario’s penalty kill has been on a hot streak during the month of December, successfully discarding 34 of its opponents’ 39 power play opportunities during a nine-game span which calculates out to a rate of 87.1%. The Reign rank sixth in the AHL on the penalty kill this season with just 16 power play goals allowed out of 100 opportunities and the team has been particularly good at home inside Toyota Arena, where they’ve killed off 87.3% of opponents’ chances which is the second-highest rate in the league.