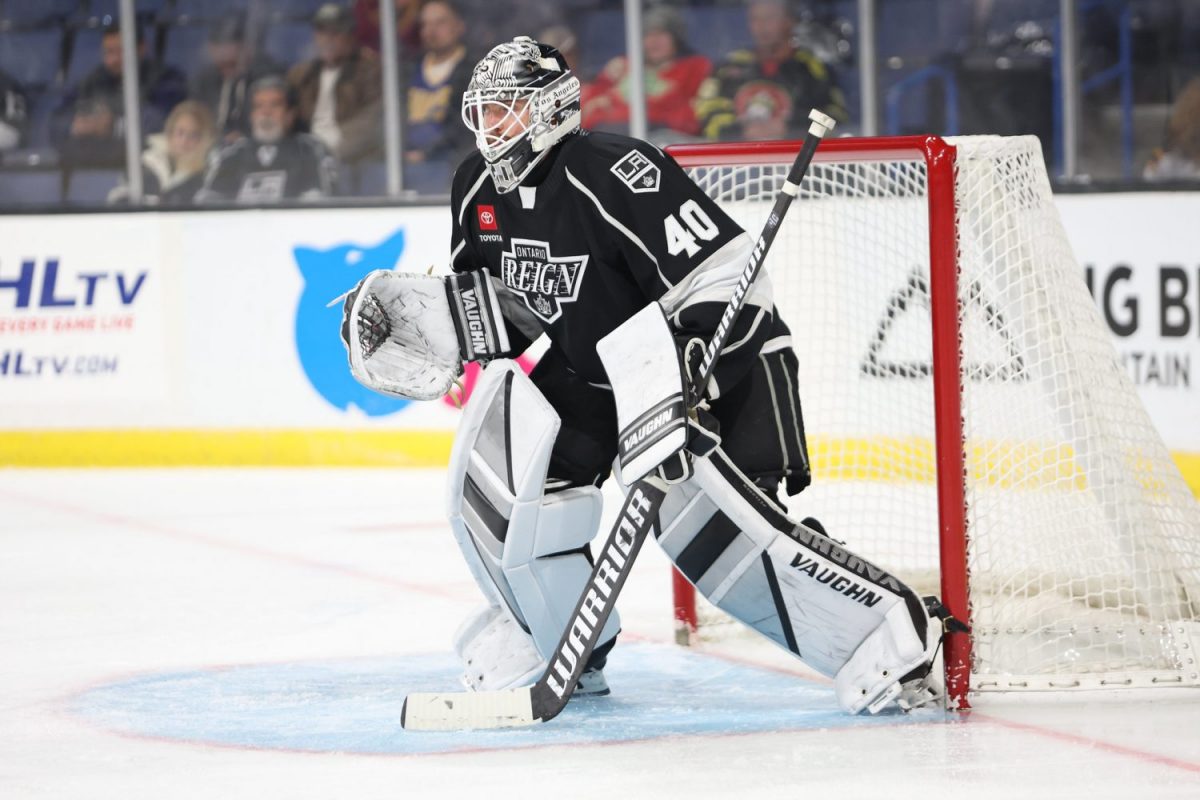 TONIGHT’S MATCHUP: The Ontario Reign return from the AHL’s holiday break Wednesday night for their first-ever matchup with the league’s newest franchise, the Coachella Valley Firebirds at Acrisure Arena. Wednesday’s meeting is the first of eight contests between the two Southern California-based clubs that will all take place during Ontario’s final 47 games of the 2022-23 regular season.

WHAT TO WATCH FOR: Ontario is looking to make up ground in the Pacific Division standings after failing to earn any points in their last two games before the break, a pair of losses on the road in Calgary. The Reign currently occupy sixth place, while Coachella Valley is just one point back of Colorado for first place in the table with 37 points. The Reign, who enter the matchup with the fourth-lowest goals per game in the league (2.56), will meet a top-5 offense in the Firebirds who score an average of 3.65 goals per night. Coachella Valley has also made it tough for opponents on the other side of the puck, allowing the third-lowest average shots on goal per game this season (28.0). Ontario will aim to hold down CV’s ninth-ranked power play (22.5%) with their fourth-ranked penalty kill, which has discarded 84.7% of their opponents’ opportunities.

LAST TIME OUT: Playing in his 1,000th career game, former Reign captain Brett Sutter scored the winning goal in the third period to give the Calgary Wranglers a win over the Ontario Reign for the second straight night last Wednesday by a 5-2 score at the Scotiabank Saddledome. Lias Andersson had both goals for Ontario in a losing effort during a game that the Reign led 2-1 entering the third period. TJ Tynan also picked up his team-leading 24th assist in the defeat.

LIAS STRIKES TWICE: Forward Lias Andersson found the back of the net twice last Wednesday, scoring his seventh and eighth goals of the season for Ontario in a loss to Calgary. It was the second two-goal game for Andersson during 2022-23 and the fifth time during his AHL career that he’s scored twice in one contest. Now in his sixth professional season, Andersson is one of the Reign’s offensive leaders, totaling 15 points in 20 AHL outings for Ontario. The pair of tallies also gave him a total of 150 points during his pro career, which has included time in the NHL, AHL and Swedish Elite League.

SCOUTING THE FIREBIRDS: The AHL affiliate of the NHL’s Seattle Kraken, the Firebirds have been one of the strongest teams in the Pacific Division during their first season in the league while playing most of their games on the road prior to the opening of Acrisure Arena 10 days ago. Veteran Andrew Poturalski leads the way with 29 points in the team’s first 26 games, scoring seven goals and 22 assists that includes 13 power play points and a team-leading 81 shots on goal. Jesper Froden is two points behind Poturalski but has a team-high 14 goals and an impressive plus-16 rating in 24 contests. Kole Lind has also had a strong start to the year offensively with 12 goals and 13 assists for 25 points in 26 games. Defenders Brogan Rafferty and Ryker Evans are tied for the most points among the Firebirds’ blueliners, each with 17. In net, Joey Daccord is coming off a shutout performance in the team’s final game before the league’s holiday break and has a 2.67 goals-against average and a 10-4-1 record in 15 appearances this season.

TURCOTTE TIME: Alex Turcotte netted his second goal of the season in the third period of last Tuesday’s loss to Calgary, striking off a feed from linemate Quinton Byfield. The goal ended a four-game stretch in which the third-year forward had been held off the scoresheet after posting a goal and an assist in a win over Tucson on Nov. 27. Through 14 games in 2022-23, Turcotte has accounted for six points with two goals and four assists and a plus-2 rating. In an injury-plagued season the year prior, the Island Lake, Ill. native managed 18 points in 27 games on six goals and 12 assists.

SPLENDID SPENGLER: A pair of Reign skaters are currently away from the team for the remainder of the month while representing their home country of Canada at the Spengler Cup in Davos, Switzerland. Defenseman Tobie Bisson and forward Alan Quine have each dressed for Team Canada’s first two outings in the tournament, losses to HC Sparta Prague and HC Davos in the preliminary round. Canada’s quarterfinal game will be played on Thursday which gives the team an opportunity to advance to the semifinal round on Friday.

KILLING SPREE: Ontario’s penalty kill has been on a hot streak during the month of December, successfully discarding 33 of its opponents’ 37 power play opportunities during an eight-game span which calculates out to a rate of 89.1%. The Reign rank fourth in the AHL on the penalty kill this season with just 15 power play goals allowed out of 98 opportunities and the team has been particularly good at home inside Toyota Arena, where they’ve killed off 87.3% of opponents’ chances which is the second-highest rate in the league.