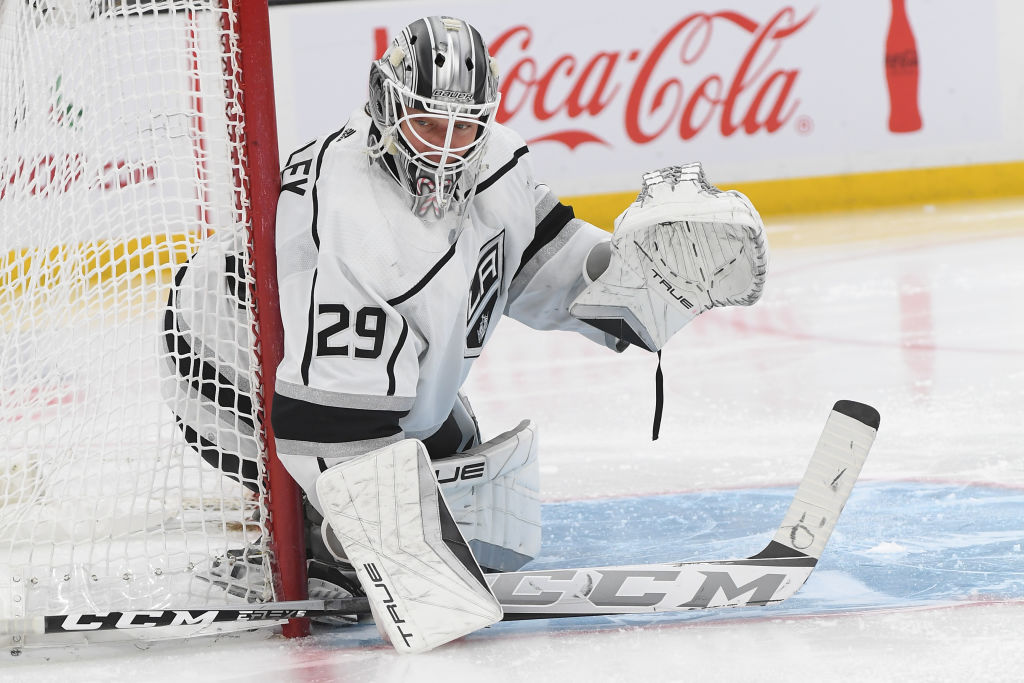 “He feels confident, he looks confident and he makes us feel confident.”

Not a bad evaluation for goaltender Pheonix Copley from his Head Coach, Todd McLellan. Copley has burst onto the scene over the last few weeks and has provided the LA Kings with stability in net when they’ve most needed it.

Situationally speaking, it was likely not the way that Copley would have thought he’d arrive with the Kings. On a team that was struggling to keep the puck out of their net, the organization made the decision on November 30 to place goaltender Cal Petersen on waivers, with the purpose of assigning him to Ontario. At the time, all of the attention was placed on that decision and not the corresponding move that saw Copley recalled from the Reign the next day.

In the moment, Copley has admitted he’s just trying to take things day-by-day as best as he can. After his first win over Ottawa, he knew that there was no set timetable on his time in the NHL and he was controlling what he can control. After his fifth win last night, he added that he’s just trying to see how good he can be and how much he can contribute at this level, and “the only way to find out is to work for opportunities.”

That’s what he’s done is work, day-by-day, to improve and contribute for the Kings.

“Every time I get a chance, I just want to do the best I can with it, regardless of what’s going on around me,” he added. “That’s my mindset and that’s what I’ll continue to do.”

In the traditional sense, Copley isn’t exactly a veteran – he had just 31 games of NHL experience entering the month of December – but he had played in NHL games in four separate seasons with Washington and St. Louis and brought with him the ability to play within his own skin. That proved to be exactly what the Kings needed at this time.

Copley isn’t necessarily the goaltender that’s going to wow you with full splits or the saves that might wind up on NHL Network countdowns, even if he’s made a few of those along the way. It’s been his calming style, with a lack of movement and lack of panic in his game that has stood out and proven to be successful over his six games with the team.

“He’s very relaxed in the net, it doesn’t look like he’s panicking at any point, he’s just making saves and he’s getting up and doing it all over again,” McLellan said. “It’s probably a good observation, I think that makes us feel comfortable.”

That comfort level has been a big factor in a 5-1-0 record with Copley in net this season, including consecutive victories over Boston, San Jose and Anaheim in the team’s last three games played. In those games, his numbers have been stout with 80 saves on 85 shots, but it’s not necessarily just about the statistics.

McLellan has been quick to praise Copley’s style of play and calming influence on the group.

“When he’s in the net, he looks confident and calm, which can calm things down for all of us,” McLellan said. “He’s made some really big saves, he’s made some simple, easy saves and obviously in the shootout he’s had success too.”

The man they call “Copper” seems to be coming up more and more often in post-game interviews, both through the interviews he’s conducting and the ones his teammates are. Whether it’s in regards to the penalty kill and his presence when the team is shorthanded, the saves he’s made from the run of play or simply his style in net, those in front of him are taking notice.

Viktor Arvidsson – Stability. He’s saving important pucks and he’s been great for us. Coming up, he’s just playing his game, he’s calm and steady. Just what we need.

Sean Durzi – He’s really calm, he’s a true professional, he takes care of himself every single day, you see it. Those are the kind of guys you watch and learn from. He does his thing very quietly and I think the guys can build off of that.

Trevor Moore – He’s just solid, he looks confident in there. He’s making good reads. I don’t know a lot about goaltending but he’s stopping the puck, so he’s doing great.

How to rotate. By Pheonix Copley.

This is how you play in control and between your posts. pic.twitter.com/1qm6DOjIZb

As his teammates have thrust praise onto him, Copley has been quick to give it back to the guys playing in front of him.

In any interview he’s done, he’s credited blocked shots and rebound clears as areas he’s especially thankful for, particularly when it comes to the penalty kill. That’s been the case, as a theme, with Copley in net. Much of the credit goes to him, but he believes it’s been a team effort.

“I thought we’ve played great defensively,” Copley added, of his teammates. “A lot of blocked shots, a lot of clears, when I’ve left rebounds they’ve taken care of them. They’ve been great in front of me.”

Take nothing away from Copley, because he’s been quite good in net as detailed above, but the team in front of him has also committed to playing a different brand of hockey more frequently and more consistently as of late. Outside of the third period in Buffalo, a “complete team debacle” as McLellan phrased it, Copley hasn’t faced a period in which the Kings went full run and gun as his batterymates Jonathan Quick and Cal Petersen have been behind at times.

McLellan said that stylistically, the plan has been business as usual, meaning that the Kings haven’t changed the gameplan to insulate Copley or to play more defensively by design in support of him. What they have done, however, is commit to playing their brand of hockey, which is making life difficult in the neutral zone for the opposition, checking for their chances and bringing that responsible nature of hockey more often than not.

Among all goaltenders to appear in an NHL game so far this season, Copley has faced the fourth fewest shots attempts per/60, at 5-on-5, out of 79 netminders at 23.5 attempts faced. That’s down from 27.6 for Petersen or 28.3 for Quick. The Kings have been better in front of Copley, with the goaltender frequently crediting the blocked shots and shot supression in front of him. Independent of goaltender, McLellan knows the Kings need to be better in that regard all around.

“Quickie and Cal, they need help too, our team is playing better right now in front of Phoenix than we did in front of the other two,” he said. “When it’s time for Quickie to go back in or Cal or whoever it might be, I certainly expect it and I’m sure the players expect that type of performance in front of them as well.”

Looking ahead, McLellan has indicated that Copley has the hot hand right now and we can expect the Kings to continue to ride that while it’s here. The Kings believe they have three goaltenders who can play at this level and he believes that all three will play a role over the final 47 games of the season.

Right now though, it’s a day-by-day situation and the Kings will make a decision for tomorrow’s tilt with Calgary and go from there.

“Pheonix right now is playing outstanding and he’ll definitely play in one of the two for sure.” 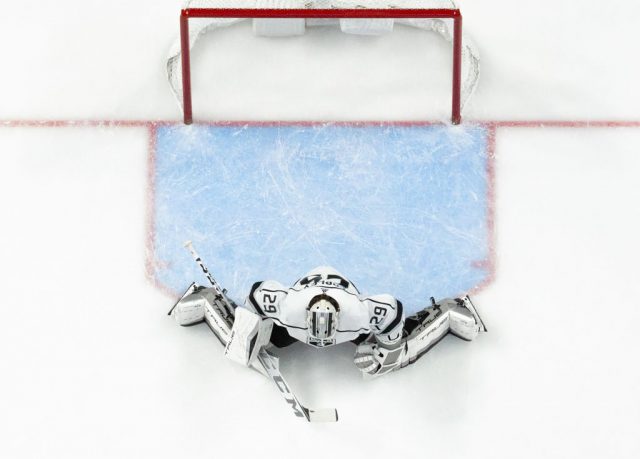 OTTAWA, CANADA – DECEMBER 06: Pheonix Copley #29 of the Los Angeles Kings stretches prior to the start of the game against the Ottawa Senators at Canadian Tire Centre on December 06, 2022 in Ottawa, Ontario, Canada. (Photo by Chris Tanouye/Freestyle Photography/Getty Images)