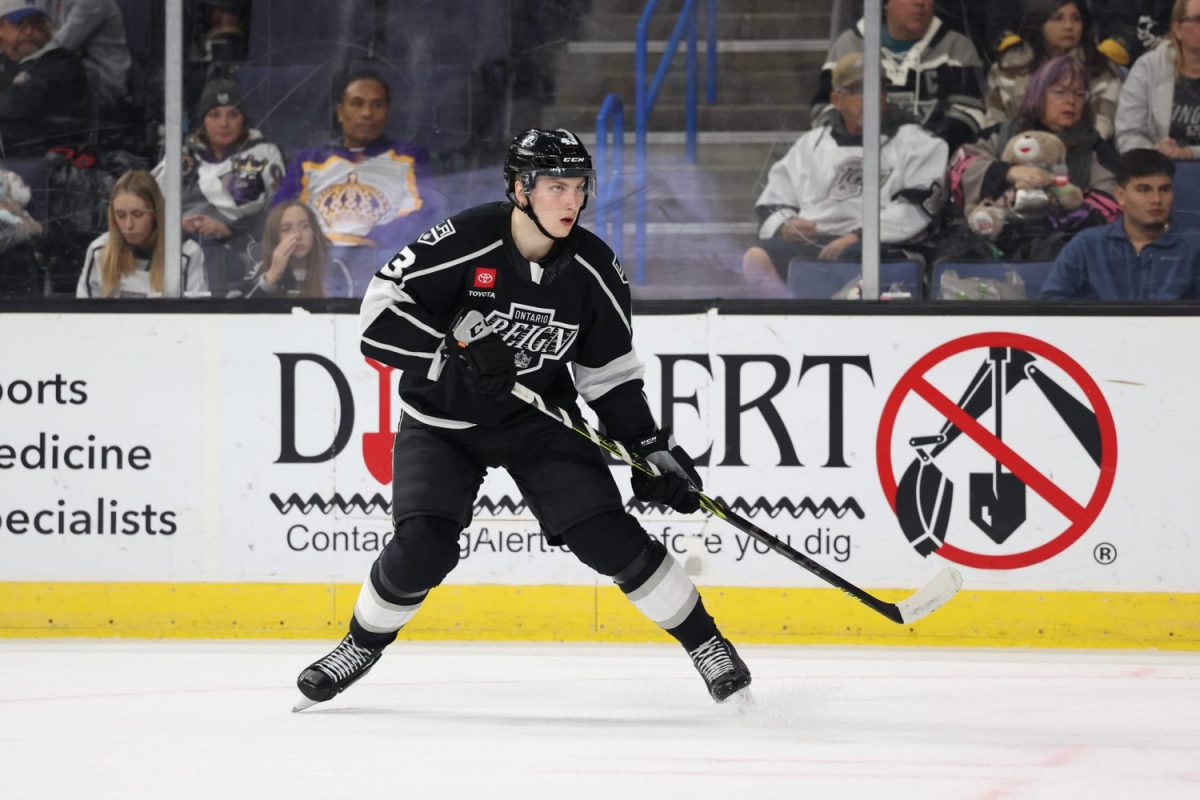 TONIGHT’S MATCHUP: The Ontario Reign meet the Calgary Wranglers for the first time in team history Tuesday night to begin a two-game mid-week series at the Scotiabank Saddledome. Ontario has found a winning recipe during December, going 5-1-0 in its first six games of the month and is aiming for their third consecutive road win. Most recently, Ontario held the Bakersfield Condors off the board in their only matchup last week in a 2-0 victory. The Reign come into the series with Calgary sitting just two points back of the Wranglers in the AHL’s Pacific Division standings. Calgary is in a tie for second place and overcame a slow start to the 2022-23 year, losing five of their first seven contests. But recently the Wranglers have been on a tear, winning seven of their last eight outings.

WHAT TO WATCH FOR: While Calgary has been playing well, the Reign have also won eight of their last 10 games, making Tuesday’s game a marquee matchup. After Saturday night’s shutout of Bakersfield, Ontario is now the top defensive team in the AHL and has allowed the lowest number of goals in the league (55), an average of 2.39 tallies per contest. Calgary is the top offensive team in the league after 24 games, scoring an average of 3.96 goals per night. The Wranglers also rank second in shots on goal, putting an average of 33.7 attempts at the net per game. Ontario has been at their best when getting out to a lead, posting an 11-0-1 record this season when scoring the first goal, and an identical 11-0-1 record when holding an advantage after 40 minutes. Calgary is also among the top five teams in the league on both special teams, scoring 34 power play goals while allowing just 13 man-advantage tallies. The Reign rank third in the league on the penalty kill, discarding 85.2% of their opponents’ opportunities.

LAST TIME OUT: Andre Lee triggered the Teddy Bear Toss with the first goal of the game early in the third and Cal Petersen stopped all 19 shots he faced as the Ontario Reign earned a victory over the Bakersfield Condors on Saturday night at Toyota Arena. Samuel Fagemo added to the lead in the final minute, posting an empty-net goal for his seventh tally of the season. With their third straight win, Ontario maintained their spot in a tie for third place in the Pacific Division standings.

PERFECT PETERSEN: Cal Petersen picked up his first AHL shutout since Jan. 20, 2020 Saturday night when he finished a perfect 19-for-19 in net during Ontario’s 2-0 victory. The Waterloo, Ia. native’s last clean slate in the league also came against Bakersfield, which was a 33-save performance at Toyota Arena. In his AHL career which has consisted of 121 games, Petersen has eight shutouts. His numbers with the Reign this season are outstanding through five games, which have seen him allow just eight total goals for a 1.61 goals-against average and a 0.947 save percentage in just under 300 minutes of action.

SCOUTING THE WRANGLERS: The AHL affiliate of the NHL’s Calgary Flames, the Wranglers have been instantly competitive in their first year playing in Calgary. The team’s leading scorer Matthew Phillips is currently with the Flames after posting 30 points in 20 games on 15 goals and 15 assists. Behind him, Jacob Pelletier has 26 points while finding the back of the net 10 times and Ben Jones is tied with Pelletier for the team lead in assists, each helping out on 16 goals. Rookie defender Jeremie Poirier leads the team’s blueliners with 17 points in 24 games on four goals and 13 assists. Former Reign captain Brett Sutter has been a mainstay in the team’s lineup, scoring 15 points on four goals and 11 assists while appearing in all 24 Wranglers contests. In net, reigning AHL Goaltender of the Year Dustin Wolf has played 19 games and picked up where he left off last season with a 2.33 goals-against average and a 0.921 save percentage with a record of 14-4-0 and three shutouts.

BYFIELD ON A TEAR: Quinton Byfield has been one of Ontario’s hottest forwards since he joined the team on loan from the LA Kings last month. The attacker had his longest point streak of the season come to an end on Saturday after registering a point in four consecutive contests which included five goals and two assists. Byfield has also posted 12 points in his last nine outings with seven goals and five assists. Overall, the Newmarket, Ont. native leads the Reign with nine goals in 13 AHL games this season along with a total of 14 points which is second among active skaters behind captain TJ Tynan.

LEE TRIGGERS THE FLYING FUR: Rookie forward Andre Lee scored his first professional goal earlier this month during a Reign victory in Tucson and added another special tally Saturday night in Ontario. Lee’s second career goal broke a scoreless tie at 2:27 of the third period and set off the Reign’s Teddy Bear Toss for 2022. Ontario continued to keep Bakersfield off the scoreboard for the remainder of the game and Lee’s opening tally held up as the game-winner. The Karlstad, Sweden native has appeared in 13 contests for the Reign this season after turning pro with Ontario late in 2021-22 and registering two assists in 11 games.

SHOT SUPPRESSION: The Reign have been a stingy team defensively this year, making it hard for opponents to get shots at their own net. On average, Ontario allows the sixth-fewest shots on goal per game in the league at 28.9. In addition, the team has started games well, allowing a total of just 199 shots in the first period of contests which is the second-fewest of any team in the AHL. Ontario’s 212 shots allowed in the third period also ranks second in the league.