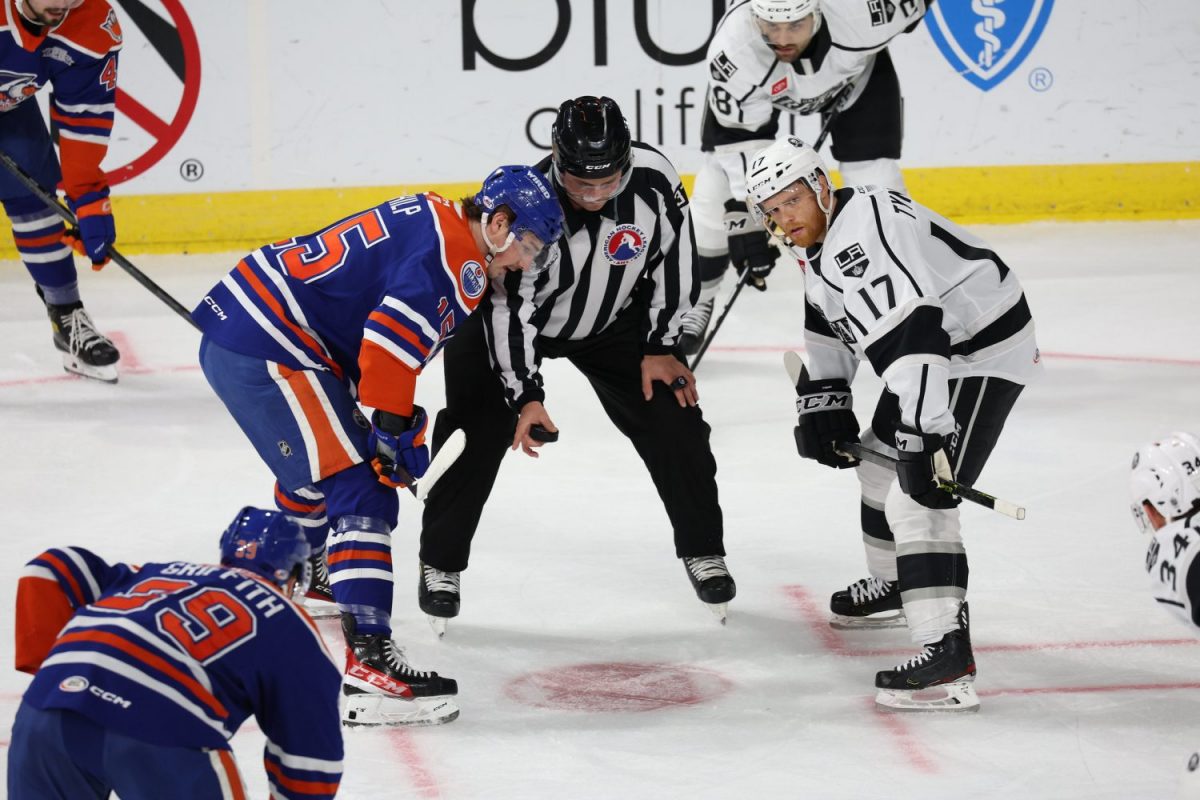 TONIGHT’S MATCHUP: The Ontario Reign look to continue their December winning ways Saturday night when they host the Bakersfield Condors at Toyota Arena. Ontario is aiming for its third consecutive win after sweeping the Tucson Roadrunners in Arizona last weekend with a pair of overtime victories. The Reign and Condors have split their first four meetings of the season and have three more contests with each other on the calendar after tonight’s matchup, all of which will be played in Bakersfield. Ontario comes into the contest in fifth place in the Pacific Division with 29 points, while Bakersfield is in ninth with 19 points.

WHAT TO WATCH FOR: Ontario’s wins last weekend were their first games to be decided in overtime this season. The only other previous contest that had gone past regulation was a battle in San Jose which finished in a shootout on Nov. 10. Ontario has continued to be a top team in the league defensively, currently ranking fourth in the AHL by conceding just 2.50 goals per game. The Reign have also been at their best when getting out to a lead, posting an 11-0-1 record this season when holding an advantage after 40 minutes. Bakersfield has been a competitive team this year despite allowing the fourth-most shots on goal per game in the league (33.09). The Condors hold a 4-1-1 record when tied with their opponent after two periods but struggle on special teams, ranking 25th in the AHL on the penalty kill (75.7%) and 30th power play percentage (14.3%).

LAST TIME OUT: For the second straight night, the Ontario Reign used a goal in overtime to defeat the Tucson Roadrunners on the road at the Tucson Convention Center. Saturday’s hero was Rasmus Kupari, who potted the winner at 1:36 of the extra session, while Quinton Byfield and Taylor Ward also found the back of the net in the victory. Goaltender Matt Villalta earned the winning decision and improved to 4-2-0 on the season in a game that saw the Reign hold a 41-17 advantage in shots on goal. Captain TJ Tynan also recorded two assists for the fourth time in his last six games.

BYFIELD ON A TEAR: Quinton Byfield continued his hot play last Saturday, scoring the opening goal of the game in an eventual 3-2 overtime win for Ontario in Tucson. The evening prior, he scored the deciding goal in overtime to cap off a come-from-behind win over the Roadrunners which was his second game-winner of the 2022-23 season, second career overtime tally and the fourth winning goal of his AHL career. The Newmarket, Ont. native is now on a four-game point streak with five goals and two assists during the run while posting 12 points in his last eight contests (7-5=12). In Ontario’s most recent win over Bakersfield on Dec. 4, Byfield led the way by scoring three times to record his first professional hat trick that included two shorthanded goals. The forward leads the Reign with nine goals in 12 AHL games this season along with a total of 14 points.

SCOUTING THE CONDORS: The AHL affiliate of the NHL’s Edmonton Oilers, Bakersfield has been up and down so far this season and currently comes into Friday’s contest having won just two of their last 10 games. Leading scorer Seth Griffith, who had an 80-point season a year ago, is once again pacing the team’s offense with 22 points on six goals and 16 assists in 23 games. Behind him, however, the team’s scoring is evenly spread out with rookie forward Xavier Bourgault leading the attackers with eight goals. Blueliner Michael Kesselring has also been a big offensive contributor from the back end, scoring eight goals and 11 total points. In goal, Olivier Rodrigue has played well and leads the team with a 2.96 goals-against average and a 0.915 save percentage in 12 appearances.

REIGN RECALL INAMOTO, PAVLYCHEV: The Reign announced the recalls of defenseman Tyler Inamoto and forward Nikita Pavlychev on Friday morning, both of whom have been enjoying solid starts to their seasons in the ECHL with the Greenville Swamp Rabbits. Inamoto has appeared in 17 games with Greenville to begin his first full pro season, posting four points on two goals and two assists, while Pavlychev has turned heads with 14 goals in 22 games which is tied for the league lead. The big forward ranks fifth in overall ECHL scoring with 25 points. Pavlychev’s goal total has already equaled his output for Greenville from last season when he scored 14 in 38 games.

TYNAN TURNS UP: Reign captain TJ Tynan has increased his offensive output recently, posting nine points in his last six games on a goal and eight assists. The center has posted multi-point efforts in four of his last six games and most recently totaled four assists in last weekend’s sweep of Tucson with a pair of helpers on back-to-back nights. Tynan leads Ontario with 25 points this season (2-23=25) while his assist total ranks fourth in the AHL.

FINDING SUCCESS FROM THE START: The Reign have been at their best when they score the opening goal this season, posting a 10-0-1 mark in the 11 contests they’ve found the back of the net first. Ontario has also been a perfect 8-0-0 in games when they’ve held a lead after one period of play and 11 of the club’s 14 victories have come with a lead after 40 minutes of play.