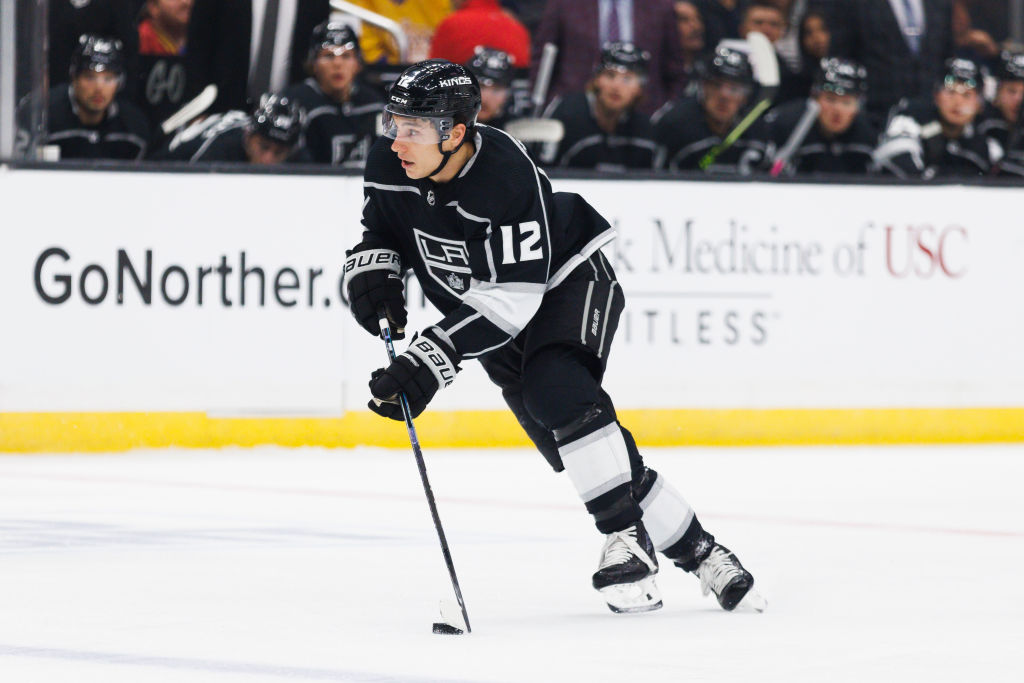 The Kings have signed forward Trevor Moore to a five-year contract extension, carrying an AAV of $4,200,000, running through the 2027-28 season. Thousand Oaks Native Trevor Moore, locked in for five MOORE years!

More to follow tomorrow, when we’re not two hours from game time, as the Kings lock up an important member of the team’s secondary core. For now, sharing the team’s official release below –

The LA Kings have signed forward Trevor Moore to a five-year contract extension worth an average annual value (AAV) of $4,200,000 through the 2027-28 season.

Moore, 27, has appeared in all 32 games for the Kings this season, recording 18 points (7-11=18) and leading the club in shots on goal (103). The Thousand Oaks, Calif. native earned his 100th career NHL point on Nov. 10 against the Chicago Blackhawks to become the seventh California-born player in NHL history and 24th active undrafted player to reach the 100-point plateau. Through five NHL seasons with the Kings and Toronto Maple Leafs, Moore has earned 107 points (42-65=107) in 236 career games while adding six points (3-3=6) in 14 Stanley Cup Playoff games.

Prior to joining the NHL ranks full-time, Moore skated in parts of four seasons at the AHL level with the Toronto Marlies, collecting 107 points (49-58=107) in 173 regular-season games and adding 29 points (13-16=29) in 41 Calder Cup Playoff games. His AHL career was highlighted by a 2018 Calder Cup Championship, where he recorded 17 points (6-11=17) in 20 games to tie for fourth in points and fifth in assists among all AHL skaters. Before turning pro, Moore played three collegiate seasons with the University of Denver (NCHC), registering 120 points (47-73=120) in 121 career games while helping the Pioneers to an NCHC championship in 2014.

Internationally, Moore represented the United States at the 2021 IIHF World Championship where he guided Team USA to a bronze medal with nine points (5-4=9) in 10 tournament games. Among tournament leaders, he tied for sixth in points and goals, tied for ninth in assists and tied for fourth in plus/minus (plus-7). Within Team USA, he ranked second in both goals and points and finished third in assists.

Kings and Bruins, coming up in just over two hours time from TD Garden in Boston. Game Thread to follow!