With an elevated role as of late, Arthur Kaliyev is trending up and delivering for the LA Kings 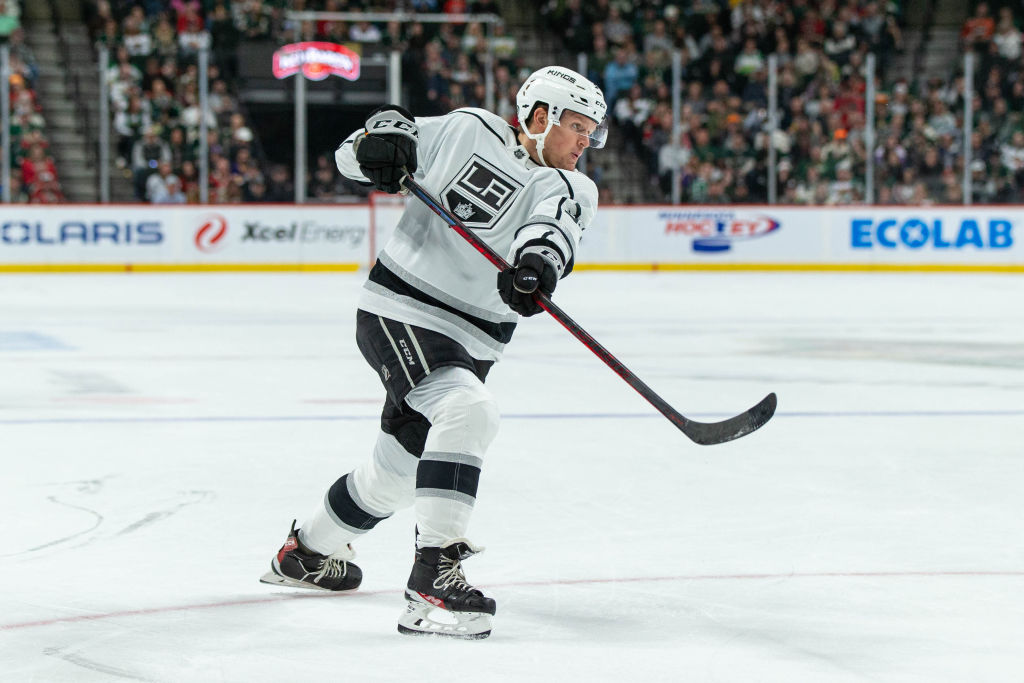 His usage is trending upward. Over his last 11 games, he’s been over 9:30 of 5-on-5 ice time in 10 of them, with the only exception being the win in Edmonton. In the 15 games preceding, he was under that mark in 10 of those contests. So, he’s playing more.

Though it’s felt like he’s scored more than he actually has, his production is up as well. Kaliyev has five goals from his last ten games, compared to four from his first 16. Four of those goals have come on the power play, but he’s producing nonetheless. When factoring in all of the above, not to mention improvements and focal points in areas away from the puck, it’s been a productive stretch for the young forward. So, he’s producing more, while creating more, while playing more. Check.

“I think Arthur has really taken it up a notch these last six, seven games,” Todd McLellan said. “He was playing well, but he really looks hard and heavy, puck protection, his physicality, it looks like he’s playing with so much authority right now. It’s fun to watch him play.”

When it comes to the minutes, I suppose you can ask the chicken or the egg question. With McLellan noticing an uptick in Kaliyev’s play as of late, he’s been rewarded with more minutes. Over the last few games, he’s moved from the fourth line to the third line and for the final 20 minutes on Saturday, Kaliyev was slotted alongside Anze Kopitar and Kevin Fiala on the top line, with the team in search of some energy down by three goals. He skated in that role again in practice on Sunday. Whether or not he’ll play there in Ottawa tomorrow remains to be seen, but regardless, his role has certainly increased as of late.

“I think if we look at his time totals the last four or five games, they’ve all gone up and so has his level of play, so it coincides with each other,” McLellan said. “If I’m Arthur Kaliyev, I get to play on the top power-play unit, or 1B, playing in a pretty good spot there and I like the way my game is going. If I’m Arthur, I’m saying all of those things and he’s getting rewarded now with more minutes.”

He’s averaged 12:59 in total time-on-ice over his last five games, a total he surpassed just three times all season in the games preceding. Whether he begins tomorrow’s game on the third line or the first line, he’s seeing more and more minutes as of late.

With regards to the chances created, Kaliyev himself has noticed the uptick in opportunities. The noted stat above was with regards to high-danger chances, meaning those that are graded by Natural Stat Trick as being of the highest quality, but he’s also had a scoring chance in eight straight games, and 11 of his last 12. He’s had 24 over his last 11 games, compared to 19 over his first 15. As of late at 5-on-5 the chances haven’t led to goals scored, though it certainly feels like he is close to doing so. It’s obviously not always the case, but chances can be a good indicator of production to come.

“Yeah, there have been a lot of chances that I’ve had,” Kaliyev said. “Over the last three games, I’ve actually missed a ton, so I have to start burying those I think and then the chances on the power play are a bonus. I just have to bury at 5-on-5, keep going the same way, just put home those chances.”

When it comes to production, even if most of his goals have come on the power play, Kaliyev is producing at a terrific rate. He already has nine goals, from 26 games, which is just five shy of last season’s total from 80. Of players drafted in 2019 or later, Kaliyev ranks ninth in the NHL in points this season and he’s averaged substantially less ice time than the eight players ahead of him.

When it comes to evaluating his growth as a whole, however, seeing progress in more than just chances and goals is important. And he’s certainly made that progress.

On top of the production, Kaliyev has grown this season in several of the physical elements of his game. He’s more physical in puck battles along the boards, coming away with the puck from those situations more than he was a season ago. His first step is faster this season, something he credited to work he put in over the summer, specifically designed to improve in that area. It’s resulted in a player who is getting himself into dirtier areas and contributing in more ways throughout a game.

“He’s coming out of those piles with a lot more pucks and I think that’s why I say he’s playing with a little more of an authoritative presence,” McLellan said. “His shot always was there, this is what I do. Now, his body and his legs are complementing it and he’s becoming a more complete player. We’re happy for him.”

Wall play is an important area for a winger away from the puck.

when playing in say junior hockey McLellan believes that Kaliyev was doing those things, but he was doing it against teenagers. Plus, as a 51-goal scorer, even if he had nights when he wasn’t doing those things, he was scoring at nearly a goal-per-game clip and he could fall back on that.

With his size and improved strength, it’s an area that Kaliyev is now succeeding in at the NHL level. Earlier in the season, he didn’t feel like he did a good job with that part of his game. Over the last few weeks, he’s been happy with the progress he’s made and the progress that his coaches have taken note of.

“I think I’ve been way better over the last few weeks and I’ve got to keep going there,” he said. “Hopefully I can just keep getting better and better. I didn’t start the way I wanted to in that area, but I think it’s coming along and I’ve done way better as of late.”

As we look ahead, Kaliyev played the team’s most recent 20 minutes on a line with Kopitar and Fiala. He retained his place with those two during practice yesterday. The Kings are not practicing today, with a full travel day across the country to Ottawa, so we won’t see where he lines up until tomorrow morning, when the team hits the ice at Canadian Tire Centre for morning skate North of the Border.

Should he get a look in that role off the puck drop, however, one critique from last season appears to be increasingly less of an issue. The engine.

“He’s become a man, he’s getting stronger, he’s more fit,” McLellan said. “You haven’t heard us talk a lot about his engine this year, it’s because it’s stronger too, a lot of good things.”

Should he feature on the top line, Kaliyev is hopeful to make his time there last longer than it did during shorter stints a season ago. Those attempts rarely carried on for longer than a full game, but Kaliyev is stronger now than he was last season.

Without putting additional pressure on himself to succeed, he’s hopeful he can showcase what he brings in the elevated role this time around.

“I’m trying to prepare for it and hopefully I can do a better job of it this year than I did last year,” he added. “I’m just trying to be myself and play the same way. I know what it is now, I’ve been around for a year, so I feel a bit more confident. I want to play the way I was and not put as much pressure on myself.” 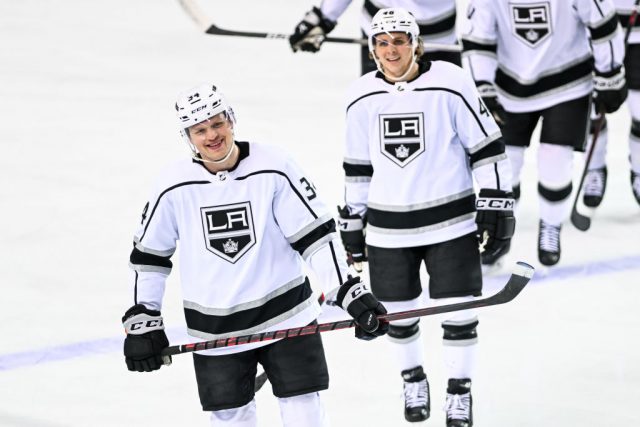 As noted, Insiders, no practice today as the team travels to Ottawa to begin a six-game road trip. Looking at another article later on this evening, plus a full game day worth of coverage tomorrow and away we go!