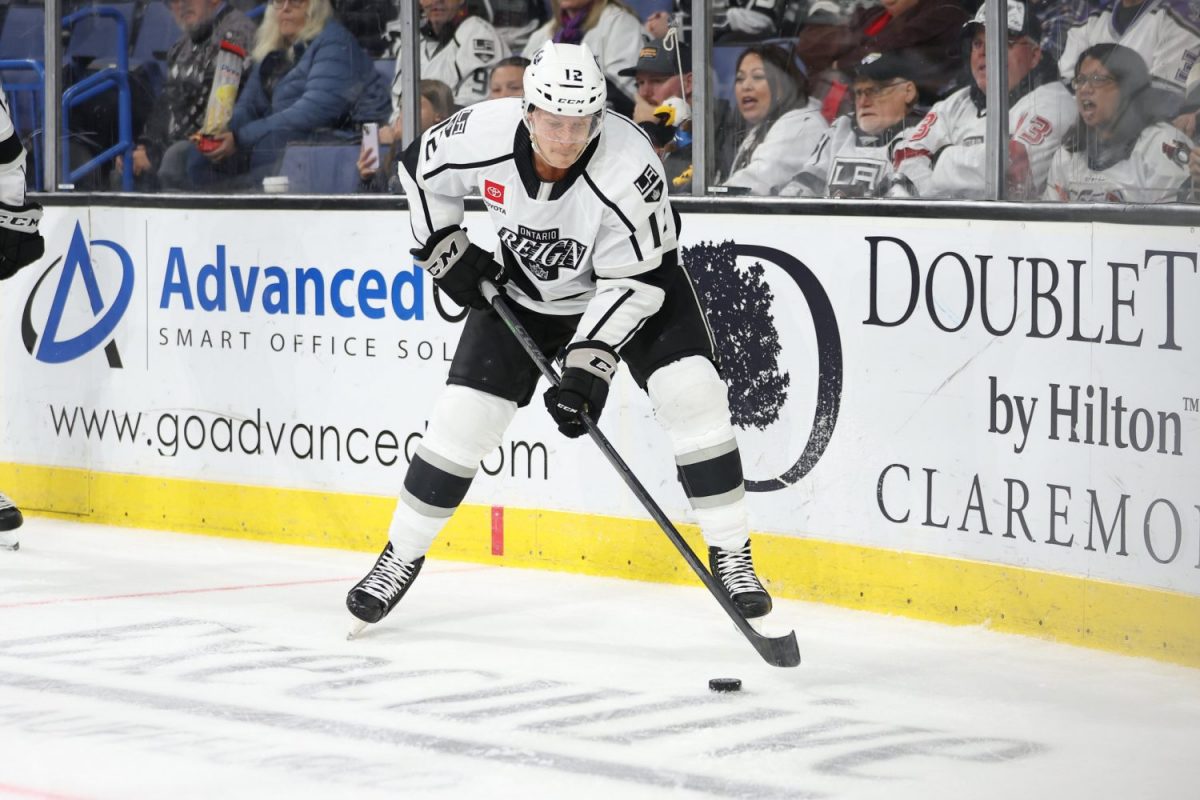 TONIGHT’S MATCHUP: The Bakersfield Condors are in the Inland Empire for a Sunday afternoon matchup with the Ontario Reign at Toyota Arena. The Condors have been a thorn in Ontario’s side early this season and are the only opponent to secure multiple wins over the Reign so far this year, winning two of three matchups between the clubs. Bakersfield has wins by scores of 3-2 and 3-1 on Oct. 16 and Nov. 12 respectively, while Ontario earned a 4-3 victory in front of their home fans on Oct. 29. The Reign are in possession of fourth place in the Pacific Division coming into Sunday’s contest with 23 points, while the Condors sit in eighth with 17 points accrued.

WHAT TO WATCH FOR: With two dates remaining on their season-high seven-game homestand, the Reign have won four of the first five contests including a victory over Colorado on Friday to open the month of December. While they did go through a dry spell in mid-November, Ontario has continued to be a top team in the league defensively, currently ranking third in the AHL by conceding just 2.50 goals per game. The Reign have also been at their best when getting out to a lead, posting a 10-0-1 record this season when holding an advantage after 40 minutes. Bakersfield has been a competitive team this year despite allowing the second-most shots on goal per game in the league (33.68). The Condors hold a 4-1-1 record when tied with their opponent after two periods but struggle on special teams, ranking 20th in the AHL on the penalty kill (76.1%) and last in power play percentage (13%).

LAST TIME OUT: Cal Petersen led the way with 27 saves, including 13 in the third period, to preserve a two-goal lead for the Ontario Reign in a 3-1 victory over the Colorado Eagles on Friday night at Toyota Arena. TJ Tynan and Jordan Spence each posted two points in the victory, while Taylor Ward and Alan Quine also found the back of the net. The win was Ontario’s third in their last four games and stopped an unbeaten streak for Colorado that was at 11 games.

UNSTOPPABLE SPENCE: Defenseman Jordan Spence continued his scoring production from the blue line Friday with a goal and an assist in Ontario’s 3-1 win over Colorado. Spence netted the first goal of the game at 9:32 of the first period before adding an assist on Taylor Ward’s tally less than five minutes later. Spence’s strike was his second goal of the season, while his helper was No. 16 on the year. Both goals came on the power play, where Spence has done much of his damage this season. He’s tied for first in the AHL in power play assists with teammate TJ Tynan, each with 11 man-advantage helpers, while ranking fourth in overall power play points (12). Spence’s 18 points in 18 games also ranks fourth in the league in scoring among defenders.

SCOUTING THE CONDORS: The AHL affiliate of the NHL’s Edmonton Oilers, Bakersfield has been up and down so far this season and currently comes into Sunday’s contest on a four-game winless streak. Leading scorer Seth Griffith, who had an 80-point season a year ago, is once again pacing the team’s offense with 18 points on four goals and 14 assists in 19 games. Behind him, however, the team’s scoring is evenly spread out with rookie forward Xavier Bourgault leading the attackers with five goals. Blueliner Michael Kesselring has also had a hot start to the season from the back end, posting a team-leading eight goals and 11 total points. In goal, Olivier Rodrigue has played well after Calvin Pickard went down with an injury. Rodrigue leads the team with a 2.96 goals-against average and a 0.916 save percentage in 10 appearances.

NOT YOUR BASIC BISSON: Defenseman Tobie Bisson has recorded assists in three of Ontario’s last four games, including a helper on Alan Quine’s first period goal in the club’s most recent victory over Colorado on Friday. Bisson, now in his third AHL season, is second among Ontario’s defenders in scoring this year with six points on a goal and five assists. The Rosemere, Que. native is also tied for the team lead with a plus-6 rating from his 17 contests.

HOME COOKIN’: In the 11 contests Ontario has played inside Toyota Arena during 2022-23 the team has posted outstanding results on the power play, scoring 14 times. After going 2-for-3 in their win last Sunday over Tucson, the Reign found the back of the net two more times on Friday in their most recent victory over Colorado. Overall, Ontario is now 14-for-42 on the power play at home for a percentage rate of 33.3%. That number ranks as the third-highest mark in the AHL behind Toronto and Rochester, who have played eight and nine home games this season respectively.

DEVIL IN THE DUDAS: Forward Aidan Dudas scored his sixth goal of the season during the first period of last Saturday night’s game to reclaim the title of Ontario’s leading goal scorer. The Parry Sound, Ont. native’s goals have all come in different games this year. In his three professional seasons, Dudas has never scored more than once in a game, with his 22 tallies all coming on different days. Dudas is more than halfway to his career-high in goal scoring, which was set last season when he netted 10 in 61 contests and was recalled by the LA Kings for the first time this season prior to the team’s Saturday night game against Carolina.