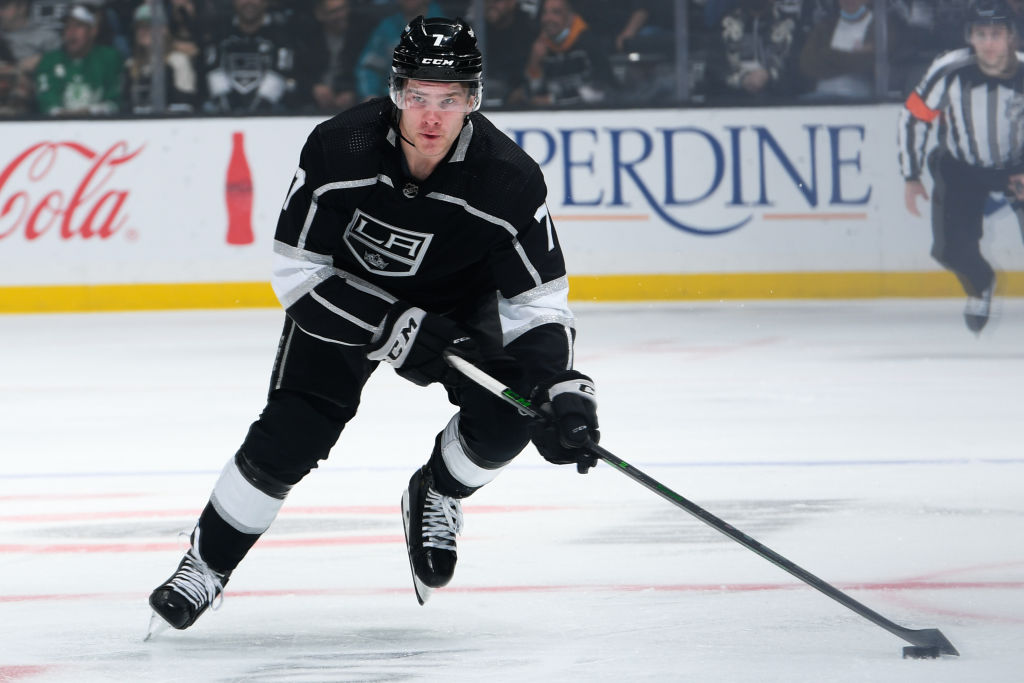 Roster moves this morning impacting all three positions. Starting from the net out……the Kings have recalled goaltender Pheonix Copley from the AHL’s Ontario Reign and have assigned goaltender Cal Petersen, who cleared waivers, to Ontario.

One of the strengths of the 10-6-1 Ontario Reign has been goaltending, with a tandem of Copley and Matthew Villalta splitting the appearances, with 11 for Copley compared to seven for Villalta. Both goaltenders have posted solid splits and the veteran Copley will get the nod at this time.

Marco Sturm on Copley in November
He was really solid, rock solid. He made some unbelievable saves and when you have a team in front of you and players in front of you who are really tight on their sticks and struggling a little bit, I think your goaltending will have to come up big and that’s what he did tonight.

Sturm on Copley in October
As players, I think if you see that, and it shouldn’t happen, but it’s a good problem to have a guy like him in the net. He calms things down. He had some rebounds, but most of them he covered it well. He was by far the number one star today and we won the game thanks to him.

Regarding Petersen, he’s posted a 5-3-2 record this season with a .868 goals-against average and a 3.75 goals-against average. He was placed on waivers yesterday and cleared this morning at 11 AM. Petersen will now join Ontario, where he’s won 53 games over three seasons with the AHL club, the most in franchise history. Per General Manager Rob Blake, he’s there for a reason, with the hopes he will re-establish his game and come back to the Kings later this season and contribute.

“I think the idea here is that Cal can go down to the American League and play in games, get that structure we believe in and come back up and help us,” Blake said this morning. “That’s as simple as it gets, that was the reasoning behind the decision and now we’re past the waivers, we can go in and he can practice there, get himself into some games and get playing.”

Blake added that there is “not really” a timetable when it pertains to Petersen’s time with Ontario. He said that right now, Petersen will go down and work with the staff, the goalie coaches and continue to work, with the opportunity to get into games regularly and continuously. When the time comes, the Kings will address his status.

It can be difficult to work through things at the NHL level for a goaltender. Todd McLellan said that the Kings tried that approach with Petersen earlier in the season, which came after he was pulled in Pittsburgh. They gave him a week to simply work on things, and the improvements did come after, with his next start being the 4-2 win over Toronto, when he was blameless on both goals allowed. The team has struggled defensively since, at least on a consistent basis, and the hope here is that Petersen can get to where he needs to better with the Reign than with the Kings.

“I think as a defenseman or a forward, if you have a tough game or you’re struggling, you can go out and play limited minutes, if you’re a defenseman you can just put it off the boards or make a real simple play,” Blake said. “It’s difficult in the goalie situation and we can only carry two. We can carry seven or eight D, we can carry 14 forwards if we want to, but we don’t have a lot of options [in net] to get goalies into games. That’s what this came about.” 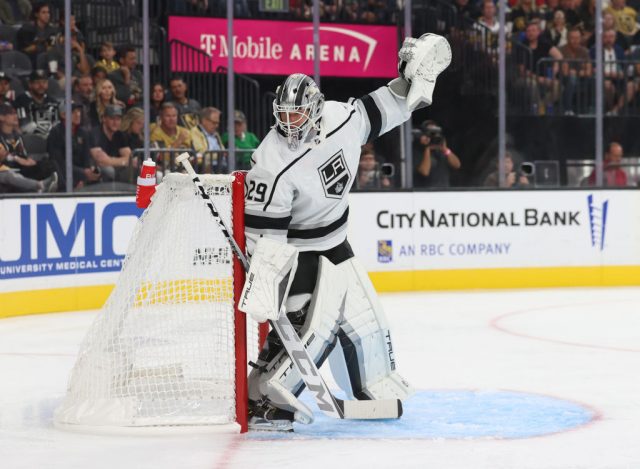 On defense, the Kings have recalled defenseman Tobias Bjornfot and have loaned defenseman Jordan Spence to AHL-Ontario.

The 21-year-old, left-shot defenseman Bjornfot opened the 2022-23 season with the Reign, posting three points (2-1-3) and a plus-3 rating in 17 games, skating in a top-pairing role alongside Spence. Last season, the 6-0, 200-pound defenseman appeared in a career-high 70 NHL games with the Kings and established NHL career-highs in assists (8), points (8) and shots (53). Bjornfot is one of nine players from the 2019 NHL Draft Class with over 100 games played, alongside forward Arthur Kaliyev.

Bjornfot is expected to play tonight, skating on a pairing with Matt Roy. More on his game and what the Kings are looking for from him below.

“It’s part of the reason why he’s paired there and for us, it’s trying lefty-righty, putting Durz on his strong side,” McLellan said. “Toby should feel comfortable with Matt, he should feel comfortable with his teammates in the locker room and the coaches. It should be drop him in and get some good games out of him. He’s played very well at the American League level and we want to see that transfer over to the NHL level. We believe in him and I think he feels pretty good about his game right now, so we’ll see how it goes.”

Regarding Spence, he’s spent the last two days on the NHL roster, which is good for the bank account and was merited based upon his play at the AHL level. Perhaps the biggest thing working against Spence right now is situation and opportunity. He shoots right and he’s a smooth skating, puck-moving defenseman who can contribute on the power play. The Kings have multiple options in that mold. The Kings also have seven defensemen who cannot be assigned to the AHL, while Spence can be, free of any potential waiver commitment. It’s a tough assignment for a player who is a reigning First Team All-Star in the AHL and is right towards the top of the scoring charts as it pertains to defensemen in that league. His future is extremely bright and his time will come for the Kings.

Up front, the exchange is with Samuel Fagemo coming to the big club and Rasmus Kupari going down to the AHL.

Fagemo is coming up to the NHL for the second time this season, after he took warmups with the Kings on Tuesday against Seattle. Fagemo has skated in 15 games with the Reign this season, earning eight points (6-2-8) to lead the club in goals (6) and power-play goals (4) while also ranking fifth in points (8). Last season, Fagemo skated in four contests with the Kings, including his NHL debut on Jan. 13 against Pittsburgh. He also played a game on the top line, later that month in San Jose.

Regarding Kupari, he’s had his moments this season where he’s imposed his style on games. He has the versatility to play both center and winger, though he’s been featured more often than not in the middle. Kupari has size and speed and can impact games playing a North/South style of hockey. He hasn’t had that impact every time out and with the team in search of some changes, he’ll go down to the AHL, at least in the interim.

“Sammy is coming up and he’s going to get his opportunity now to inject some life and some energy into the lineup,” McLellan said this morning. “I didn’t think that Sammy had the type of training camp that he needed to have, so this is a real, real good opportunity for him. Ras has played well for our team, there are still a few things that we would like him to work on. I think that there are some areas that he can focus on, I don’t need to share those with you because I’ve talked to him about them, but there are some things that he can focus on down there. Just a few polish up points and it will help him.”

The Kings have already taken morning skate today, with Bjornfot and Fagemo expected to make their NHL season debuts tonight against Arizona. Bjornfot took rushes this morning alongside defenseman Matt Roy, while Fagemo skated on a line with Jaret Anderson-Dolan and Carl Grundstrom. Expect to see both in action this evening, more to follow in today’s game preview, coming later on today!