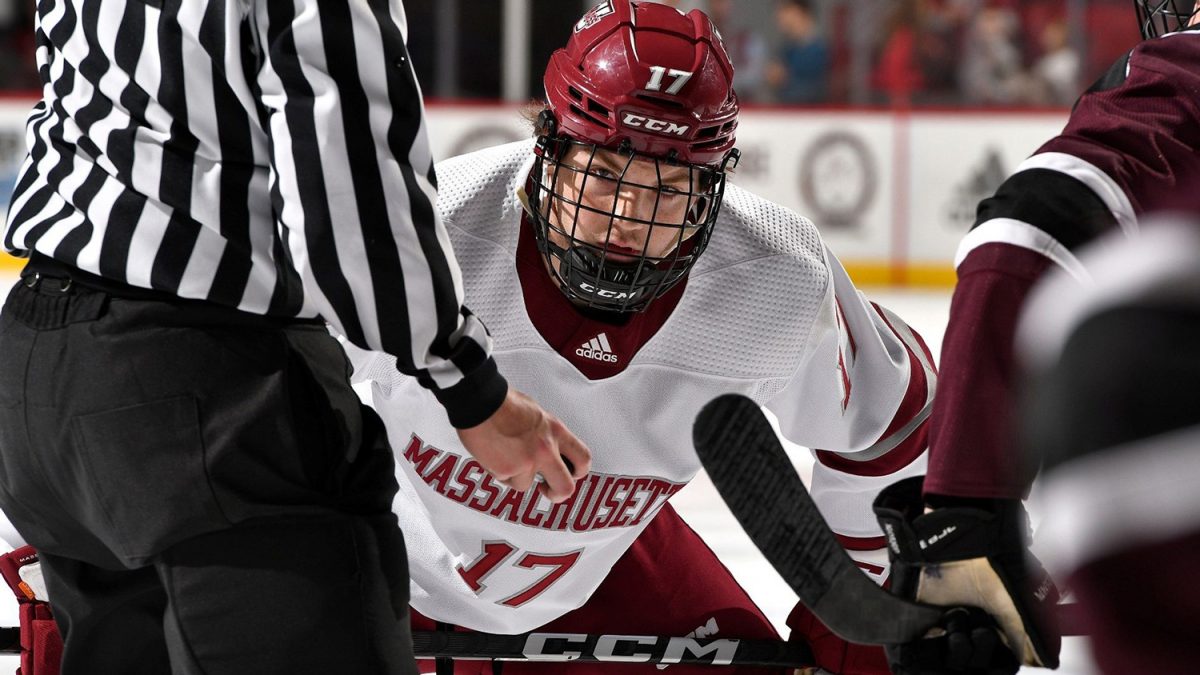 It’s certainly been an eventful start to the season for UMass-Amherst forward and LA Kings prospect Kenny Connors.

Entering his freshman season, coming off a summer that included being selected by the Kings at the 2022 NHL Draft, as well as attending his first NHL development camp and Team USA’s summer selection camp for the World Junior Championships, expectations were high.

Entering his 2022-23 season, which included joining a new team as he shifted from the USHL to the NCAA, Connors put his focus on building trust and relationships as quickly as possible.

“Coming into UMass, I wanted to do the best I could to earn the trust of the coaches and work as hard as I could,” he said. “My focus was to learn the guys and get to know them as best as possible and build chemistry on the ice.”

Connors accomplished that early in the season as he and his teammates swept a two-game series against the top ranked Denver Pioneers on October 14 and 15.

Not a bad start to a college career.

“I think beating Denver was a big step forward for the team and myself and the team’s confidence,” he recalled. “After those wins, I felt a lot more comfortable on the ice. I think my linemates and I have done a really good job so far as we’ve built chemistry down the stretch. I think the coaches have done a great job putting me in places they think I can succeed.”

During those two games against Denver, Connors notched both the first goal and first assist of his collegiate career.

A month later, now 11 games into the season, Connors is tied for the team lead in goals (4) as a freshman and sits second on the team in both points (11) and plus/minus (+3). The Pennsylvania native’s play has not only been recognized by his team, but also by the Hockey East Conference.

It’s not just the offensive accolades, however, that Connors takes pride in. In describing his own game, he referenced Kings forwards Anze Kopitar and Phillip Danault and their two-way play as role models for himself. They say some things are meant to be……perhaps Connors and Kings organization is one of them.

“I strive to be a 200-foot player who can play in all three zones and be trusted at all times in the game,” he said. “A lot like the guys the Kings have like Anze Kopitar and Philip Danault, they’re two of the best two-way centers in the NHL. That is the game I try and play. someone who is responsible defensively but can also produce offensively and score goals consistently. Having guys like Kopitar and Danault makes it easy to watch and try to model my game after.” 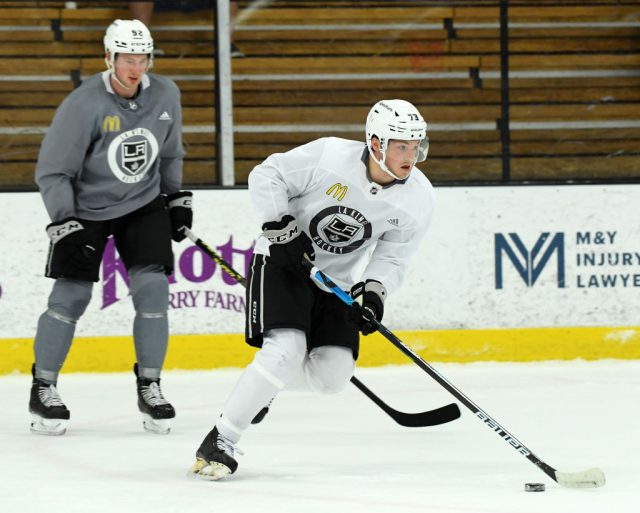 As far as being a King goes, Connors got his first taste of the organization over the summer, as he was selected by the Kings at the 2022 NHL Draft.

Over a two-day span in early-July, hundreds of draft hopefuls waited to hear their name called by one of the 32 NHL teams. Only 225 did. Of those picks, seven were made by the LA Kings, including Connors, who was selected 103rd overall, the team’s second pick of the event.

The even-keeled forward will never forget that moment as he and family in celebrated Glen Mills, Pennsylvania, a town 55 minutes west of Philadelphia.

“I spent the day with my family and just stayed in the moment,” Connors said in an interview earlier this week. “It was a really special moment hearing my name called and I was really lucky to have my family around me. Once I heard my name called it was great to connect with staff and begin my relationships with the members of the Kings organization.”

Just a couple of days after the draft, Connors joined his fellow prospects in El Segundo for a week-long development camp experience.

The self-aware Connors got a first-hand opportunity to see how his game stacked up against his fellow prospects, including several players with NHL experience. He used the camp as an opportunity to learn from those ahead of him.

“What stuck out to me the most was being able to be around guys like Quinton Byfield, Arthur Kaliyev and Jordan Spence who have all played games in the NHL,” he said of the experience. Having them skate with us and work out with us was really cool. We got a chance to see what they’re doing to play at the NHL level and could measure up against them to see what we can work on.”

Now with development camp and a strong start to the season behind him, Connors has his sights focused on what’s directly in front of him. He noted that he isn’t one to set a ton of goals, he’s just trying to help the team as best he can in the moment.

Currently ranked 15th in the nation, Connors and UMass have had a strong start to the season. When asked what he hopes to accomplish this season, Connors answered in humble fashion that he doesn’t put his focus on his future, but rather the team approach.

“I’m not a big goal setter, I don’t want to set expectations and be happy after a loss or mad after I win if I don’t succeed on goals I set,” he said. “I just want to help take the team as far as we can and be playing meaningful hockey when there’s just a few teams left at the end of the year. I want the team and I to be playing those important games at the end of the season. If we do that then I think we can call the season a success.”

As the season moves forward, Connors’ focus is to be the best player he can be, ignore the outside noise and do what he can to help his team win.

Perhaps a stint in the red, white and blue could be in his future as well, with Connors one of several players in contention to represent the United States at the World Junior Championships. Connors was named by Scott Wheeler of The Athletic as a potential option for the final roster as an older player who Team USA could opt to select for additional experience with a responsible two-way game.

For now though, it’s full steam ahead with the Minutemen. With an unquestioned passion and drive for the game, the true team player will do what he can in all three zones. Connors and UMass next play at The University of New Hampshire on Friday, November 18th as he looks to continue his strong start to the season. 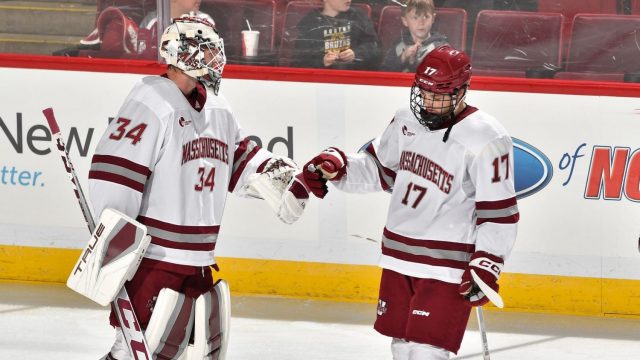 By Zach Dooley
339 Comments
Looking to the Future