A Not-So-Practice Report – Kings off today in Vancouver, McLellan talks process behind scheduling 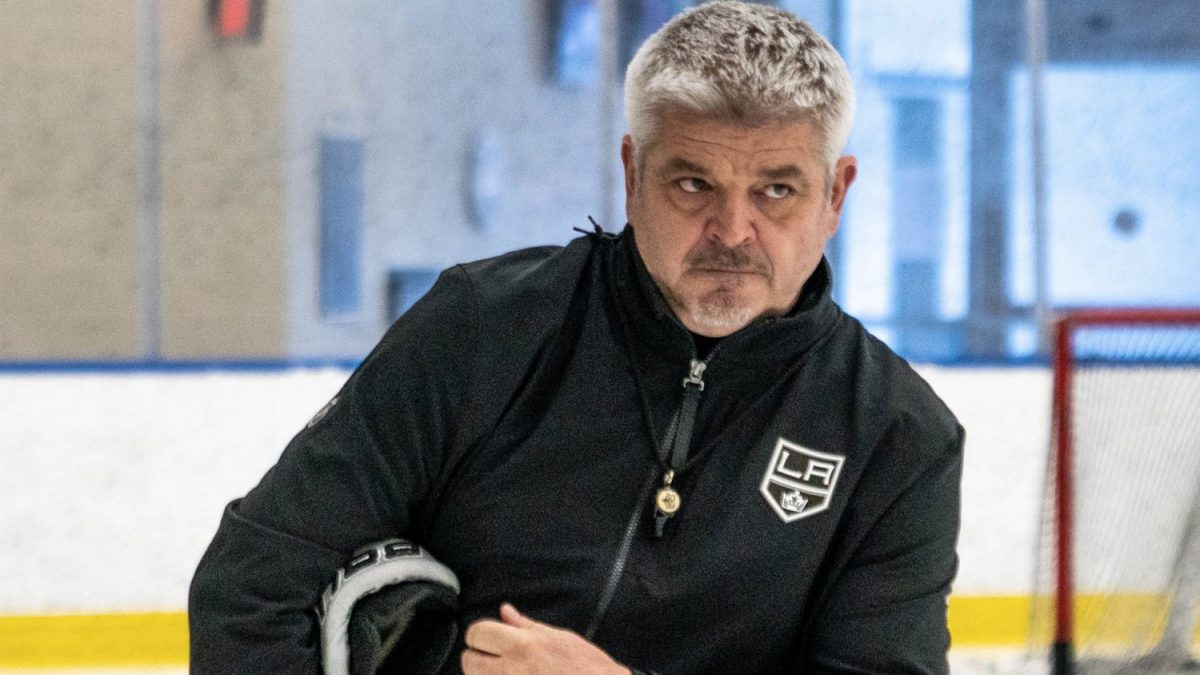 An off day today, Insiders.

When speaking before the game in Calgary, Todd McLellan detailed a bit of insight into how the staff planned to script this trip from a scheduling perspective. He indicated that he would likely give the team a day off somewhere on the trip and indicated that he would make that decision independent of emotion, independent of game results and everything that comes along with them. The Kings have had one of the league’s most aggressive schedules in the early goings – THE most aggressive schedule by games played – and will also finish the week on Saturday with the most road games played of any team in the NHL. We’re a month into the season and 29 percent of the away slate will be wiped out by the time I’m watching Elton John perform at Dodger Stadium on Sunday night

The aforementioned day off has come today, as expected, following a practice day on Tuesday in Edmonton. Coming off the game in Calgary, there were areas that needed to be focused on, which the Kings addressed via a combination of video work, on-ice instruction and on-ice execution. The results were certainly evident, as the Kings were on point against Edmonton last night, skating to an impressive 3-1 victory over the Oilers, playing the style of hockey they want to and need to play to find success.

That takes us to today, as the Kings will have an off day leading into the back-to-back set this weekend against Vancouver and Seattle. Those two games will compose the end of a 3-in-4 set, in three cities with two time zones and one crossing of the border, in between games of a back-to-back set. While the result in Edmonton certainly helps, what McLellan said on Monday inclines us to believe that today would have probably shaken out this way independent of such a strong performance yesterday evening.

McLellan indicated that he meets with team leadership regularly to discuss larger-scale schedule dynamics, such as team days off, as well as shorter-term issues such as what time to leave for the airport, or whether a practice might be better served a half hour earlier or an hour later and other things of the like. There’s an important dynamic there, as the Kings look for the optimal balance between practice time and rest. Both are key elements as the team has navigated a taxing early-season stretch.

“We’ll do that fairly often, we have to, because of the business of the game, the CBA, we have to make a schedule well in advance,” McLellan said, of how often he meets to discuss scheduling. “That’s not just the Kings, that’s everybody, but we’re also prepared to be flexible as the year goes on, the week goes on. There’s a real good chance we’ll find a day for our team to rest on this road trip and right now, we’re being scheduled for practice, but we’ll find a day, regardless of the results. There’s a need for rest, that’s really important.”

The Kings have already removed a practice day from the schedule a few times this season. It happened in Washington, at the end of an eight-day trip. It happened coming off of the second trip of the season as well, when the team got into Los Angeles well after 3:00 AM coming back from Chicago, with a practice day on the calendar the next day. Despite a couple areas of the game the Kings wanted to address, was it worth it to bring the group in on 4-5 hours of sleep after a long flight to address them? The answer was a resounding no and the Kings responded with a 4-0-0 homestand following that trip.

As McLellan detailed, the cancellation of that practice after the Chicago flight was likely coming either way, not based around emotion. As was changing today from a practice day to an off day. McLellan addressed the notion of removing emotion from the equation when making these types of decisions. The emotional side of last night’s game likely would have been a positive influence, when looking at how well the Kings played. But were it a poor performance, it would not have changed the need for rest heading into a difficult back-to-back set this weekend against Vancouver and Seattle.

“One of the things that I’ve learned is take the emotion out of decisions like that, make them and then live with it,” McLellan said. “So obviously, in Chicago if we had lost 10-1, we’d want to bring them to the rink and let’s fix this, but we make those decisions in advance.”

McLellan has referenced Assistant Coach Jim Hiller a couple of times early in the season when discussing the difficulty the schedule has presented. Hiller has coached in Toronto, New York and Detroit, all teams that play in the Eastern Conference, with an Eastern Conference schedule. It’s no state secret that travel is substantially more taxing on the teams in the Western Conference and Hiller is experiencing that as a coach for the first time.

I actually think the first time McLellan made reference to Hiller and that comment was after the first trip of the season, when the Kings were less than ten games in. Now, with the 20-game mark on the horizon tomorrow, it’s certainly closer, but the heaviness of where the Kings are at right now is certainly higher.

“It’s interesting because we’re not even at Thanksgiving yet and I believe I’ve said this before, Jimmy Hiller comes from the East and he said it feels like we’re at the 40-game mark already,” McLellan said. “I think that’s a good sign for us, because that means we’re in it. We’re emotionally involved in a race early, we’re stressed when we’re losing, we’re trying to find ways to get better when we’re winning and I’m not just talking about the coaching staff I’m talking about the players. This road trip, we’re staying relatively close to home if you will, just one time-zone change really and I think that will help us a little bit, whereas the last two were all over the map.”

Speaking with forward Viktor Arvidsson last week, he said that he has yet to experience anything like this schedule throughout his career, which has mostly been spent in the Eastern Conference with Nashville, though he went through his debut season in LA with a much more normal go of it. Others have said similar things about the early-season imbalance. This season’s schedule to date, even for a veteran player like Arvidsson, has been a tough one.

Looking ahead, it’s games 20 and 21 tomorrow and Saturday, before the Kings return home. The Kings and Canucks will be the only game in the NHL tomorrow, before 30 of 32 teams play on Saturday. When the Kings do get back to California, more than a quarter of the season will be gone, with 21 games from 40 days, and that is absolutely bananas. The schedule will be based in California for the two weeks following, with only a quick trip to San Jose sandwiched between five of six games on home ice in Los Angeles. But that’s looking a bit too far ahead right now. Four big points against divisional opposition are on the ice this weekend and the Kings have their sights strictly set on tomorrow’s matchup with the Canucks.

Coming up later on today, we’ll have a feature story from our prospect contributor Jack Jablonski on forward Kenny Connors, who has gotten off to a fast start to his first NCAA season with UMass. We’ll also take a look into Viktor Arvidsson’s play of late, with the veteran winger reaching the 300-point mark last night in Edmonton!

*Kinda ironic that the practice in Vancouver is the one that was cancelled, isn’t it? Click the logo anyways will ya?

By Zach Dooley
108 Comments
Behind the Scenes